We are excited to share with you this Cover Reveal for Christina Bauer's The Dark Lands, the fifth installment in the Angelbound Origins series! It's a beautiful and dramatic cover...isn't it?!? What do you think?!? Well then...check it out and pre-order your copy today! 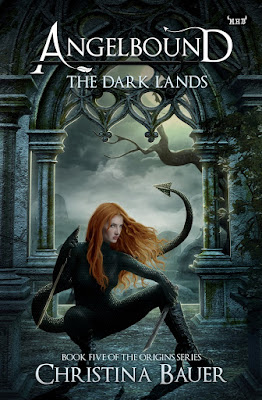 *Note: All pre-order links are live, except B&N and iBooks*