We are absolutely thrilled to reveal the cover for Undercover Empath, the first book in a brand new series, by the International bestselling author, RaShelle Workman! Isn't it beautiful!?! 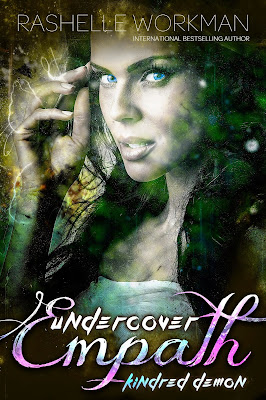 Synopsis:
Nineteen-year-old detective Rose Hansen has a secret. She can read a person's intentions by touching their hands and that's the least strange thing about her.

Only one person knows, her partner Jack.

At least that's what she believes until a handsome, shirtless stranger appears on her doorstep in small town Blush Valley, California. He leaves her an envelope, but not before articulating his disappointment in her for ignoring her powers. The contents send Rose on a path toward the supernatural, solving her parents' murders, and possibly even saving the world.

Aside from that, Rose and her partner have two important cases they're working. The first involves a missing child. The other is the death of a stripper. Once it is ruled a serial killing, a very hot FBI agent from L.A. shows up and is given lead. To make maters worse, he asks her to go undercover. As a stripper. And that is just the beginning of her troubles... 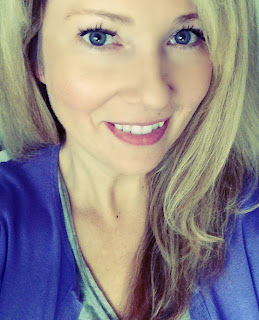 RaShelle Workman is a bestselling author, wannabe chef, and dog lover. She's publishing a brand new series entitled Undercover Empath with her amazing publisher, Curiosity Quills. She's also been self-publishing since 2011 and has no interest in stopping.

Her motto is: Love Hurts. Love Heals. So Love Hard! And it shows in the different genres she writes.

Her most popular series to date is Blood and Snow, a reimagining of Snow White with a vampire twist. There are several series within the Blood and Snow world, all inspired by different fairy tales, including The Cindy Chronicles, The Beastly series, and The Ever After series as well as several short stories. In 2016, she's releasing a new adult series from the world entitled The Dark Moth Society. The series has sold more than a million copies worldwide since release of the first book in 2012.

RaShelle is also the author of The Immortal Essence series (YA sci-fi romance), Sleeping Roses (contemporary romantic suspense), and Across the Ages (YA time travel romance). Her books: Sleeping Roses, Exiled, Beguiled, and Dovetailed have foreign rights contracts with a Turkish publisher.

Currently, RaShelle lives in Utah with her husband, three children, and their three dogs.