BOOK BLITZ: Somewhere With You by Britney King

Welcome to the exciting Book Blitz for Somewhere With You by Britney King!

Synopsis:
This is the tale of first and last loves. And those that come in between…

Jack Harrison is a relentless overachiever who leaves little in the way of compromise. A businessman to the core—he's hell-bent on being at the top of the food chain. After all, no one can trip you up if you’re on top, as he likes to say. The problem for Jack is there’s only one thing that continually trips him up—and that’s her.

Amelie Rose, with a name like poetry and a heart of gold, as her father always said, is a free-spirited photographer who has managed to land a job at one of the top travel magazines in the world. This is both a blessing and a curse since Amelie never stays in one place for long and has refused to commit to anything—ever.

It might seem to the casual observer that these two have almost nothing in common. But fate would disagree. The story chronicles Jack and Amelie’s lives from childhood into adulthood, beginning when they meet as then eight- and ten-year-olds at summer camp specifically designed for children who’ve lost too much.

As fate steps in, and that first summer seals the deal, they come to depend on each other in ways neither of them expected, with each summer bringing them closer than the last. As they come to terms with life and loss, with hanging on and letting go, they’ll teach each other that some bonds are meant to last. Together, they will travel the world, meeting in various places where they’ll come together, and fall apart, all the while struggling to discern if the other could possibly be the one.

This unlikely love story takes us on an adventure where two people come of age, fall in and out of love, and question the role timing plays in it all.
Their story is proof that neither time nor distance—perhaps not even death—can destroy what love creates.


If you’re reading this, then you’ve probably just had your heartbroken for the first time. Or at least it feels that way, anyway. But I want you to remember, son, that this isn’t the first time (nor will it likely be the last) that you’ve felt this way. You’ve been through so much already, and if you’re reading my letter, then obviously, you’ve survived thus far. And while it may not feel like it just now, you’ll survive this, too.
There are so many things I want to tell you about love, Jack. Oh, how I wish I were there to tell you this in person, to hug you, and hold your hand. Though,I’m guessing at this age, you might not like hand holding so much anymore. I try to picture you, what you look like now, where you are as you’re reading this, and it brings me so much joy to think of you all grown up. I looked in on you tonight as I’ve done every night since the day you were born, and as I watched you sleep, I pictured the man you’ll become. It’s hard not to feel a little bit bitter knowing I won’t be there to see it all. Oddly enough, though, it is with that sentiment that I want to tell you about love. If you are reading this and your heart is broken, you are lucky, Jack. I want you to pause a moment and let that really sink in. You are so damned lucky. Feeling this way, it means that you are living and more importantly—that you are loving. You cannot know how lucky you are to love until you’ve felt the immense pain of having to let that love go. It is a part of life. And as I am learning, it is also a part of death. Do not waste it. Do not play small. Lick your wounds, but then get back out there. Love harder next time. Most people don’t do that, you see. They get hurt once, and they hide behind it. They use it to excuse themselves into living guarded lives, never quite feeling the passion, the love that they are capable of. But not you, son. Don’t make that mistake. And I hope that if you consider taking that route, you’ll think of me and you’ll feel my love and know that even though I may have lost my battle, that I didn’t go down without a fight.
Neither will you, my love.
Neither will you.
I love you always,
Mom

P.S. Tips for healing a broken heart: time, above all else (don’t worry, you won’t feel this way forever), ice cream, and meaningful work. Now is the time to start a new project, Jack. Try something new, throw yourself into it, and let yourself get lost in it. You’ll come out all right in the end. You always have.

For those of you who prefer it straight up, no chaser: Mama to five. Lover of Life. Writer. Juggler extraordinaire. That just about covers it…

The extended version and in third person no less : Britney King is married to a man she adores (when he isn’t driving her crazy) and is the mother of FIVE amazing kids, who (surprise!) also have a habit of driving her crazy, her best guess is that it’s genetic. In addition, she founded a local network for women in 2012, which has grown to almost 800 members. Currently, she occupies a job she loves- serving and running Austin Women’s Network. To further prove that she may in fact be certifiably insane, she decided to publish her debut novel entitled, Bedrock in May of 2013. Then and only then, could she consider her training to be an expert (life) juggler complete. 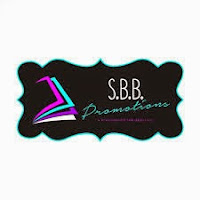