Welcome to the Official Blog Tour  + Giveaway for Royal Wedding, the eleventh book of The Princess Diaries series, by Meg Cabot!

Synopsis:
From the #1 New York bestselling author of The Princess Diaries series, comes the very first adult installment, which follows Princess Mia and her Prince Charming as they plan their fairy tale wedding--but a few poisoned apples could turn this happily-ever-after into a royal nightmare.

For Princess Mia, the past five years since college graduation have been a whirlwind of activity, what with living in New York City, running her new teen community center, being madly in love, ad attending royal engagements. And speaking of engagements. Mia's gorgeous longtime boyfriend Michael managed to clear both their schedules just long enough for an exotic (and very private) Caribbean island interlude where he popped the question! Of course Mia didn't need to consult her diary to know that her answer was a royal oui.

But now Mia has a scandal of majestic proportions to contend with: Her grandmother's leaked "fake" wedding plans to the press that could cause even normally calm Michael to become a runaway groom. Worse, a scheming politico is trying to force Mia's father from the throne, all because of a royal secret that could leave Genovia without a monarch. Can Mia prove to everyone--especially herself--that she's not only ready to wed, but ready to rule as well?

I know it’s selfish, but I hope to God if there’s anything off with him, it’s because he’s passing another kidney stone, like the one he had last May—even though he said it was the most painful thing he’d ever experienced in his life—and not because he’s thinking about breaking up with me. I’m sure he’d like to experience a normal relationship with a girl who can casually leave work on a Friday night to meet for drinks at a bar without first having to have it checked for bombs or be escorted by bodyguards or followed by a phalanx of photo-hungry press.

But I love Michael and I will seriously lose my shit if he dumps me.

Meg Cabot is a #1 New York Times bestselling author of books for both adults and tweens/teens. There have been over 25 million copies of Meg's nearly 80 published books sold in 38 countries. Her last name rhymes with habit,, as in "her books can be habit forming." She currently lives in Key West, Florida with her husband and various cats.

I really can't believe that I haven't read this series...yet! Sure...I'm familiar with the movie adaptations, but it's not the same as reading the books. However, I did love the movies...so did my daughter! Anyways, after reading Royal Wedding and loved it; I am definitely going to read this series from the beginning...haha!

Meg Cabot wrote an amazing "grown up" story with these beloved characters that many fans have "watched" grow up. Now, everyone is grown up and have adult issues to deal with. Royal Wedding is told in Mia's point of view in "diary entries" style; hence, the name of the series. Readers will follow Mia with all her ups and downs of being an adult, a princess, and a single woman dealing with everything that comes with being an adult royal. And, the best part, readers will totally enjoy it...Royal Wedding is a multi-layered story about love, relationships, and obligations that our favorite princess has to deal with...all at once.

For someone who hasn't read the series yet, I was definitely not disappointed. I found myself smiling delightfully, in tears laughing, and, at times, giggling, as I read the book. What also added to the fun in reading Royal Wedding is that...because of the movies, I actually pictured the cast's faces to these lovable characters...haha! Be it not all, but most, especially Mia and Michael. Plus, I am now determined to read the series from the beginning; it will be a while, but I will...haha! I now have to get the entire series! 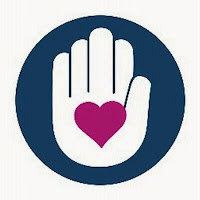