About the Show
Based on the wildly popular comic book series Hellblazer from DC Comics, seasoned demon hunter and master of the occult John Constantine (Matt Ryan, "Criminal Minds") is armed with a ferocious knowledge of the dark arts and a wickedly naughty wit. He fights the good fight - or at least he did. With his soul already damned to hell, he's decided to abandon his campaign against evil until a series of events thrusts him back into the fray, and he'll do whatever it takes to protect the innocent. With the balance of good and evil on the line‎, Constantine will use his skills to travel the country, find the supernatural terrors that threaten our world and send them back where they belong. After that, who knows... maybe there's hope for him and his soul after all.
The cast also includes Harold Perrineau (Lost) as Manny and Charles Halford (True Detective) as Chas.Writer Daniel Cerone (The Mentalist, Dexter) serves as executive producer with David S. Goyer (Man of Steel, The Dark Knight Rises). Constantine is produced from Bonanza Productions in association with Warner Bros. Television. The show is based upon characters published by DC Entertainment.
Stay connected with Constantine
Website

Overall, I loved this episode. It definitely touched faith and religion. During a time of hardship, even the smallest "miracles" can turn anyone to believe...and, that's what happens at a place that is apparently on the scry map. Huh...we're pretty much connecting the "bloody" dots...haha! 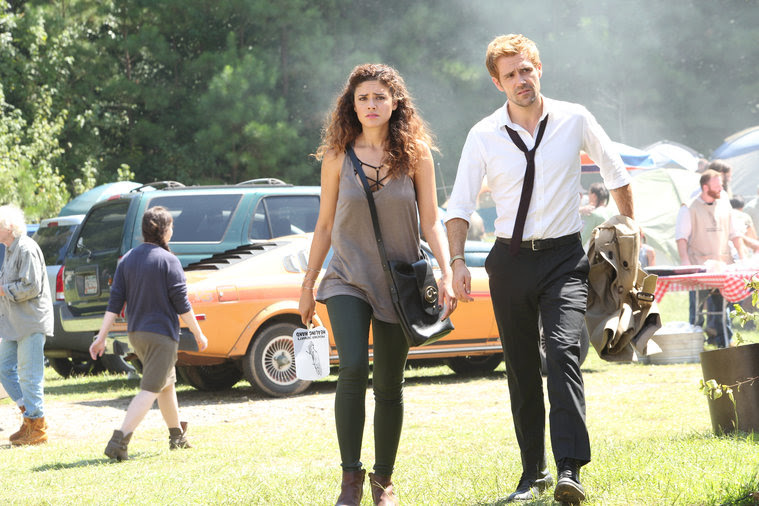 I found it very interesting that we are learning more about the angels, including the fallen ones. It's interesting how this episode revolved around the issue of "blind faith"...especially when where this divine "miracles" came from. Again...I loved the twist of it! Yes, all that healing came from diving beings...angels... but which ones. Once that confession came, John was able to figure it out, albeit too late, he still figured it out...haha! Now, of course, when it comes to magic, using it always has consequences... that is very much apparent. 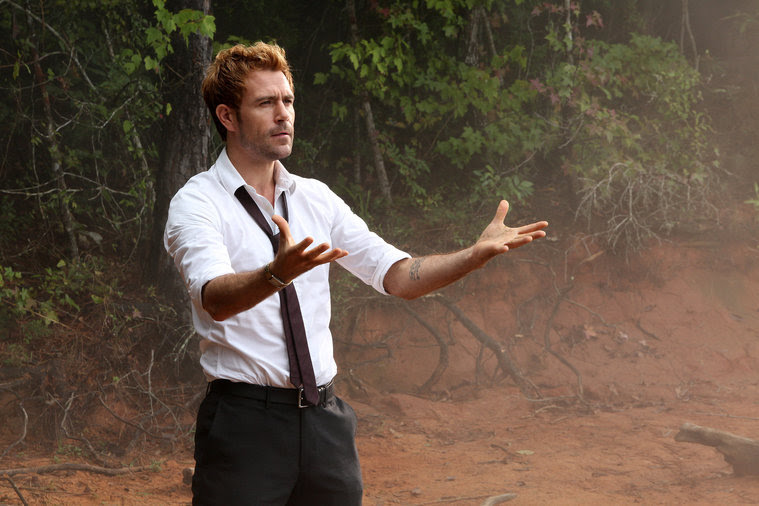 Plus, finally, we got to see more involvement with Manny. Yes! we got to see Manny play an important part in getting involved with the whole "rising darkness" that's tying all these episodes together. We got to learn more about the angels, including a fallen one. Not only that...we got to see more of John's knowledge of magic...as he casts a protection spell, even a summoning spell. 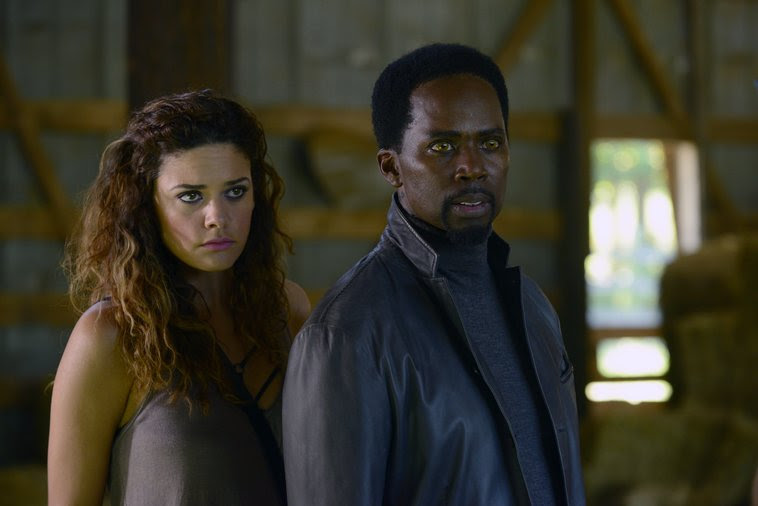 Hmmm...interesting. We are learning more and more about these characters and all these subplots...and how these all tie together. I am so looking forward to more!

Photo Gallery of "Blessed Are the Damned"

Watch a highlight from this episode of "Blessed Are the Damned"

Here's an Episode 8 "The Saint of Last Resorts" Preview!

Get ready for an epic cliffhanger!

Watch Constantine on Fridays at 10/9c on NBC!

Posted by Jasmine Albitos at 9:32 PM