NERD BLAST: The World of Aluna by Paula Garcés

Today, we are kicking off a 5-day Nerd Blast + Giveaway for The World of Aluna comic book by Paula Garcés! So... Check it out and grab your copy now!! Signed hard copies can be purchased, too!!! 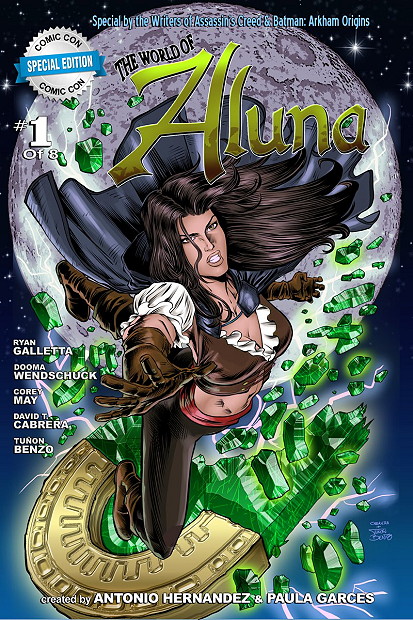 Synopsis:
A conquistador, Francisco Cortes, interrupts a ritual in the jungles of South America and encounters the powerful Goddess – Pachamama. Back in Spain years later, his young daughter, Aluna, would rather spend her time fencing with her friend Antonio than take dancing lessons. When Francisco gives Aluna a strange green gemstone, she discovers that she has supernatural strength. But is this a blessing or a curse?

Visit The World of Aluna today!!! 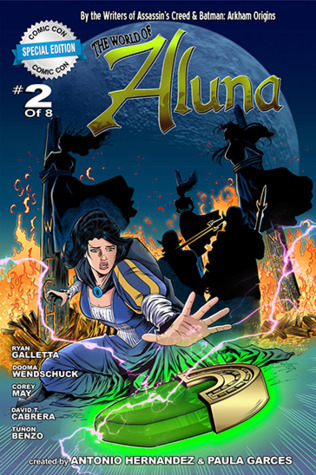 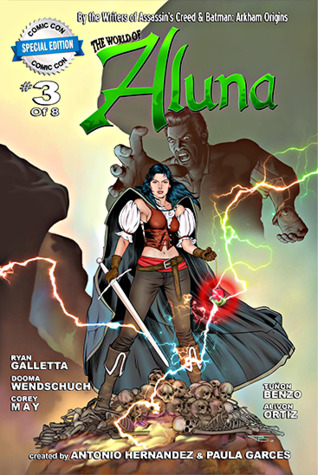 **About the Author**
The Colombian-born actress, producer and writer, Paula Garcés has been breaking down barriers and opening doors for Latinos in Hollywood. One of the first Latinas to star in hit daytime soaps like All My Children and Guiding Light, on the small screen Ms. Garces have starred in hit primetime shows such as The Shield, Defying Gravity and Warehouse 13. Her acting credits also include recurring and guest starring roles on The Sopranos, Law & Order: SVU, CSI: Miami, The Good Wife, Elementary, Knight Rider, Chase and Breakout Kings. Recently she starred as fan favorite Flora Hernandez in Marc Cherry’s hit Lifetime series Devious Maids. On the silver screen, Paula is best known for her starring roles in films like Dangerous Minds, Clockstoppers, Marci X and the cult-classic film franchise hit Harold & Kumar Go to White Castle and its two wildly successful sequels: Harold & Kumar Escape from Guantanamo Bay, and A Very Harold & Kumar 3D Christmas as fan favorite: Maria, which combined grossed well over $100 million dollars worldwide. At the 2014 Hamptons International Film Festival, Ms. Garces received rave reviews for her performance in the critically acclaimed The Maid’s Room, directed by Michael Walker. Expanding her career further in 2010 Paula Garces created, executive produced and starred in The Look for NBC/Universal Mun2 network for 3 seasons, in 2011 she co-created and became the voice behind the popular Latina Superhero character “Aluna”. Aluna to date is being chosen online for play more than 90 thousand times a day world wide. Due to high demand her NEW “Aluna” comic book series co-created by her and written by the Team behind the Assassins Creed Franchise, Batman: Arkhem Origins and Prince of Persia, will be released at San Diego Comic Con 2017. Garces can next be seen starring on TNT’s hit show Major Crimes and Netflix original comedy series On My Block. Paula is currently developing Aluna’s TV pilot (based on her very popular Latina Super Hero game/comic books) and all of her hard working ethics and talent has brought her to such great success which will continue to take her to greater heights as she continues her 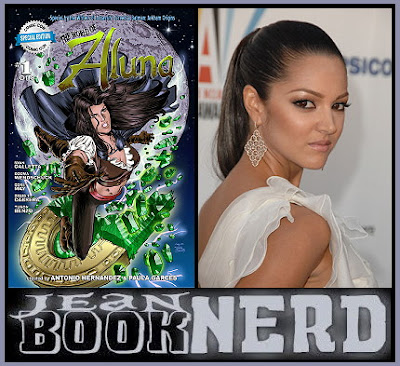