We have a 5-day Nerd Blast + Giveaway for Leo Aquino's Peet, the Creature with Big Feet! So... Check it out and help support Leo with an exclusive Kickstarter Campaign for this cute children's book!!! 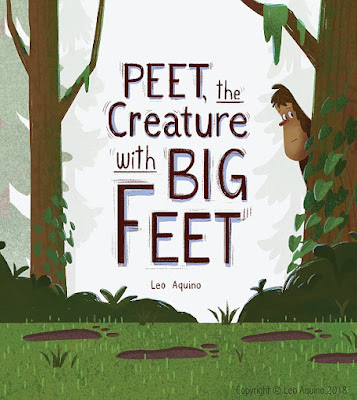 Synopsis:
Peet is a big footed creature who is always on the run. He’s constantly hiding because he’s scared of what the other animals may think of him and his big feet. He can barely sleep at night because his struggle with insecurities never rests.

One night he was so tired from running that he managed to fall asleep. The next morning Peet wakes up and spots an unusual sight. He sees Squirrel and other animals heading west together. Peet decides to hide and wait for the animals to head over the hill where they could not see him.

Though when Peet feels secure with the animals gone, he spots a forest fire heading his way from the horizon. With no hesitation, Peet quickly runs towards the water to save himself. But when he has a moment to reflect, he realizes that he’s done something awful. He’s left all the animals behind who know nothing about the forest fire heading their way. Peet had to make a choice: Stay put and be safe? Or, head back and save the others?

Peet takes a deep breath and makes the right call. With the power of his large feet, he makes it back to the group of animals before the fire is able to. He tells the animals that a forest fire is heading their way and there no time to waste. The animals panic, but Squirrel comes up with a great idea. He suggests that Peet use his big feet to smash a large rock blocking their only exit. Peet steps up and gives the rock a great kick and breaks it with one swift hit.

Peet heroically leads the group of animals straight to safety over the water. Seeing rain clouds heading directly over the forest fire makes the group feel a sense of relief.

Squirrel reassures Peet that he shouldn’t be ashamed of his feet and it’s ok to be different. All the animals in the forest are unique too. Peet never has to hide again because from now on they are all friends. 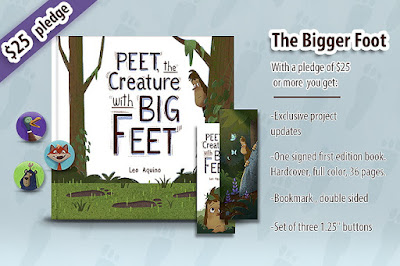 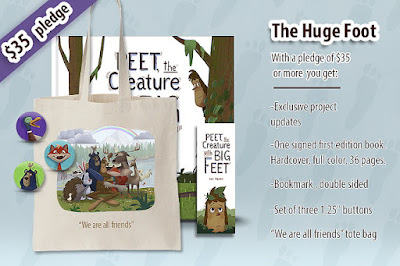 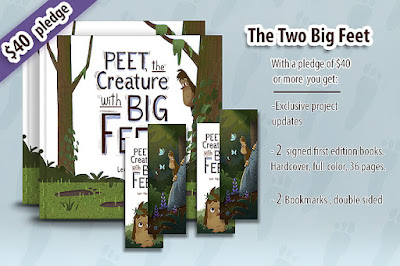 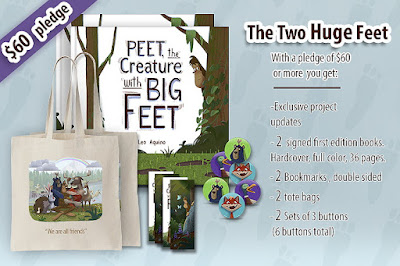 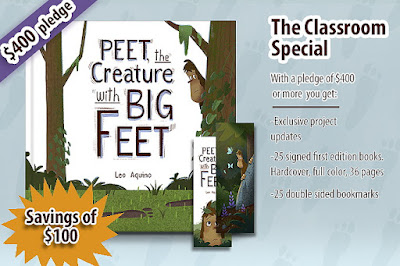 **About the Author**
Leo Aquino grew up in the Bay Area. As a boy, he loved drawing his favorite cartoons, such as the Teenage Mutant Ninja Turtles and Dragon Ball Z. He hoped that someday he could grow up and draw for a living. Now, he is lucky to have been working as a professional artist for eleven years. From Disney Interactive to Jam City, Leo has had the opportunity to illustrate iconic characters such as Snoopy and Charlie Brown, Belle & the Beast, and the whole cast of Monsters Inc. to name a few. Most recently, Leo was inspired by his many nieces and nephews to write and illustrate his first children’s book, “Peet, the Creature with Big Feet.” Leo hopes that his art and stories can inspire the next generation to shake off their fears and follow their dreams. When Leo is not illustrating, he loves longboarding and making pizza in the Napolitano style. He currently lives in Portland, Oregon with his girlfriend and their cat, Charlie. 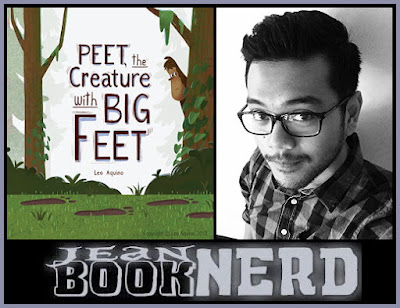