COVER REVEAL: Apocalypse 5: Archive of the Fives by Stacey Rourke

We have a Cover Reveal for Stacey Rourke's Apocalypse 5, the first title in the Archive of the Fives series! Take a look at that beautiful cover. Check it out and pre-order your copy today!!! 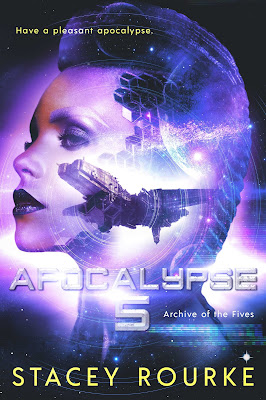