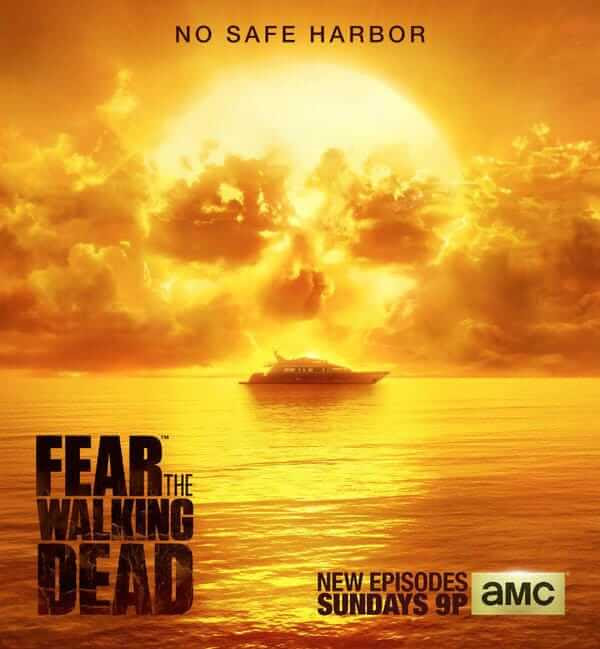 Episode 5 Synopsis:
Alicia works to reunite with her family. Travis meets a familiar face. Madison and Nick lead a charge to save their family against all odds.

*My Thoughts*
Travis and Alicia are now captives...where? We don't know. It looks like this Jack that Alicia was talking to on the radio is part of this group. Why they took them, we still don't know.

Apparently, Jack had some say about why they took Alicia. But, why take Travis? At first, I figure they will use him as their Mr. Fix-it. But, we soon learn that Alex from Flight 462 is the reason why Travis was taken. She definitely held some hard feelings towards Travis...he did, after all, made that decision for them to stay on the raft.

Reed is injured and threatens them!?! Really!?! Funny...when he's the one tied up and with a crowbar in his side. But, Salazar got all the information he needed to find and rescue Travis and Alicia. However, Chris feels guilty since they were taken. Well, Chris seems very troubled since his mother was killed. Now, it seems that he's feeling alone...since he feels that he lost his father as well. Deep down...he's just a scared kid. Although he's resentful towards his father because his parents split, and since Travis killed his mother. This whole "end of civilization" is taking its toll on everyone.

Come to find out that Alicia was not the one who told Conor and associates about them. Alex from Flight 462 is the one who gave them up. Well, why wouldn't she...she's stranded on a raft and close to death. What was she supposed to do? She was left alone with her dying friend...she's angry! Alex is definitely strong-willed. It will be interesting Madison and Travis get away on the Zodiac and retrieves Alicia in the water.

I wonder what Salazar's story is... He's hearing voices? He's getting lost in his thoughts. Something is triggering this in him... I think we need to learn more about Salazar's past which will probably explain a lot.

Strand is still out of it while he recovers. Luis is not happy that they are on the yacht and that they had to detour to save Travis and Alicia before going to Mexico. Hmmm... What awaits for them in Mexico? Who is Luis paying for passage into Mexico? Has Mexico been affected...yet?

In the end, family comes first. Children have to grow up. And, hard decision have to be made.

There is so much more to learn about these characters. So far, we've learned about Strand...and who this Jack is. It looks like we are learning a bit about Salazar. It's definitely interesting how different their stories are, but yet, they make it work in order to survive. The next question is... Will they all make it to Mexico?