We are thrilled to kick off this exciting Blog Tour for Amalie Howard's The Fallen Prince, the second novel in The Riven Chronicles! Today, on my tour stop, I am sharing an exciting excerpt! Plus, enter the cool blitz-wide giveaway...at the end of this post! 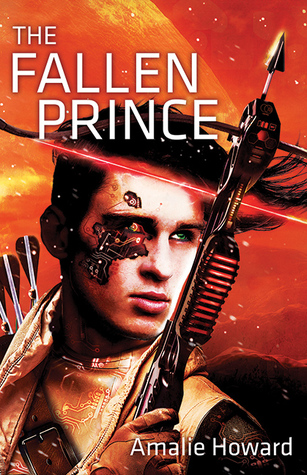 Synopsis:
Riven has fought for a hard-won peace in her world, and has come to shaky terms with who and what she is—a human with cyborg DNA. Now that the rightful ruler of Neospes has been reinstated, Riven is on the hunt for her father in the Otherworld to bring him to justice for his crimes against her people.

But when she receives an unwelcome visit from two former allies, she knows that trouble is brewing once again in Neospes. The army has been decimated and there are precious few left to fight this mysterious new threat.

To muster a first line of defense, her people need help from the one person Riven loathes most—her father. But what he wants in return is her complete surrender.

And now Riven must choose: save Neospes or save herself.

*Excerpt*
As the last two people disappear behind Caden and his two Faction guards in a blue haze, I take a breath and hit the coordinates on the keypad.
Era’s eyes meet mine. Even in a wheelchair she still looks fierce. “Remember your promise.”
I’m not sure whether she means my promise to not get in the way or my promise to defend Neospes with my life. Maybe they’re one and the same. “I remember.”
I hit ENTER.
The wind sucks at my gut, pulling me in toward my belly-button as if every part of my body is dissolving and coalescing into that one point. I keep my eyes open for as long as possible, watching time elongate on all sides before the wormhole breaks me into a million pieces. The nanobes harden around my cells, making them impervious to the gravitational changes in pressure. For a second, I feel invincible.
Unbreakable.
At the midpoint of the transition, all is silent, like being in the center of a storm before things start picking up. I’m snapped back together again, disparate cells rushing together toward the whole. As I exit the jump, everything explodes into motion at once.
Voices are coming at me from every direction—screaming and yelling. My ninjatas are out of their harness and in my hands before I can blink. The hot glint of metal reflects o the bodies surrounding us, the sour scent of rotting flesh filling the air. Reptiles—hundreds of them. 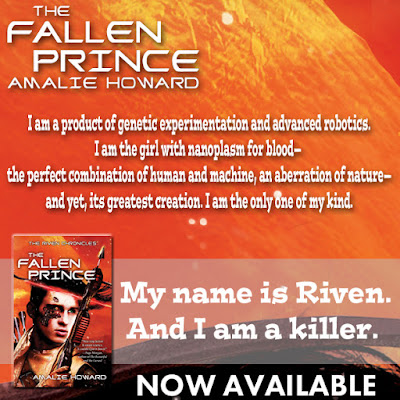 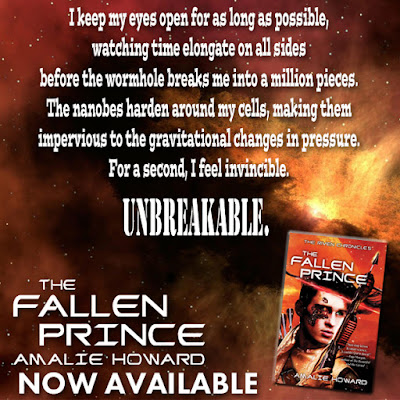 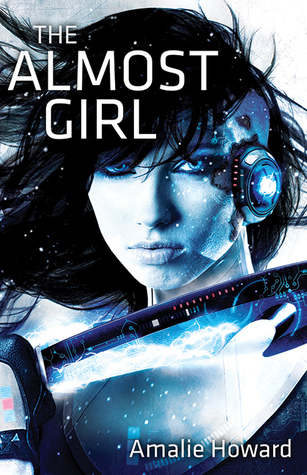 Praise for The Fallen Prince

"[P]acked with action . . . Imagery is the highlight of this book."—VOYA
“A parallel-dimension–jumping cyborg soldier must make questionable alliances to save her country from an existential threat in this sequel to The Almost Girl. [O]ffers a solid conclusion.”—Kirkus Reviews

“This sequel to The Almost Girl was everything I wanted: non-stop action, smart science, new and intriguing characters, and a satisfying romance. I couldn’t put it down!” —Page Morgan, author of The Beautiful and the Cursed

Amalie Howard grew up on a small Caribbean island where she spent most of her childhood with her nose buried in a book or being a tomboy running around barefoot, shimmying up mango trees and dreaming of adventure. 25 countries, surfing with sharks and several tattoos later, she has traded in bungee jumping in China for writing the adventures she imagines instead. She isn't entirely convinced which takes more guts.

She is the award-winning author of several young adult novels critically acclaimed by Kirkus, Publishers Weekly, VOYA, and Booklist, including Waterfell, The Almost Girl, and Alpha Goddess, a Spring 2014 Kid's INDIE NEXT title. Her debut novel, Bloodspell, was a #1 Amazon bestseller, and the sequel, Bloodcraft, was a national silver IPPY medalist. She is also the co-author of the adult historical romance series, The Lords of Essex. As an author of color and a proud supporter of diversity in fiction, her articles on multicultural fiction have appeared in The Portland Book Review and on the popular Diversity in YA blog. She currently resides in Colorado with her husband and three children.