We had the great pleasure to attend a fun author event at Kepler's Bookstore in Menlo Park, California....for the first time! I was definitely excited! Kepler's has hosted various events that I would have loved to attend, but of course, location doesn't work for us since we live in Southern California...haha!

Well, it just so happened that it was time to take Mariah back up to Davis to start her second year at UC Davis. When news got to me that these amazing authors were going to be having an event, I purchased tickets.

On the day of the event, we took a short drive (about 2 hours) to Menlo Park for this exciting event. This was our first time going to this bookstore since we weren't exactly local to the northern part of California. It was a beautiful and sunny Friday afternoon as we made our way to Menlo Park.

When we arrived to Kepler's, a few fans had already started to line up outside the bookstore. Being that it was our first time to an event at this store, we definitely asked questions. The staff was extremely helpful. Thankfully we got there early allowing us to have a good spot in line. Yay! Soon more fans for this ticketed event started to line up. Of course, "check-in" started about an hour before the event, and everyone had filed in to take their seats. We even noticed various reserved seating for the authors' guests. The few that I noticed with reserved seatings were author Sabaa Tahir (An Ember in the Ashes) and Sophie (Mundie Moms).

After a little intro and a reminder of event/store etiquette by the event host turned over the mic to Sophie to introduce the evening's special guests! Luckily, we were able to record the event...thanks to Kepler's... We are able to share the fun and laughs we had with Cassandra Clare and Holly Black!

After all the Q&A, lightning round, and laughs, the book signing followed. Due to the large turnout, posed pictures with the authors was not allowed. We were allowed to line up for the signing as long as each person had a copy of either The Iron Trial and/or The Copper Gauntlet...They are, after all, celebrating the release of The Copper Gauntlet. As a bonus, Cassie allowed 2 other books of hers and Holly allowed as many of her books to be signed. After Cassie and Holly were set up at the signing table, the staff released the audience, row by row, to the signing line. It was great! Everyone followed the rules and lined up in an orderly manner! Wow!!! The excitement was definitely undeniable, but still everyone was so well-controlled. I've been to several book events, and I was definitely impressed at how Kepler's organized and maintained conduct during the event, especially when it was Cassandra Clare and Holly Black. We totally enjoyed our time there...even the husband laughed with the audience!

It was also great to see fellow fangirl, Mina of My Fangirl Chronicles, at the event! That's another bonus to attending author events! Meeting booknerds and meeting up with fellow booknerds just adds to the fun and excitement!

Well, I can go on and on, but I think the video will pretty much cover most, if not all, of the Q&A of the event. But, here are a few photos from the event! 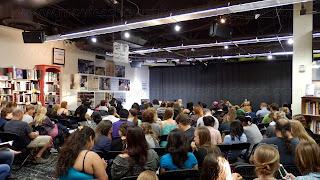 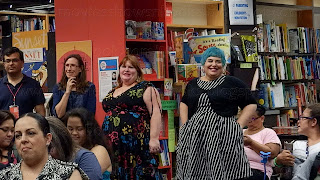 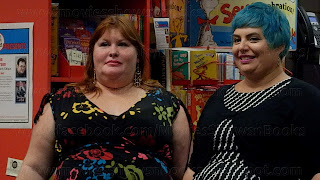 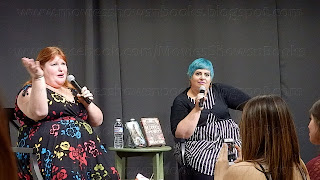 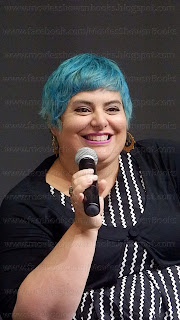 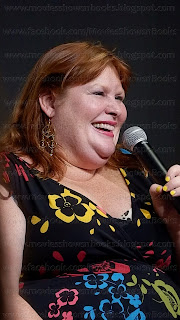 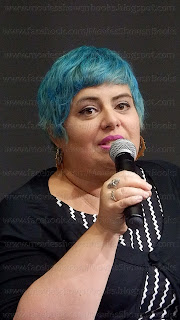 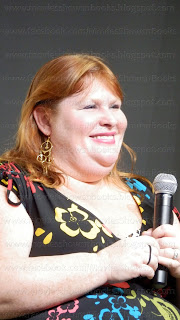 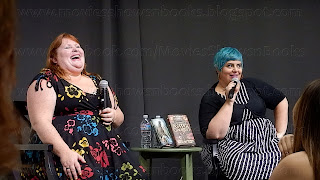 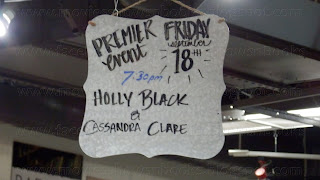 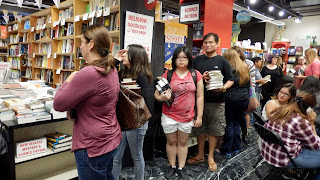 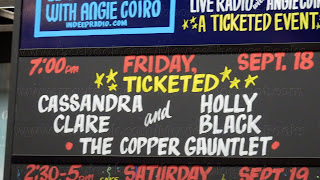 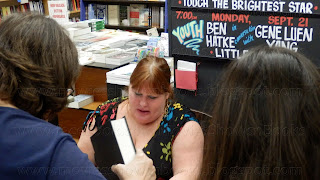 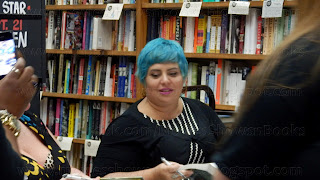 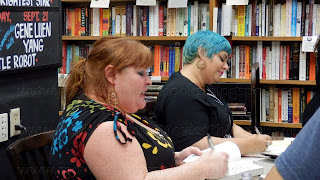 For more photos, go to: Movies, Shows & Books on Facebook

Now, if you live in that area and you want to know more about events happening at Kepler's Books, go to: http://www.keplers.com/

Posted by Jasmine Albitos at 11:00 PM