Welcome to the Official Blog Tour for Shrouded in Blackness, the third installment of The Blackness Series, by Norma Jeanne Karlsson!

Synopsis:
Only loyalty can truly win his heart...

Gangs, organized crime and underground bare-knuckle fighting make up the world that Kieran Delaney thrives within. His reputation is built on the talent of his fists, as much as his ability to get information about any and everything. Never one to be caught by surprise or bested, Kieran knows what you're going to do before you do it...until Darcy Quinlan enters his life. She introduces herself with a knife to his throat and a promise of unbridled pain. Darcy's life has been destroyed by betrayal and false promises of safety. Living on the streets for the last eight years, she has been a ghost. Never in one place long enough to be seen because you can't catch what isn't there. Now Kieran sees her and can't erase her image from his mind.

Kieran and Darcy must now battle to keep her alive and by his side. As her past enters her life from every angle, Kieran makes certain her safety is no longer a concern, annihilating her demons at every corner. He'll fight, he'll maim, he'll torture and he'll murder to keep Darcy protected. If Kieran can win, her life will no longer be shrouded in blackness...loyalty will lift the veil.

Book 1 & Book 2 of The Blackness Series 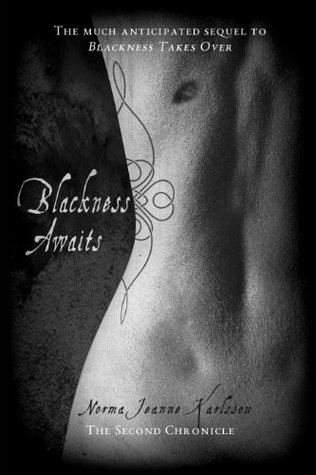 *Interview with Norma Jeanne Karlsson*
Hey Jasmine! Thank you for hosting a stop on my blog tour and for taking the time to interview me. I hope you and your readers enjoy Shrouded in Blackness.

The Blackness Series was born primarily from homesickness. I missed Kansas City and the relationships, friendships and family that I left behind when I moved to the UK. I began writing more for catharsis than anything. As I sat down at my computer Blackness Takes Over poured out of me like blood from a severed artery. Before I knew it I had my first novel and about ten more books brewing in my mind. I’m inspired by stories of strong women that don’t need men to survive or find themselves. You’ll never read a book from me with a lost woman that “finds” herself in a man. The relationships that form in my stories fortify and strength the characters, but don’t define them. I also enjoy writing stories that are built around unconventional families and relationships. The world is full of families that are created is strange loving ways and I like to tell those kinds of stories. So basically I’m inspired by home, laughter, perseverance, unconventional relationships and unconditional love.
The hardest part writing this book was deciding to do it. I wasn’t sure where to go next after I finished Blackness Awaits. I was planning to take a break to be honest. After a long talk with my editor she convinced me to move ahead with Kieran’s story. Fourteen days after that I had the manuscript complete. So really the entire book was easy. This story unfolded so naturally that I can’t believe I was considering holding off with it. Shrouded in Blackness is here because my editor loved Kieran and wanted more of him. I’m glad she did because he’s one of the easiest characters I’ve written. It’s a satisfying feeling to have a smile on your face the whole time you write because the character you’re writing makes you feel good. Kieran did that for me. I hope he does the same thing for readers.
I have a favorite character. He’s not in this book, but he’s still my hands down favorite. Aaron Kavanagh (Kavy). He’s the first character I created for the series. It’s his voice and dialogue that I imagined from the beginning. A lot of readers also love him which makes it even better for me!! I love his wit, his strength, his heart, his fury, his attitude…his everything. I tried my damndest to get him in SIB, but it just didn’t work out. He’s still around though, so stay tuned for upcoming releases ;)
Book four in the series, Into the Blackness, is already complete and with my editor. I’m expecting to release it in August. There’s a preview at the end of SIB. I have two more books in the works right now. I’m actually headed to the States for the summer and planning to use that time to write. Book five should be out in the autumn and book six in the early winter. In total that would be six books published in 2014 for me. Crazy and awesome all at the same time!
The best advice that I ever received was that writers need to be readers. I read as much as I can and it’s the best fuel for my writing. I feel inspired and motivated as I read. Writing is a personal journey for most and that makes blanket generalizations about the craft fairly useless. Everyone has an opinion about what makes a great writer. I’m of the belief that passion is a necessity for writers. If you love what you do you’ll work harder at it than anything else. Find what you crave to do and do it. Plug away. Write, write, write and then read and write some more.
Thank you Norma Jeanne for your time for this interview! 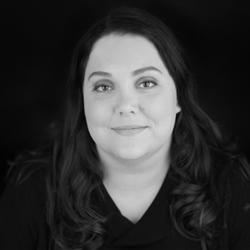 Blackness Takes Over was Norma Jeanne Karlsson's debut novel. What began as an homage to the home town of a homesick Midwestern girl, unfolded a story of love, danger, humor, and trust. Blackness Awaits was the highly anticipated continuation of Blackness Takes Over, leading readers through the twists and turns of the unconventional world in The Blackness Series. Her third novel, Shrouded in Blackness, ventures into a criminal world where violence and vengeance reign supreme. She's currently working on her untitled fourth novel.Originally from Kansas City, Missouri, Norma Jeanne recently found herself relocating to the United Kingdom. Now living in Belfast, she took hold of the opportunity to kick the 9-5 job for a chance to become an author. The best part: working from her home office, she gets to spend more time with her cast of crazy characters (written and real).In her free time Norma Jeanne is a voracious reader and consumes books as readily as meals. She is a people watcher by nature and uses her experiences in life, observed or otherwise, to build the worlds and characters that thrive in her books. A believer in the strength of the human spirit, Norma Jeanne writes the stories of people that persevere when all appears to be lost.