NERD BLAST: A Match Made at Christmas by Patty Blount

We have a 5-day Nerd Blast + Giveaway to kick off for Patty Blount's A Match Made at Christmas! On our tour stop today, we have an exclusive excerpt to share! Check it out and grab your copy now!!! 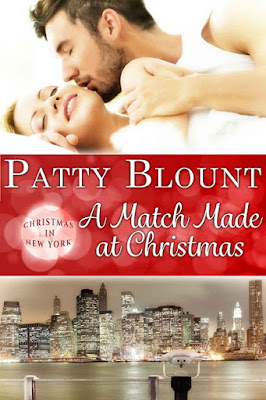 Synopsis:
This book was formerly entitled Goodness and Light

Thirteen years ago, two teens met on the ramp to Ground Zero, on a cold and snowy day, strangers bonding in a moment of grief. The boy pressed a crystal snowflake ornament into the girl’s hand and disappeared into the crowd, unaware that his simple act of kindness saved her from the guilt that threatened to consume her.

Since losing her mom, Elena Larsen hasn’t set foot in New York City -- until now. Agreeing to help her sister prepare for her baby’s birth seems like a good way to spend Christmas and Elena vows not to let the monstrous guilt that weighs on her heart ruin everything. But those plans go awry when she meets Lucas Adair, a man whose own grief and guilt just might rival her own.

When Elena discovers Lucas is the boy who gave her that crystal snowflake all those years ago, she can’t accept it as the sign Lucas believes it to be. For her, it means only one thing --- even beyond the grave, her mother can never forgive Elena for breaking her heart.

For Lucas, New York is hallowed ground that he can never leave. He spends his days working in the Financial District and his evenings volunteering and it’s almost enough to help him forget what he did. Lucas knows better than to make plans with a woman who will soon be leaving, yet can’t help himself. There’s something about Elena that pulls him in. He doesn’t put much faith in signs but even he starts to believe Elena is his absolution. Now, he only has to convince her.

*Excerpt*
"Where do we start? Where do city people buy Christmas trees?" She put her hands on her hips and looked up and down the street.
When Elena Larsen wasn't being deliberately aggravating, Lucas decided she was sweet. And beautiful. He looked at her with a wry smile. "You act like you haven't —" And his laughter faded when the truth struck him between the eyes. "How long has it been, Elena?"
Her face went flat and the light left her eyes. "I haven't done Christmas since my mother was killed. I avoid the city, the holidays. My friends. Kara came back here for school but—" She held out her arms. "This city...for me, it's death and, and destruction and hate and—" She broke off, shook her head and lifted a shoulder. "They don't understand. Our friends are mad at me, she's mad at me —"
"I get it." He stopped her with a touch to her cheek. He sucked in a deep breath and got ready to step onto shaky ground. "Pain, grief — they're isolating things, you know? They're so huge, they eclipse everything and make you think nobody else feels what you feel, but that's wrong. Everybody does, Elena. Everybody. When I figured that out, when I finally talked about it, things—"
"Got better?" she asked with a roll of her eyes and Lucas understood she'd heard this before.
For a long moment, he considered lying and finally shook his head. "No. Not better. Just less huge, you know?" When she looked at him sideways, he shrugged. "Honey, it's like a club that should never have members but it does and membership means there's a certain amount of...of common ground." He finished with a wave toward the Freedom Tower.
She let out a long sigh. "I'm trying. I really am."
He put down the shopping bag and took her in his arms. "Elena, I know you are. I think it's incredible — you're incredible — that you're here now and trying to do things for Kara."
To his surprise, her arms circled him and she put her head on his shoulder. "For all the good that's doing," she murmured into his jacket. "I hate that I made her cry."
Lucas held her a moment longer, the old familiar fury straining the leash he'd kept it on for the last decade. He pushed it away and tried to focus on her, instead. There was something about her...something almost familiar in a way. She smelled like vanilla and he thought of the Christmas cookies she'd yet to bake. She felt warm and comfortable in his arms. His arms tightened around her because he wanted to make her laugh, make her feel safe. He wanted that like he wanted his next breath.
Al would insist it was a sign, he concluded. But then again, she wasn't staying. She'd been clear on that. So what kind of cosmic practical joke would point him toward a woman who would leave as soon as they got comfortable around each other?
So you have to work at something for once.
He went still. He could swear the voice in his head was his mother's. Every muscle in his body tensed and he brushed it aside. Instead, he made a decision. Made a wish.
When she was all entranced by the magic of Christmas trees newly decorated, he'd invite her to shop with him to put presents under it. He'd make her his famous hot cocoa. He'd show her Radio City and Rockefeller Center. He'd take her through Central Park in a carriage. He'd prove to her that New York was still New York — even with its scars.
She nodded. "Okay."
He swept her hair behind her ear, cradled her face. "I think you're beautiful and incredibly loyal to brave a city you're so damn afraid of just so you could be here for your sister." Her tongue darted out to lick her lips and Lucas didn't think — couldn't think anymore. He leaned in, drew her closer, his fingers sifting through the soft silkspun hair, his mouth just a breath from hers.

Binge read all the titles in the Christmas in New York series! 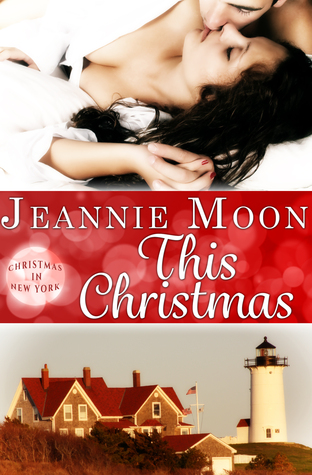 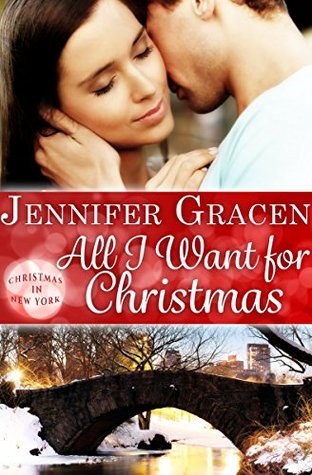 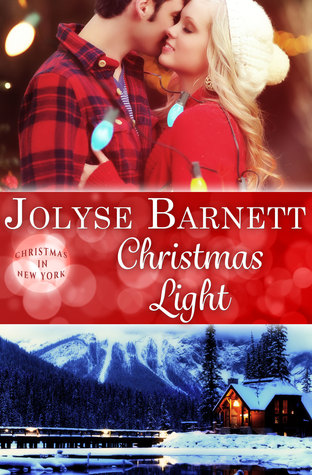 **About the Author**
Patty Blount grew up quiet and a bit invisible in Queens, NY, but found her voice in books. Today, she writes smart and strong characters willing to fight for what’s right. She’s the award-winning author of edgy, realistic, gut-wrenching contemporary and young adult romance. Still a bit introverted, she gets lost often, eats way too much chocolate, and tends to develop mad, passionate crushes on fictional characters. Let’s be real; Patty’s not nearly as cool as her characters, but she is a solid supporter of women’s rights and loves delivering school presentations.

Patty is best known for her internet issues novels, including SOME BOYS, a 2015 CLMP Firecracker winner and SEND, a 2012 Junior Library Guild Fall Pick. Visit her website at pattyblount.com, where you can sign up for her newsletter. She blogs at YA Outside the Lines and is also active online. She loves hearing from readers, especially when they tell her she’s cool (even though she knows it’s not true), and is easily bribed with chocolate. Never underestimate the power of chocolate. 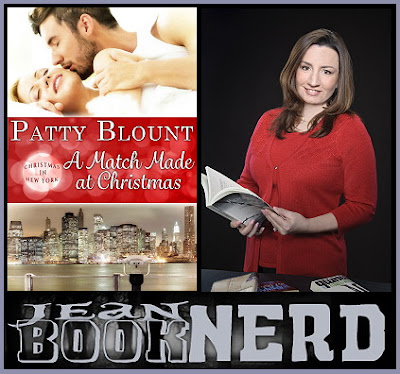