We are very thrilled to be participating in this exciting Cover Reveal for Letting Go, the first book in the Thatch series, by Molly McAdams! 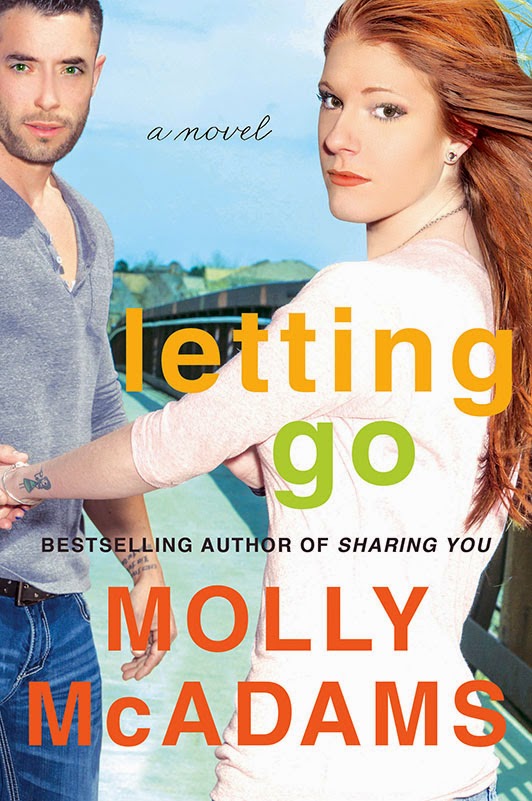 Synopsis:
When Grey and Ben fell in love at thirteen, they believed they'd be together forever. They never dreamed that three days before their wedding, twenty-year-old Ben would suddenly die from an unknown heart condition, destroying his would-be-bride's world. Grey would have spent the nest two years simply going through the motions if it hadn't been for their best friend, Jagger. He's the only one who understands her pain ... the only one who knows what it's like to force yourself to keep moving when your dreams are shattered.

While everyone else worries over Grey's fragility, Jagger is the only one who sees her strength, and vows to always be there for her-even if it's only as her best friend. As much as he wants Grey, he knows her heart will always be wit Ben. But when Grey finds out that Jagger has loved her since before he even knew what love was, it might prove to be too much for her to handle.

Grey soon realizes their chemistry is undeniable, and they learn that admitting their feelings for each other means they've got to face the past. Is being together what Ben would have wnatd...or a betrayal of his memory that will eventually destroy them both?