COVER REVEAL: All Broke Down by Cora Carmack

We are so excited to get to share the cover for Cora Carmack's All Broke Down today! Check out what this second book of the Rusk University Series is all about and then fall in love with this gorgeous cover! 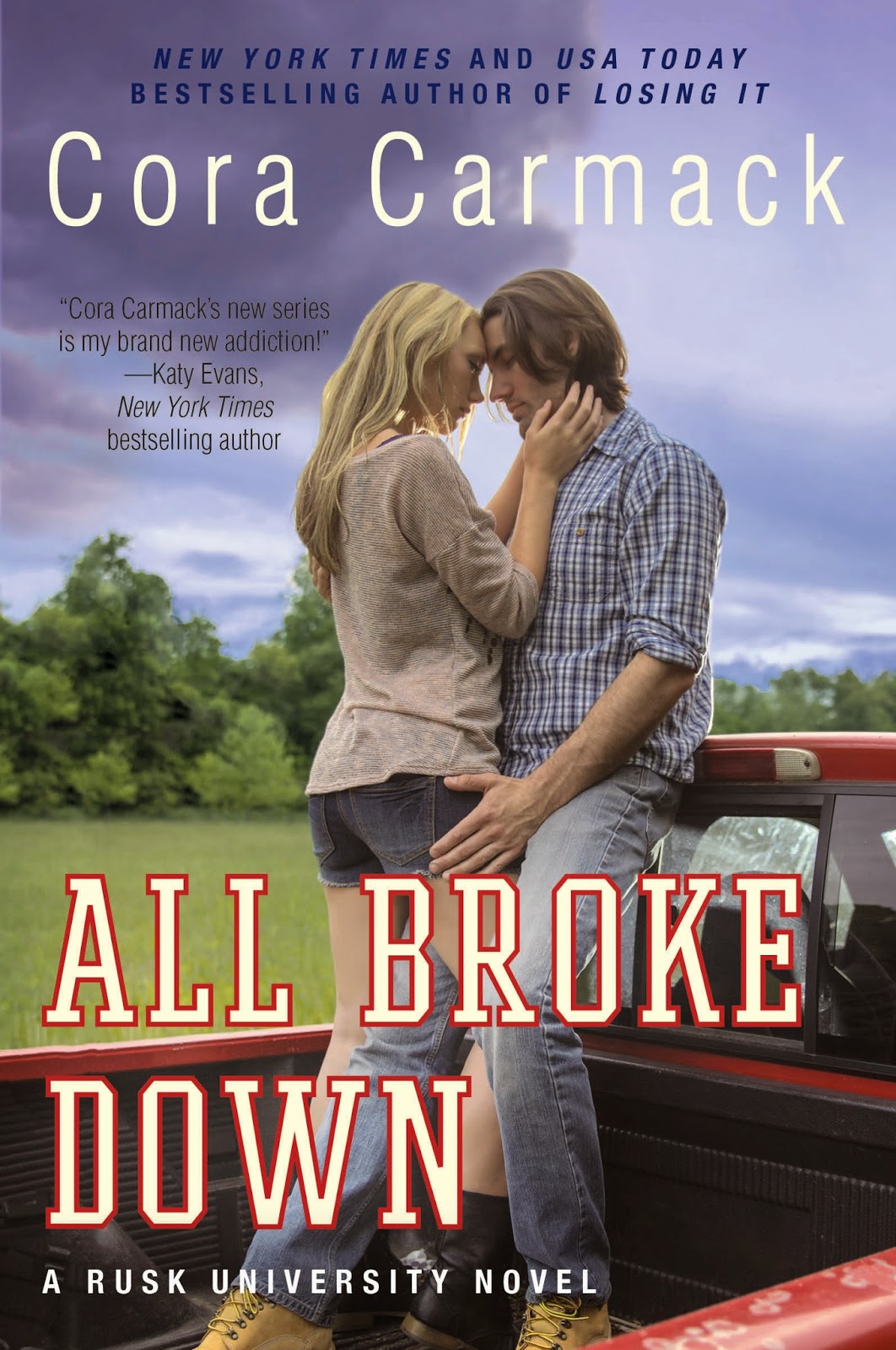 Synopsis:
In this second book in New York Times and USA Today bestselling author Cora Carmack’s New Adult, Texas-set Rusk University series, which began with All Lined Up, a young woman discovers that you can’t only fight for what you believe in . . . sometimes you have to fight for what you love...

Dylan fights for lost causes. Probably because she used to be one.

Environmental issues, civil rights, corrupt corporations, and politicians—you name it, she’s probably been involved in a protest. When her latest cause lands her in jail overnight, she meets Silas Moore. He’s in for a different kind of fighting. And though he’s arrogant and infuriating, she can’t help being fascinated with him. Yet another lost cause.

Football and trouble are the only things that have ever come naturally to Silas. And it’s trouble that lands him in a cell next to do-gooder Dylan. He’s met girls like her before—fixers, he calls them, desperate to heal the damage and make him into their ideal boyfriend. But he doesn’t think he’s broken, and he definitely doesn’t need a girlfriend trying to change him. Until, that is, his anger issues and rash decisions threaten the only thing he really cares about, his spot on the Rusk University football team. Dylan might just be the perfect girl to help.

Because Silas Moore needs some fixing after all.