Welcome to the Official Blog Tour for Echoes, the second novel in the Pinhold Prophecy series, by Amy Evans! 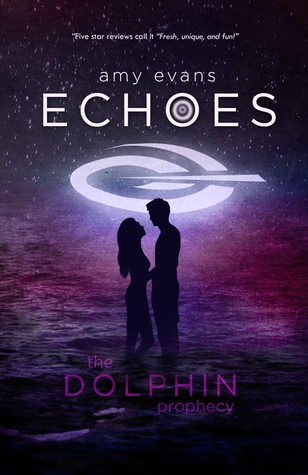 Synopsis:
Echoes are the sounds the universe makes when you ignore it the first time.

Instead of signs, they are sirens. Echoes are louder and more dangerous than Clicks.

All the twins on Pinhold Island are healthy again, but the summer is still upside down. Cami's been paying better attention to what hides beneath the eye candy on her seemingly idyllic home, trying to make sense of the new threats to her friends and family. Massive storms have come to Pinhold, flooding the Island in a way not seen in generations. They leave behind destruction and the Red Tide, which lends the Island an eerie glow, makes the air itch and people's eyes burn. Through it all, Cami and Blake are working hard to repair their relationship, Mica is attempting to trust the grown ups on island, Shay is worried she'll never swim again and everyone is trying to re-focus on the Surf Carnival and training for The Guard.

But the threats to Pinhold from the sky don't compare to the danger that still hides beneath the waves. Can Cami and The Guard find the cause in time to reset the pin, or will they suffer damages that can never be reversed?

I thought we could start with the all-too-common question, especially for readers who are new to your books. What inspired you to become a writer? When id you know you wanted to become a writer?
I always wrote for fun and it was the thing I was best at in school. I knew in college I wanted to be involved in storytelling and thought I would be happy being on the business side of the film industry, but then I realized I was in denial and I really wanted to be the one creating the stories and building the worlds. So in my heart I "knew" but admitting it and going for it was a different thing.

What literary works and/or authors has made an impression for you in regards to your writing?
Judy Blume because she is so honest and forthright and treats young adult readers with so much respect. Nora Roberts because she is so prolific and still creates great romances and fantastic characters every time. And Francine Pascal because she created such an amazing and ongoing story world for (primarily) girls to read that I actually wanted to live in.

What is your writing process: do you write when inspiration hits you or do you isolate yourself and write hours on end?
Anywhere, all the tie. I might bang out a few thousand words in a stretch on my laptop or write a few paragraphs at a time on my phone, usually in Tumblr. I also will dictate some scenes to just get them started, especially if the blank page gets intimidating. Once I have some words down, things flow much better, so that's just a little trick I learned this year.

When you're not writing, what are you doing?
Spending time with my family, volunteering at the kids school, hanging with friends, online or in the real world.

What was the inspiration behind The Pinhold Prophecy series?
We we spending summers in a beach town where they took swimming very seriously and getting to be a beach lifeguard was all about family connections and these intense competitions.

Which character(s) were your favorite to write? Which one(s) was the hardest?
I love to write Kaleb but he is also the hardest. He is very demanding, especially in Echoes.

What was the easiest and hardest part writing this book?
It was both exciting and intimidating knowing now people actually wanted to read about these characters, which made me even more concerned about getting things right.

What are you currently working on? What can we, readers, expect in the near future?
Book 3, Breaks is almost done and it will be out in a couple months.

If you could be any of your characters, who would you be?
Blake. He has such a strong sense of who he is and who he wants to be.

I have a lot of friends who are aspiring writers, what advice would you give them?
Make friends with other writers. They are the only ones who really get it and the only ones who will really understand how to help keep you on track when things get really hard.

Thank you Amy for taking the time for this interview! 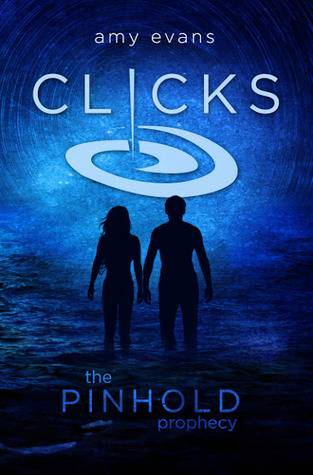 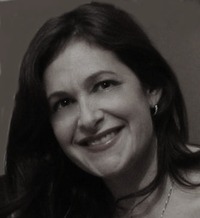 Amy Evans is a wife, mother, ocean lover and storyteller. She's created multi-platform mobile apps, social media games, and interactive story worlds for HIPnTASTY, a company she co-founded in 2001. She serves an Advisor to Immersedition and a host of the NAlitchat on Twitter. She loves dolphins, aliens and pugs, and sometimes writes for so long they all look like the same thing. Clicks is her debut novel.

She is a young adult/new adult writer who believes that all the best stories get told with kisses. She's excited to bring audiences even deeper into te mysterious waters around Pinhold Island with this second book in the series. The first novel, Clicks, is a romantic coming of age story about hot lifeguards and surf competitions with dashes of sci-fi and dolphins on the side.