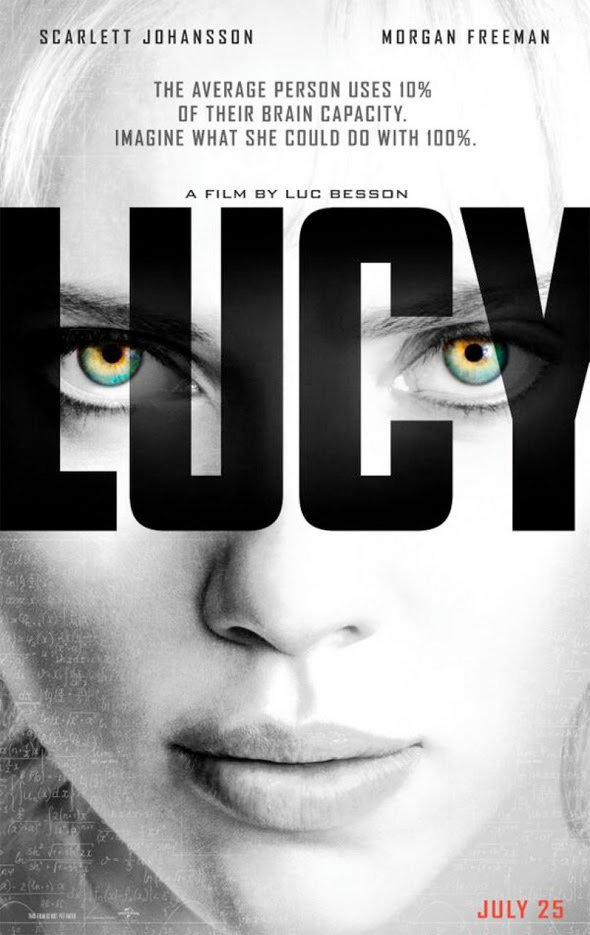 Plot Synopsis:
From La Femme Nikita and The Professional to The Fifth Element, writer/director Luc Besson has created some of the toughest, most memorable female action heroes in cinematic history.  Now, Besson directs Scarlett Johansson in Lucy, an action-thriller that tracks a woman accidentally caught in a dark deal who turns the tables on her captors and transforms into a merciless warrior evolved beyond human logic.

**My Thoughts**
I was pretty curious about this movie after watching the trailer. The concept of what a human being is capable of if he or she reaches 100% use of their brain does make one think. Although it is fiction, this film does push the boundaries of "what if". This film begs the audience to think and wonder the possibilities if it happens.

Scarlett Johansson portrayed Lucy wonderfully, she was very convincing as Lucy as she changed with each increase of her brain's capacity. I also enjoyed the nature clips during Professor Norman's (Morgan Freeman) lecture which added to the concept/plot of the film. With a balance of action, science fiction, and humor, Lucy was enjoyable to watch...and, it made me think of the possibilities. However, I thought it was short and rushed. I felt that the characters needed to be more developed. The effects were amazing, yet not over-the-top.

Like I said, it is science fiction. Lucy should be watched with an open mind, open to different ideas and possibilities. Although Lucy does have its shortcomings, it is a film that proves to be thought-provoking and captivating to the watchers' eyes. Plus, the cinematography was well done.

Posted by Jasmine Albitos at 10:54 PM