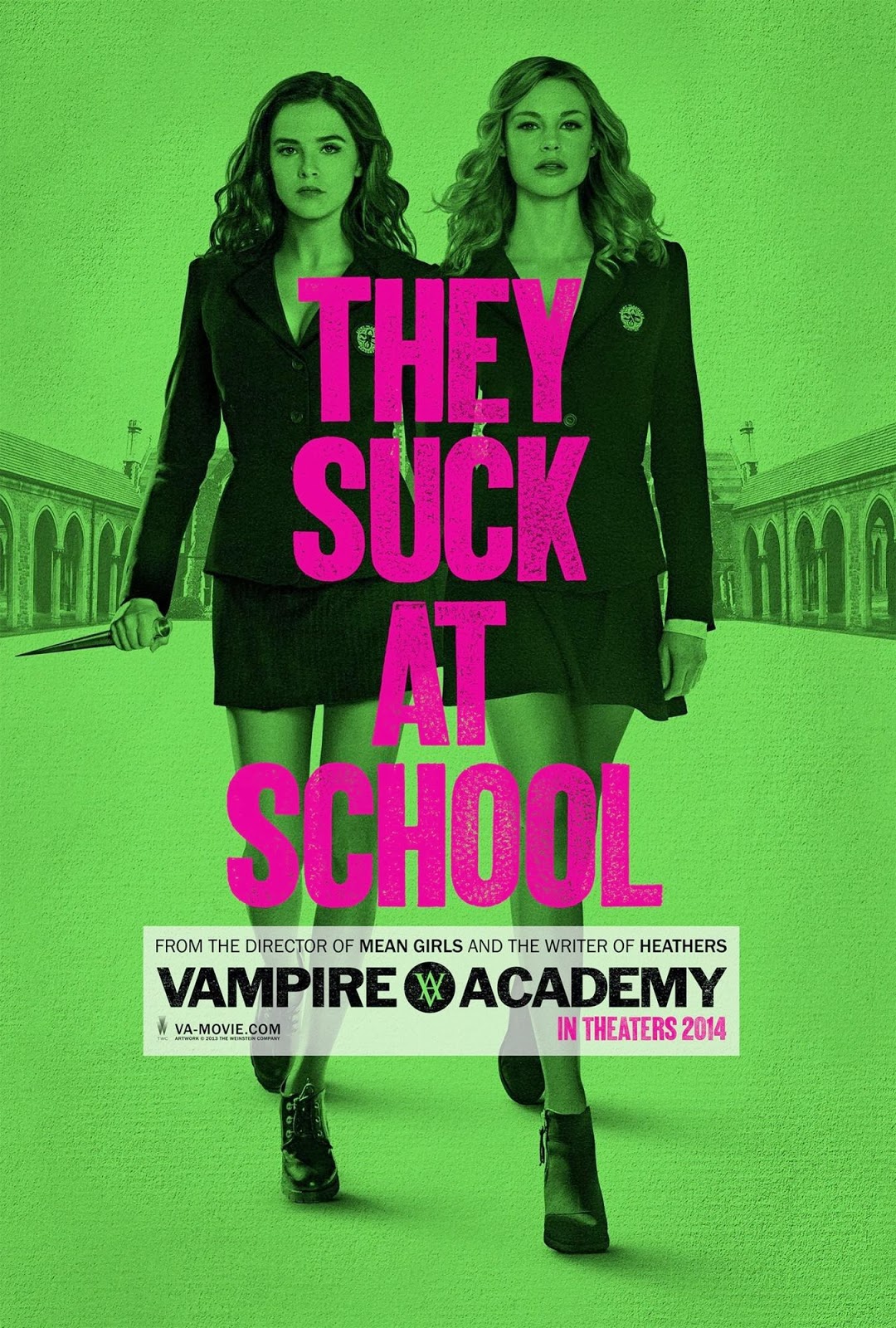 Synopsis:
Based on author Richelle Mead’s worldwide bestselling series, Vampire Academy tells the legend of Rose Hathaway and Lissa Dragomir, two 17-year-old girls who attend a hidden boarding school for Moroi (mortal, peaceful vampires) and Dhampirs (half-vampire/half-human guardians). Rose, a rebellious guardian-in-training and her best friend, Lissa – a royal vampire princess – have been on the run when they are captured and returned to St. Vladamir's Academy, the very place where they believe their lives may be in most jeopardy. Thrust back into the perils of Moroi society and high school, Lissa struggles to reclaim her status while Rose trains with her mentor and love-interest, Dimitri, to guarantee her place as Lissa’s guardian. Rose will sacrifice everything to protect Lissa from those who intend to exploit her from within the Academy walls and the Strigoi (immortal, evil vampires) who hunt her kind from outside its sanctuary.
(source)

Based on the novel by:
Richelle Mead


A comedic and action packed movie based upon the life of high school students with a twist. This school by no means "sucks," a thrilling alternate yet relatable setting this high school life takes place in the world of the next generation of vampires. They don’t sparkle or combust into flames immediately in the sun and you don’t seem love stuck mortals being accepted into this school and you don’t see the whole "werewolves vs vampires" bit... at least I don’t think those were werewolves. There’s order and chaos mixed into the storyline but what else would you expect with one of the main heroines being royalty and to boot: kings, queens, those queen b!otches in the popular crowd, boys, evil principles, traitors, and best friends are all centered in one institution.

If you’re tired of the vampire universe, then don’t watch Vampire Academy. However, on an unbiased note from someone who is tired of vampires and who hasn’t read the book, I found Vampire Academy quite pleasant and lifted my spirits for my Friday/Saturday evening. The supernatural is a place I will never tire of and our two heroines, besties, Rose Hathaway and Lissa Dragomir hit close to home when you feel like you need characters to share some love with. And I saw some sexy men ;D. Heeeey~ I give Vampire Academy a 4 out of 5 stars and that’s being generous.

Posted by Mariah Bonifacio at 3:52 PM