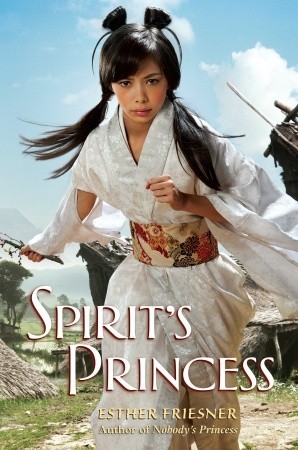 Synopsis:
Himiko the beloved daughter of a chieftain in third century Japan has always been special. The day she was born there was a devastating earthquake, and the tribe's shamaness had an amazing vision revealing the young girl's future--one day this privileged child will be the spiritual and tribal leader over all of the tribes.

Book One revolves around the events of Himiko's early teen years--her shaman lessons, friendships, contact with other tribes, and journey to save her family after a series of tragic events.

Once again, Esther Friesner masterfully weaves together history, myth, and mysticism in a tale of a princess whose path is far from traditional. 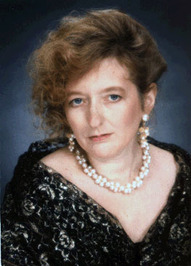 Esther M. Friesner was educated at Vassar College, where she completed B.A's in both Spanish and Drama. She went to on to Yale University; within five years she was awarded an M.A. and Ph.D. in Spanish. She taught Spanish at Yale for a number of years before going on to become a full-time author of fantasy and science fiction. She has published twenty-seven novels so far; her most recent titles include Temping Fate from Penguin-Puffin and Nobody's Princess from Random House.

Her short fiction and poetry have appeared in Asimov's, Fantasy & Science Fiction, Aboriginal SF, Pulphouse Magazine, Amazing, and Fantasy Book, as well as in numerous anthologies. Her story, "Love's Eldritch Ichor," was featured in the 1990 World Fantasy Convention book.

Her first stint as an anthology editor was Alien Pregnant By Elvis, a collection of truly gonzo original tabloid SF for DAW books. Wisely, she undertook this project with the able collaboration of Martin H. Greenberg. Not having learned their lesson, they have also co-edited the Chicks In Chainmail Amazon comedy anthology series for Baen Books, as well as Blood Muse, an anthology of vampire stories for Donald I Fine, Inc.
"Ask Auntie Esther" was her regular etiquette and advice column to the SFlorn in Pulphouse Magazine. Being paid for telling other people how to run their lives sounds like a pretty good deal to her.
Ms. Friesner won the Nebula Award for Best Short Story of 1995 for her work, "Death and the Librarian," and the Nebula for Best Short Story of 1996 for "A Birth Day." (A Birth Day" was also a 1996 Hugo Award finalist.) Her novelette, "Jesus at the Bat" was on the final Nebula ballot in the same year that "Death and the Librarian" won the award. In addition, she has won the Romantic Times award for Best New Fantasy Writer in 1986 and the Skylark Award in 1994. Her short story, "All Vows," took second place in the Asimov's SF Magazine Readers' Poll for 1993 and was a finalist for the Nebula in 1994. Her Star Trek: Deep Space Nine novel, Warchild, made the USA TODAY bestseller list.
She lives in Connecticut with her husband, two children, two rambunctious cats, and a fluctuating population of hamsters.

A historical fiction set in approximately around AD 238, Spirit’s Princess will show you the universal theme of "girl power". The reader will start off following our main heroine, Himiko, throughout her life until her teen years and then you have to read the second book "Spirit’s Chosen". Our spunky little Himiko puts all of the other girls in her village to shame by not only being the daughter of the Matsu clan’s chieftain, but being a warrior at heart and an upcoming spiritualist and fine beauty… even if you don’t have a picture of her, maybe the one on the cover. Since our main focus is Himiko throughout the book, she makes the historic fiction come to life. We learn about the spirit world, traditional Japanese order, and war all through the eyes of a little girl.


I personally will fall asleep during any history lesson and Japanese history is no exception (even for an anime otaku) but Spirit’s Princess was one of those enjoyable reads that make you want to pick up a book. There are tears, drama, anger, and rebellion all associated in Spirit’s Princess that made me want to show my feminine courage. The book told in first person format only helps enhance your experiences with Himiko. At best I can only give this feisty princess and her story a measly 4 out of 5.

Posted by Mariah Bonifacio at 4:21 PM