Welcome to the Embrace Entangled's Official Blog Tour featuring In Bloom by Katie Delahanty and Full Measures by Rebecca Yarros! 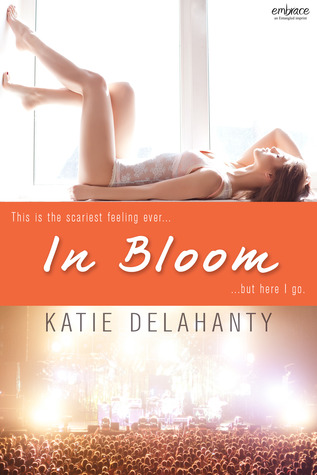 Synopsis:
My name is Olivia Bloom and I. Am. Free.
I left for LA with everything I owned piled into my old Volkswagen and dreams of becoming a costume designer. Little did I know I’d wind up designing for a lingerie company—yeah, not sure how I landed this gig—and taken under the wing of two young Hollywood insiders. The fashion shows and parties were great, but life really got exciting when the seriously hottest lead singer of my favorite band started to fall for me.
How does someone like me, an ordinary girl from Pittsburgh, wind up in the arms of the world’s sexiest rock star—surrounded by celebrities, fashion, and music—and not be eaten alive? Berkeley is everything I've ever dreamed of in a boyfriend, but the paparazzi, the tabloids, the rumors, it's all getting a bit too crazy. My life has become every girl’s dream come true, if only I don’t blink and lose it all... 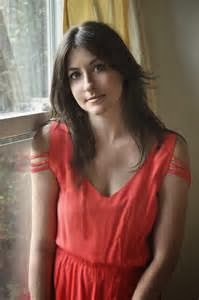 Katie Delahanty is a fashion designer turned novelist. She holds a BA in Communication Studies from UCLA and a Professional Designation in Fashion Design from FIDM. It never occurred to her that she was a writer until an economic-crisis-induced career shift from lingerie designer to e-commerce webmistress led her to start the company blog. Not being an expert in lingerie, she decided to write the blog as a fictional serial starring a girl named Olivia Bloom who worked for the lingerie line. And that’s when Katie fell in love with storytelling. She hasn’t looked back since. Katie lives in Los Angeles with her husband. 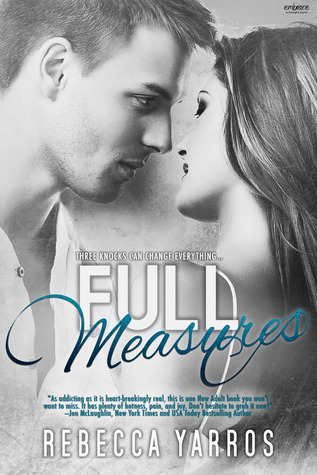 Synopsis:
She knew. That’s why Mom hadn’t opened the door. She knew he was dead.
Twenty years as an army brat and Ember Howard knew, too. The soldiers at the door meant her dad was never coming home. What she didn’t know was how she would find the strength to singlehandedly care for her crumbling family when her mom falls apart.
Then Josh Walker enters her life. Hockey star, her new next-door neighbor, and not to mention the most delicious hands that insist on saving her over and over again. He has a way of erasing the pain with a single look, a single touch. As much as she wants to turn off her feelings and endure the heartache on her own, she can’t deny their intense attraction.
Until Josh’s secret shatters their world. And Ember must decide if he’s worth the risk that comes with loving a man who could strip her bare.

Rebecca's Dreamcast for Full Measures
Dream-Cast for Full Measures. - Oh, the dream cast – the chance to pick out my perfect ensemble to play these characters I love so much.  Or maybe it’s the chance to lose myself on Pinterest with pictures of gorgeous men for a few hours and declare it legit work to my husband… either way, this has been a blast!
December “Ember” Howard – Bonnie Wright. The ultimate planner in life, and devastated when her dad is killed in Afghanistan and her plans evaporate. She’s strong for those around her, but struggles with fighting for what she really wants versus what’s best for everyone else.

Riley Barton: Colton Haynes – Ember’s boyfriend of three years, he’s politically-aspired and knows exactly what he wants.  He’s planned out their entire picture-perfect life, but he may be too self-centered to get it.

Josh Walker – Theo James.  First, let’s just take a second to absorb how phenomenally beautiful this man is.  Sigh.  Josh is Ember’s high school hockey star crush turned youth coach. He’s fierce, a little secretive, and dedicated to being Ember’s “whatever,” for anything she needs.

Jagger:  Alex Pettyfer.  Josh’s best friend and roommate, he’s loyal, has a magnetic personality, and leads the team in penalty minutes when his temper flares.

Sam: Katerina Graham.  Sam is Ember’s best friend. She’s full of sass and heart, determined to draw Ember out of the shell she works so hard to construct.

June Howard: Julianne Moore.  Ember’s Type-A mother who breaks down after the death of her husband.  She’s graceful and poised when not torn apart by grief. 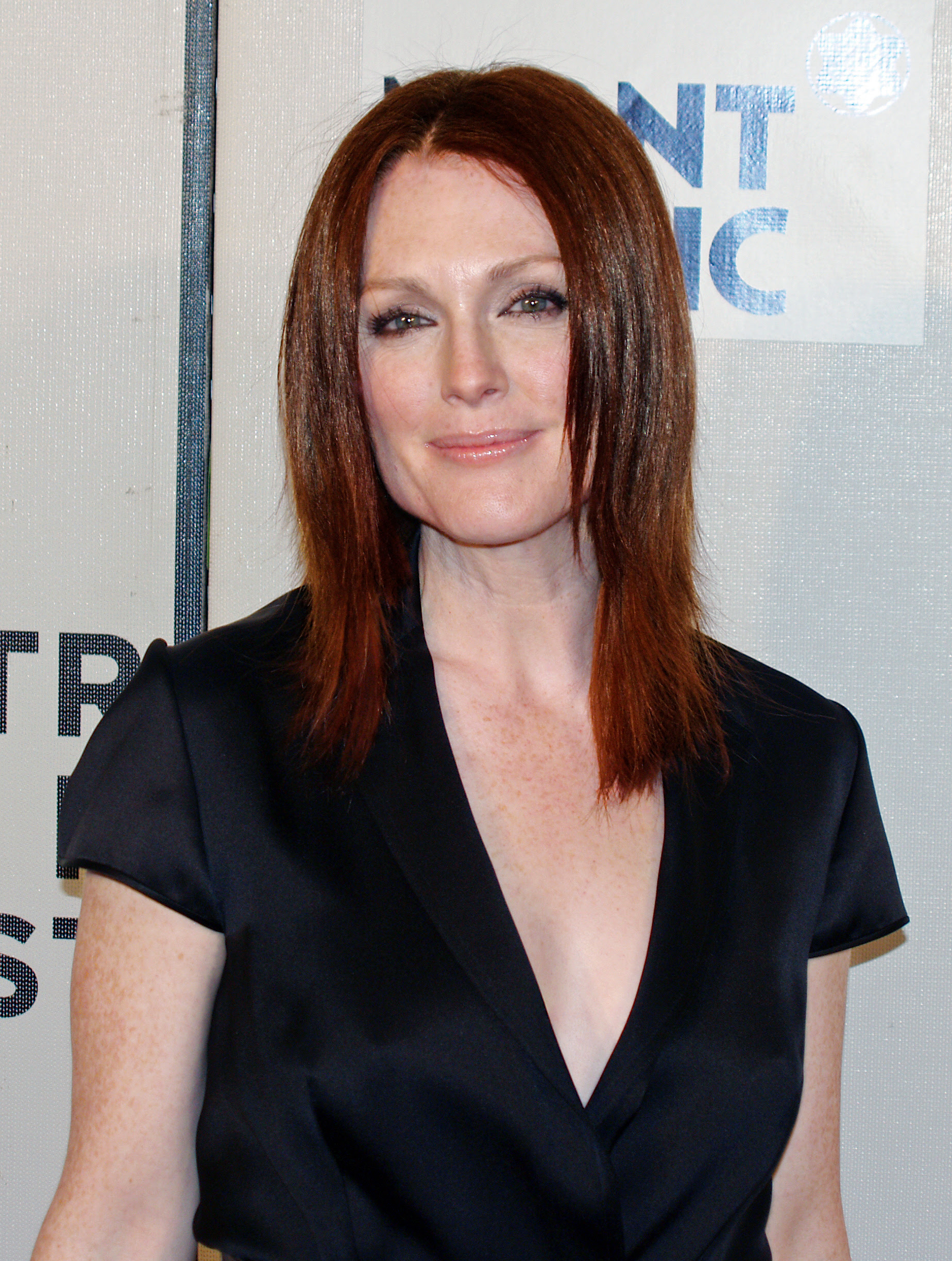 April Howard: Sophie Turner – Ember’s little sister who goes flying off the rails when their father dies.  She’s spoiled and selfish, but is really just struggling to put her pieces back together in Ember’s shadow.

Rebecca Yarros is a hopeless romantic and lover of all things chocolate, coffee, and Paleo. In addition to being a mom, military wife, and blogger, she can never choose between Young Adult and New Adult fiction, so she writes both. She's a graduate of Troy University, where she studied European history and English, but still holds out hope for an acceptance letter to Hogwarts. Her blog, The Only Girl Among Boys, has been voted the Top Military Mom Blog the last two years, and celebrates the complex issues surrounding the military life she adores.

When she's not writing, she's tying on hockey skates for her kids, or sneaking in some guitar time. She is madly in love with her army-aviator husband of eleven years, and they're currently stationed in Upstate NY with their gaggle of rambunctious kiddos and snoring English Bulldog, but she would always rather be home in Colorado.

***The Giveaway***
From Katie Delahanty, author of In Bloom
One gift basket with the following in it (US and Canada only):
$75 gift certificate to www.InBloomIntimates.com
$25 Amazon gift card
The Remainers Formal Fridays CD
Pink Champagne Cupcake Bath Bomb from www.soapybliss.com
Peach & Coconut Milk Push Up Lotion Pop from www.soapybliss.com
Berry Buttercream Soy Candle from www.JaquaBathandBody.com
See's milk chocolate foil hearts
Autographed copies of STARSTRUCK and LOVE ME from author Rachel Shukert


Plus, $25 international gift certificate to either Amazon or B&N

From Rebecca Yarros, author of Full Measures
Kindle E-reader (US and Canada only)
Plus, $25 international gift certificate to either Amazon or B&N