Stay up to date with the latest on Godzilla

Check out the latest Godzilla poster! 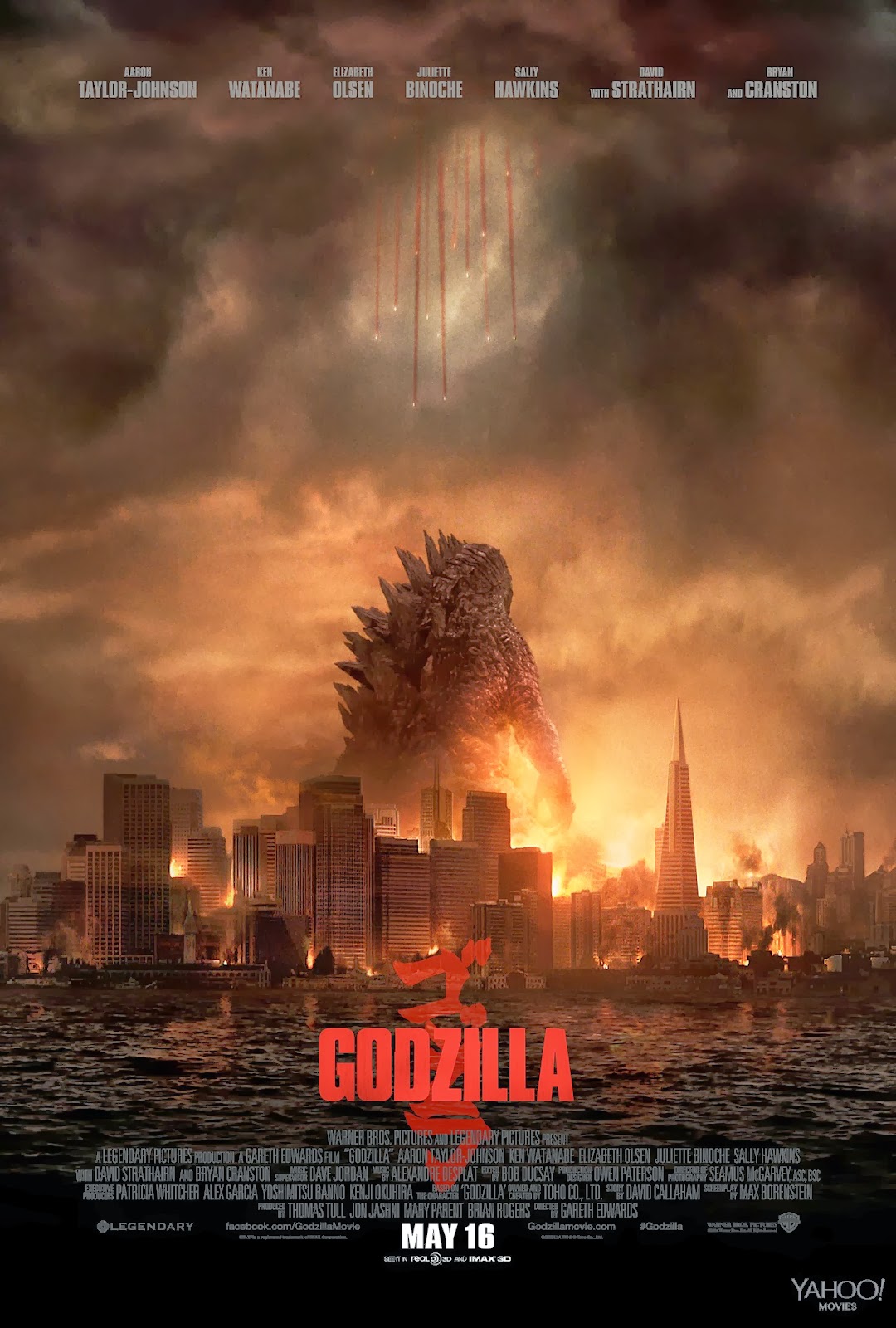 Whoa! Can my excitement get any more intense! Brings back my young nerd memories! Yes! I was one of those geeks that grew up watching these classic monster movies! And....I STILL LOVE IT! In this second trailer, a little bit of kill Godzilla history was revealed. So, apparently, this isn't the first time that they battled this humongous monster! Good luck...hahaha!! It's almost like Godzilla is immortal....hahaha! Either way, there's going to be Godzilla love generation after generation.

I am looking forward to watching this take on a classic monster movie. I actually giddy with excitement while I watched the trailer! I am such a nerd...and proud of it!

Seriously...check out the trailers! Check out my post on the first trailer!

Posted by Jasmine Albitos at 10:48 AM