Check out the book trailer for Kami Garcia's new book, Unbreakable!
Book one of the Legion series!

Protect yourself. What you can't see CAN hurt you.

Synopsis
When Kennedy Waters finds her mother dead, she doesn't realize paranormal forces are responsible - not until mysterious identical twins Jared and Lukas Lockhart break into her room and destroy a deadly spirit sent to kill her.

Kennedy learns that her mother's death was not accident, and now Kennedy has to take her place in the Legion of the Black Dove - a secret society of ghost hunters formed to protect the world from a vengeful demon. A society whose five members were all murdered on the same night, leaving the Legion in the hands of the next generation: a misfit group with unique skills.

As the new members race to find the only weapon capable of destroying the demon, each uses their individual skills to battle paranormal entities and earn their rightful place in the Legion - except for Kennedy.

If she is truly the missing piece of the puzzle, can she stay alive long enough to find out - without losing her heart in the process?

Suspense, romance, and the paranormal meet in this chilling urban fantasy, the first book in a new series from Kami Garcia, bestselling coauthor of the Beautiful Creatures novels. 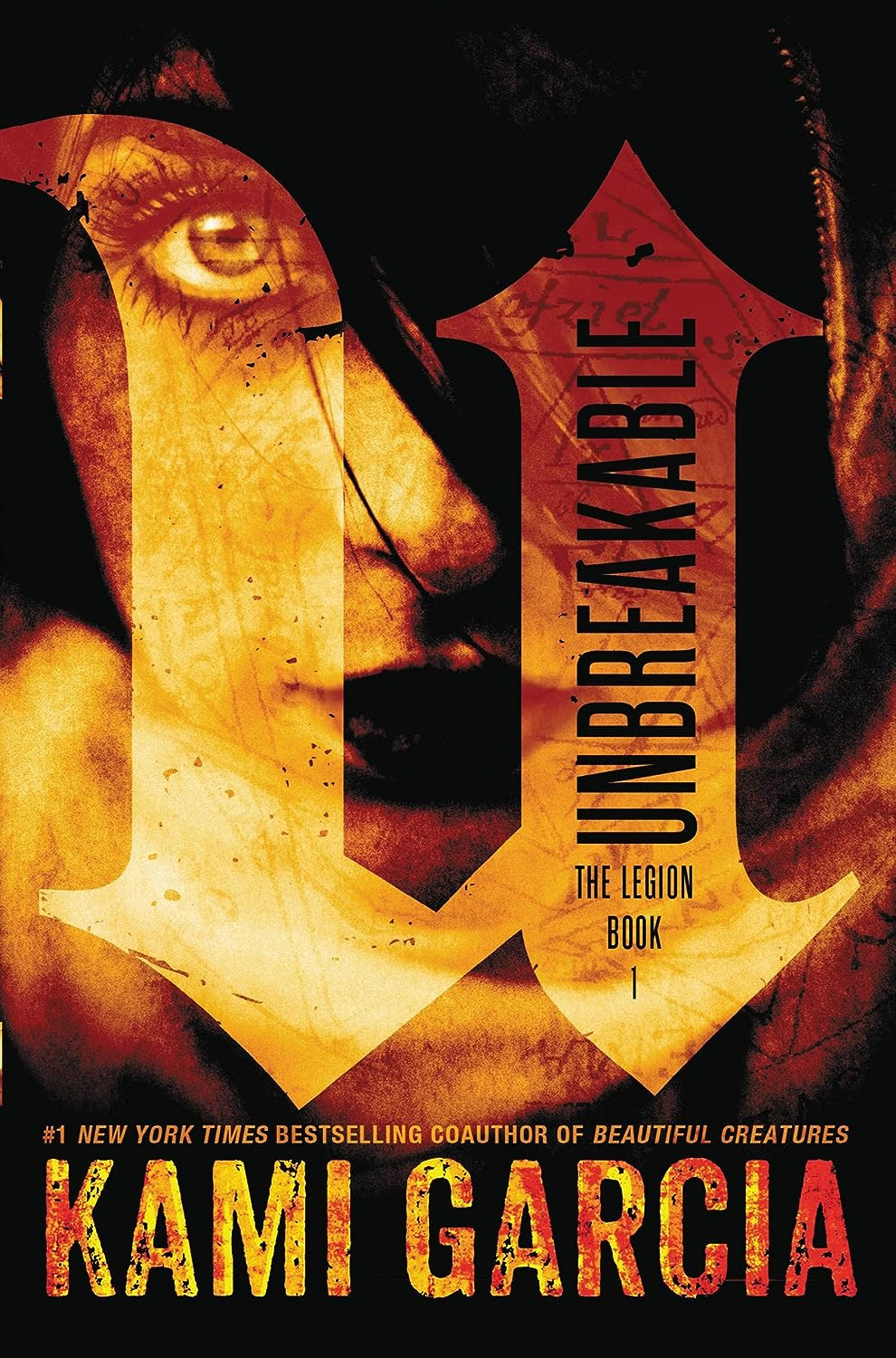 Kami Garcia is the #1 New York Times & international bestselling co-author of the Beautiful Creatures Series (Beautiful Creatures, Beautiful Darkness, Beautiful Chaos & Beautiful Redemption) - the author of Unbreakable, the first book in The Legion Series. Beautiful Creatures has been published in 50 countries and translated in 39 languages, and it was named Amazon's #1 Teen Book of 2009, and #5 on the Editor's Top 100. The Beautiful Creatures movie based on the novel, released in theaters in February 2013, from Warner Brothers, and starring Alden Ehrenreich, Alice Englert, Viola Davis, Jeremy Irons, and Emma Thompson. Kami has an MA in education, and she was a teacher and Reading Specialist for 17 years. She lives in Maryland with her family, and their dogs Spike and Oz (named after characters from Buffy the Vampire Slayer).

Posted by Jasmine Albitos at 12:42 PM