BOOK BLITZ: Love At The Shore by Teri Wilson

Today, we are kicking off this Book Blitz for Teri Wilson's Love at the Shore! We celebrate this release with an exclusive excerpt AND a blitz-wide giveaway! Soon to premiere on the Hallmark Channel August 5th! Watch the movie trailer now! We even have a Summertime beach playlist to share as we celebrate this release! So... Check it out and grab your copy now! 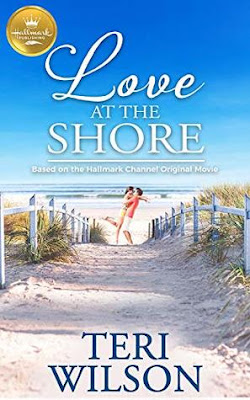 Synopsis:
She came to the beach to write…
But she’s getting distracted by the surfer next door.

Jenna, a single mom and successful author, has five weeks to deliver her next young adult novel to the publisher. This year’s summer getaway with her kids will be a working vacation.

The only problem? Lucas, the devil-may-care surfer in the beach rental next to hers. He cranks up his music at night, hosts loud volleyball matches, and allows his dog to run around at will.

Jenna often blames him for her writer’s block. But before long, she begins to see a new side of her neighbor at the shore. Maybe opposites do attract…but will that attraction fade like a sunset once summer is gone?

Based on the Hallmark Channel Original Movie…

*Excerpt*
A cool breeze had blown in with the tide and the moon glittered high in the sky, reigning over the shore, making the night seem as dark and smooth as velvet. The kids were snug in their sweatshirts. Jenna threw on a cardigan, but a shiver still coursed through her as they made their way over the dune. The beach seemed like such a different place at night. Quiet. Intimate.
Lucas’s bonfire was a shimmer of orange on the horizon, and as they drew closer, Jenna heard the soft strum of music. It wasn’t until she and the kids had reached the circle of beach chairs around the fire pit that she realized Lucas was the source of the soothing melody.
He smiled at her from across the flames as he strummed an acoustic guitar. Tank sat at Lucas’s feet with his head cocked at a jaunty angle, one ear up and one ear down. They couldn’t have looked more darling together if they’d tried.
Jenna glanced around. A teenager with red hair parted into two braids sat immediately to his left, and on Lucas’s other side, a guy wearing a tank top sipped a bottle of beer. There were easily two dozen people around the fire, some on blankets, others standing and swaying to the music.
Standing there in her jeans and her mom-cardigan, Jenna suddenly felt a hundred years old. What was she doing there?
Proving you don’t care who Lucas McKinnon dates, remember? “I don’t think we have enough marshmallows for everyone,” Ally said, glancing down at the plastic bag in her hands.
“I actually don’t think there’s enough room for us, sweetie,” Jenna said, wanting nothing more than to bolt back to the beach house.
“Sure there is,” Nick countered, waving at Lucas. Lucas waved back. “Hey, you guys want to squeeze in?” Ally and Nick answered simultaneously. “Yeah!”
Before she could stop them, they sprinted toward the group of people around the fire.
Jenna stayed rooted in place. Her cheeks grew warm, which she blamed on the heat of the fire. It definitely wasn’t because Lucas was looking at her.
She swallowed. “It looks like you’re having a party. We can just come back.”
“Trust me, you’d know if we were having a party.” Lucas nodded at the guy beside him, motioning for him to make room on the log that served as a bench. “Scoot over.”
He moved to one of the blankets on the sand, and the young woman with the red braids did the same. Nick and Ally plopped down on either side of Lucas as if they belonged there...as if Lucas wanted them close by. Warmth filled Jenna’s chest.
“Who wants marshmallows?” Ally raised the bag in the air, and all around the bonfire hands went up.
“See.” Lucas caught Jenna’s gaze and cast a meaningful glance at the log beside Ally. “Plenty of room.” 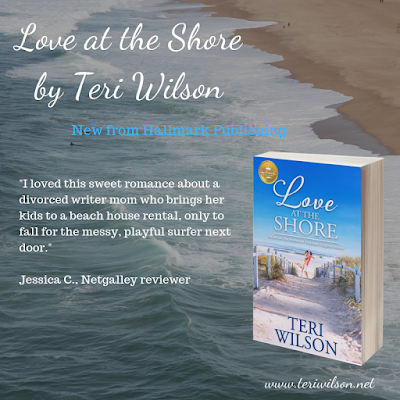 In the Summertime by Mungo Jerry
Wouldn’t It Be Nice by The Beach Boys
Soak Up the Sun by Sheryl Crow
Wipe Out by The Surfaris
Mr. Blue Sky by Weezer
Fun Fun Fun by The Beach Boys
Summer Nights from Grease
Somewhere Over the Rainbow by Israel "IZ" Kamakawiwoʻole
Summertime by Ella Fitzgerald
Kiss Me by Sixpence None the Richer
Beach Baby by Bon Iver
Let It Be Me by Ray LaMontagne 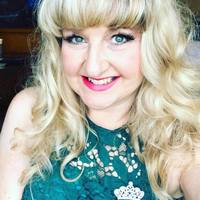 Teri Wilson is the author/creator of the Hallmark Channel Original Movies Unleashing Mr. Darcy, Marrying Mr. Darcy, The Art of Us, and Northern Lights of Christmas, based on her book Sleigh Bell Sweethearts.

Teri is a three-time finalist for the prestigious RITA award for excellence in romantic fiction for her novels The Princess Problem, Royally Wed and The Bachelor’s Baby Surprise, as well as a recipient of the GDRWA Booksellers’ Best Award for His Ballerina Bride.

She has a major weakness for cute animals, pretty dresses and Audrey Hepburn films, and she loves following the British royal family.

Giveaway Open to the U.S. & Canada Only
Note: Not responsible for Lost or Damaged Prizes in Your Mailbox
a Rafflecopter giveaway
Book Blitz Organized by