Welcome to the Official Blog Tour for From Darkness, the third book in the Hearts & Arrows series! This tour will consist of various excerpts and reviews! Today, we have a sneak peek into the book with an excerpt! Bestselling author Staci Hart brings you an addictive romantic mythology series where love is the ultimate game, and Aphrodite always wins. Check it out and grab your copy today! 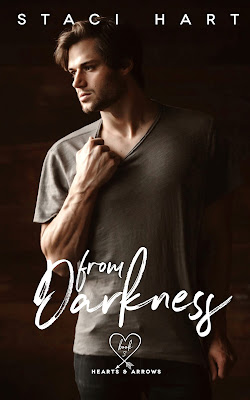 Synopsis:
I never wanted to leave her. But I had no choice.I’ve spent the last three years raising my daughter and wishing for things I couldn’t have. When I came back to New York, I thought I could find my way back to her. But that path was lost, grown over and hidden from everyone, especially me.Her obsession over her best friend’s death is dangerous, and the man she’s after could put her life at stake. She’ll never let it go, not until he’s behind bars or dead. She just doesn’t realize it might not be him who pays in the end.If only she’d let me help her. If only she’d let me in. When she sets her mind to something, that’s it. But there’s an exception to every rule, and I plan to be the exception to this one. And I’ll protect her until my very last breath, whether she wants me or not.

*Excerpt*
Josie could feel Jon's eyes on her, and her brow furrowed with discomfort as she put Chester in her back seat. She climbed in and turned the key, and Jon slipped in next to her, smelling like rain and leather and man.
She swallowed hard.
Should have made him sit in the back.
He grabbed her auxiliary cable and held up the end. “You mind?”
“Rude. But fine, go ahead and hijack my radio.”
He plugged his phone in, and trumpets blared in the speakers as “Ring of Fire” began.
She backed out of the parking spot and took off toward the police station. “You are such a southern boy.”
He looked at her like she had nine heads. “Southern or not, who doesn’t like Johnny Cash?”
Chester drunkenly sang along from the back seat.
Jon hitched his thumb at Chester, and a smile crept across his lips. “See?”
Josie’s eyes were on the road, but she found herself smiling despite herself. She snuck a glance over at him just as he looked away. The windows were cracked, and the wind whipped his hair out from behind his ear and across his face. His hand moved to tuck it back in place, and his fingers grazed the bridge of his nose.
She snapped her eyes forward and took a breath that was achingly full of Jon as Johnny sang about the fire that consumes hearts when they are stupid enough to fall in love.
Josie cleared her throat and turned the radio down, though Chester kept singing. They were otherwise silent through the short distance to the station, the quiet accompanied by the occasional glance from Jon, who was clearly entertained by Chester's enthusiasm.
After they turned the flasher in, they made their way out of the station, neither knowing what to say as they descended the cement stairs.
They stopped for a moment when they reached the sidewalk.
Josie stuck her hands in her jacket pockets, suddenly feeling guilty for her refusal to take him back to his car and for being an ass to him. It wasn’t like he’d planned on crashing her job. She didn’t think at least.
“Listen,” she started, “I can take you back to your car if you want.”
Jon waved her off. “Don’t worry about it, Jo. Really.” He walked backwards with a smile on his face. “I’ll see you around, okay?” he said with a wink before he turned and walked away, whistling his beloved Johnny Cash all the way.
She watched Jon for a little too long before finding her senses and turning for her car, trying to talk herself down like she did every time she saw him.
He hurt you, she told herself.
He left you, she pleaded with her heart.


He chose her, was the only thought that made a dent, and she found her resolve as she drove away. 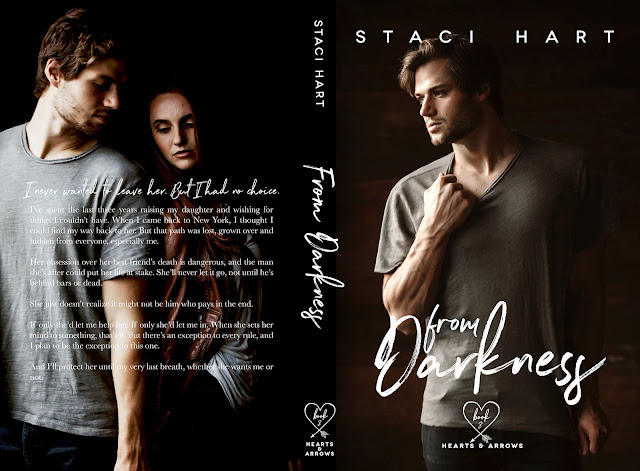 Don't miss the previous titles in the Hearts & Arrows series! 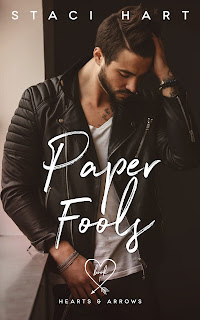 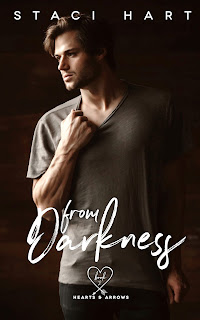 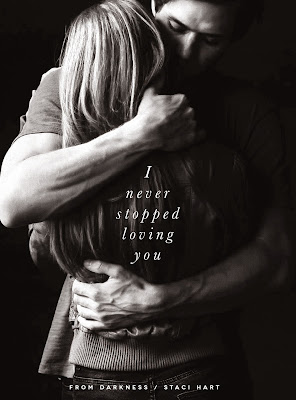