We are excited to share with you this Cover Reveal for Sara Celi's Primary Season! Isn't it gorgeous!?! Check out the excerpt and be sure to preorder your copy today! Sara is also holding a giveaway to celebrate this reveal! Enter for a chance to win! 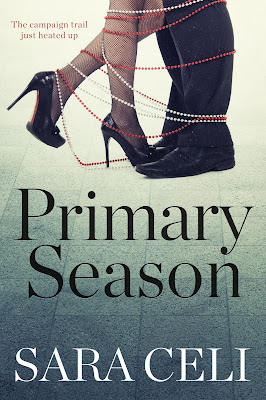 PATRICK BLANCO wants nothing more than a chance at the presidency, and he’s willing to do anything to get it. At just thirty-eight-years-old, Patrick is already one of the youngest and most successful senators in the country, but he’s destined for more. Much more. When the cold winds of the New Hampshire primary blow in his favor, his campaign kicks into overdrive.

So does his love life.

ALEXANDRA JONES knows that working on Patrick’s election could be the job she needs to prove herself in Washington, DC. Win with him, and her life will change forever. She just didn’t count on something---her growing attraction to her boss. Pretty soon, she can’t deny it.

As Patrick and his team head to South Carolina, life gets complicated. This is politics, after all. Secrets don’t say secret for long. Everything has a price. Everyone has a motive. There’s no time for love.

*Excerpt*
“Just give me a chance,” I whispered. “Give us a chance. Please.”

“I need time to think.” She stood and moved toward the door.
I followed. “I’m saying I like you.”
She turned back to me. “I like you, too.”
I stepped closer to her. “And I told you this because…” My eyes searched her face. “I think there is something going on here. Between us. Something more than friendship.” I took another step; she backed up and leaned against the entryway. “Don’t deny it. There is. I know there is.”
In months of working together, Alex had never been this close to me, and it made me aware of the small details about her. She smelled like mint mixed with floral perfume. Her chest heaved as she gulped for air. She had a small scar above her eyebrow, and three moles in a small line on the side of her neck. A few wayward strands of dark hair had slipped from her loose ponytail, and the flicks of yellow in her green eyes beckoned.


“Don’t try to push it away,” I said. “I know you feel it, too.” My breathing grew heavier. “You wouldn’t be here tonight if you didn’t.” 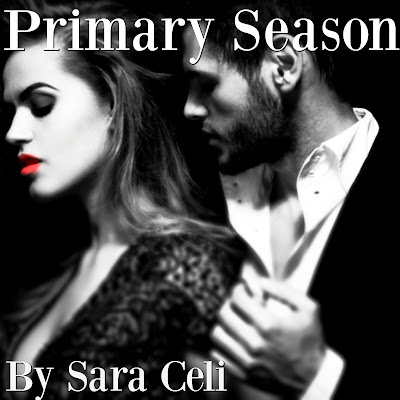 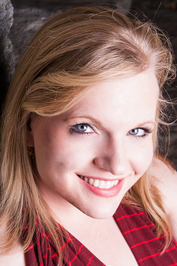 An overactive imagination has always served Sara Celi well. Starting from age 10, with an epic tale about a soldier during the Civil War, Sara has made creating stories her life's work.

Her love of the written word came to fruition with the publishing of her first novel, The Undesirable, in 2013 and she has since published The Palms, Prince Charming, and Natural Love. She is also a contributing author to Chicken Soup for the Soul: The Power of Positive, Chicken Soup for the Soul: The Spirit of America, and a regular columnist for Cincinnati Refined.

Sara Celi calls the Greater Cincinnati area home. In her spare time, she likes to read, shop, travel, run, volunteer with the Junior League, serve on the Board of Trustees for Wesley Community Services, and work with Cooperative for Education, a non-profit providing educational opportunities for the children of Guatemala.