We are absolutely charged up to be a part of this exciting Blog Tour for Tia Lewis's Threat, the first book in the Blood Riders MC series! Today on our stop, we will be sharing an exciting excerpt! There's even a tour-wide giveaway!!! Just keep on scrolling through the post...you'll find all that excitement! 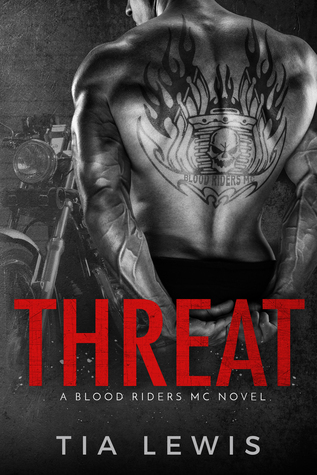 Synopsis:
As V.P. of the Blood Riders MC, Drake is used to calling the shots, getting his way, and sleeping with every biker groupie within reach. When he meets Nicole, her feisty, headstrong beauty pulls him in, even as his instincts warn him she's hiding something.

Nicole is determined to learn who killed her father,, a detective who was investigating the Blood Riders. When the chemistry between her and Drake becomes much more, she's caught between her desires and her desperate need for answers.

Then her search turns deadly, and Nicole has to put everything on the line―and trust that the man she's fallen for will forgive her betrayal. Will he come to her defense ... or will his eyes be the last thing she ever sees? 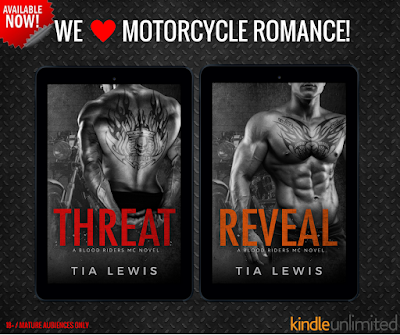 Tia Lewis is a romance author from the Midwest who writes about smart, sexy, sassy women and hot, possessive alpha males. Her favorite bad boys to write about include sports players, mafia, bikers, billionaires, and the bad-ass next door. You can find her cooking, reading, or traveling when she's not busy working on her next release.