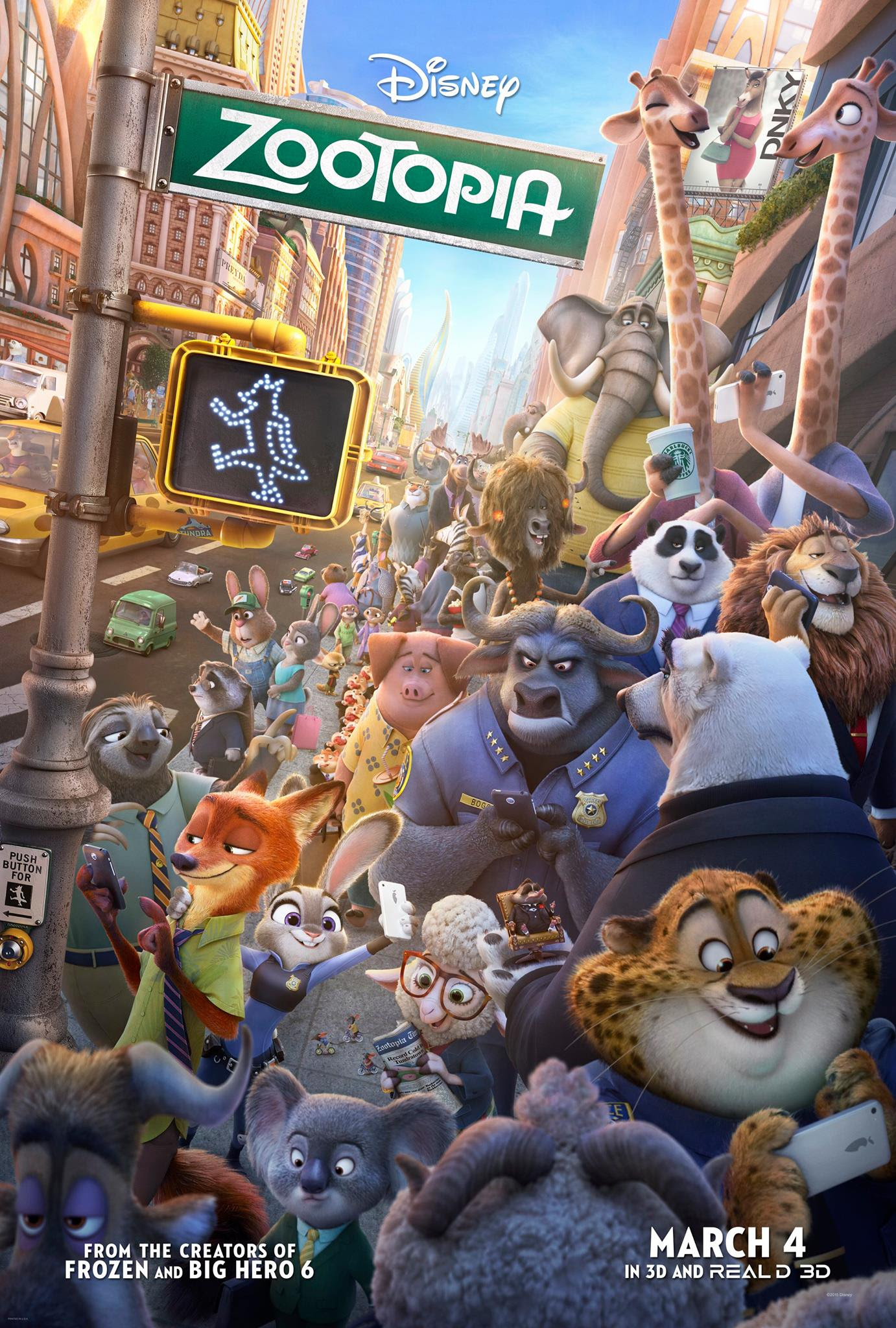 Plot Summary:
From Walt Disney Animation Studios comes a comedy-adventure set in the modern mammal metropolis of Zootopia. Determined to prove herself, Officer Judy Hopps, the first bunny on Zootopia's police force, jumps at the chance to crack her first case - even if it means partnering with scam-artist fox Nick Wilde to solve the mystery. Bring home this hilarious adventure full of action, heart and tons of bonus extras that take you deeper into the world of Zootopia. It's big fun for all shapes and species!
source

*My Thoughts*
Vibrant and joyful, Zootopia is an animated film that blew Frozen, another high grossing film, out of the water with $75 million it’s opening weekend. The story tells of an ambitious rabbit, Judy Hopps (voice by Ginnifer Goodwin), who tackles the responsibility of becoming a cop. She’s lovable and intelligent, as she strives to make the city of Zootopia a peaceful place where “Everyone can be anything.” As the lead protagonist Judy shows compassion and empathy for others who have been discriminated against. Despite her small stature, she is strong and resilient in a case that will cost her her new career as a cop.

In comparison, her parents and Nick Wilde (voiced by Jason Bateman) try to remain realistic and try to keep her from dreaming big. Judy represents ambition and endurance. She has big dreams outside of the expectations of what is expected of her small farming community. Along with Judy, a cast of complimentary animals joins her in this film.

Zootopia provides a colorful cast along with the various animal species seen (with the exception of avian, aquatic, or reptilian animals). The con artist, Nick Wilde, provides a contrast to Judy. He is laid-back, sneaky, and enjoys a good time. As a clever fox, he’s not particularly threatened by having Judy around to ruin his game until she forces him into what will become an inseparable friendship. Chief Bogo (voiced by Idris Elba) is hard-headed, stern, and acts as the films main antagonistic force until midway through the film. Zootopia also includes timid sheep and panthers, tough rams, and habitually howling wolves.

No room for subtleties, Zootopia delivers messages of stereotypes, racism, discrimination, and drugs. Predator vs prey, savage vs civil, and breaking the barriers of what is expected of you. This film tries to teach tolerance, love, and acceptance to its younger viewers. Preconceptions of the predators, due to ancestry, was played upon to induce fear and give rise to protests to coexistence and expressing judgements. This film, although animated, connects to and plays heavily to reality.

Posted by Mariah Bonifacio at 9:17 PM