We are absolutely ecstatic to be celebrating the release of Public Enemies, the second book in the Immortal Game Trilogy, by Ann Aguirre! 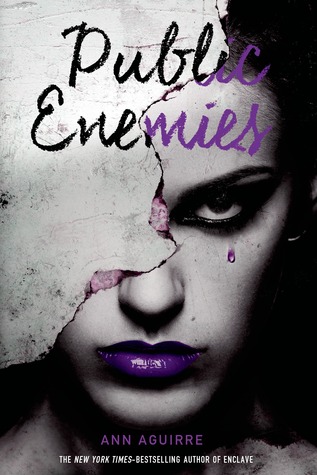 Synopsis:
In Book 2 of the Immortal Game Trilogy, Edie must learn the rules of the game . . . and then play better than anyone else.


Through a Faustian bargain, Edie Kramer has been pulled into the dangerous world of the Immortal Game, where belief makes your nightmares real. Hungry for sport, fears-made-flesh are always raising the stakes. To them, human lives are less than nothing, just pieces on a board.

Because of her boyfriend Kian's sacrifice, she's operating under the mysterious Harbinger's aegis, but his patronage could prove as fatal as the opposition. Raw from deepest loss, she's terrified over the deal Kian made for her. Though her very public enemies keep sending foot soldiers--mercenary monsters committed to her destruction--she's not the one playing under a doom clock. Kian has six months...unless Edie can save him. And this is a game she can't bear to lose.

*Excerpt*
“Better?” he asked.
“A little. How long have we been here?”
“I’m not sure. But probably not as long as you think.”
“More of the Harbinger’s tricks?” I tugged at my clothes, only to notice that they’d shifted back at some point. So… was I wrong before? Am I wearing the same dress? The constant unreality might wreck my brain.
“Mostly. I think.”
The Harbinger stopped his bizarre frolicking to clap his hands, and the sound rang out like thunder, much louder than anyone else could achieve with two palms. “We have one final diversion before the feast is ended. Shall I show you?”
Like before, the mob practically destroyed the ballroom with enthusiasm. By then, numbness had taken over; I could only exist in a state of abject terror for so long. Along with everyone else, I watched as two giant amorphous moth-beasts dragged someone up onto the dais. At first glance, I thought it was a girl but when the person rolled over, I realized it was a boy, probably fourteen or so, and small for his age. Definitely human, unless this was the best illusion ever. His terror was palpable, and it made the immortals nearby stir with avid anticipation.
“Delicious,” something with sharp teeth hissed.
The boy came up onto his knees, resting delicate hands on the floor before him in a posture of defeat so abject that I took a step forward. Bruises ringed his throat and his wrists, and what he had on could barely be called clothes; the shirt was torn in three places and the pants had frayed until they hit his knees, revealing filthy calves and feet that were sliced up as if he was routinely forced to walk across broken glass. On his right hand, two of the fingers were bent at unnatural angles, either broken now, or they had been, then they healed badly afterward.
“Kian…” I whispered. “I don’t like where this is going.”
“This one has a most impressive survival instinct,” the Harbinger said, indicating the cowering boy with a flourish. “He’s been my favorite pet for some time. But his luck might run out today. Shall we find out?”
The audience rumbled in agreement, and the room changed. I had no explanation for it, but suddenly it seemed as if we’d moved from the ballroom entirely. We were standing outside an arena now with a blood-stained pit below. Bones littered the floor of it, along with broken weapons. Snarls came from the sublevel, enough to chill my blood.
“Time for a bit of fun,” the Harbinger said.
Before I knew what I planned to do, I broke away from Kian. He reached for me but I wasn’t stopping. I’d been passive for too long, waiting and hoping that things would get better. It was time for me to fight, even if I didn’t know how. Yeah, there might be fallout, but the Harbinger had to protect me, right? Even if I interfered with his grisly show.
Scared didn’t cover how I felt just then. This is a death match, a gladiator fight, and you’ve never even played Mortal Kombat. You don’t know shit about knives or swords or whatever. You’re probably going to lose. Horribly.
But I wouldn’t be able to live with myself if I stood by and watched.
When I climbed up on the stage, the Harbinger was a statue, lightning eyes flashing astonishment and displeasure. But he held still and waited for me to play my card. Maybe Dwyer was right, and I’d end up broken if I participated in their game. I only knew that I was sick and tired of being moved on the board. 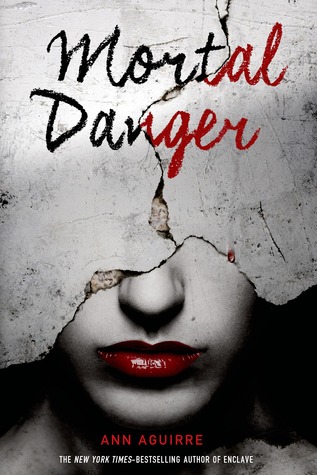 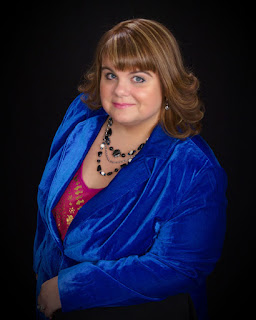