Welcome to the exciting Book Blitz for Inborn, the first book in The Birthright Series, by Amy Saunders! And...to celebrate this Book Blitz, Inborn is on sale now for only $1.99 until 8/15/15! 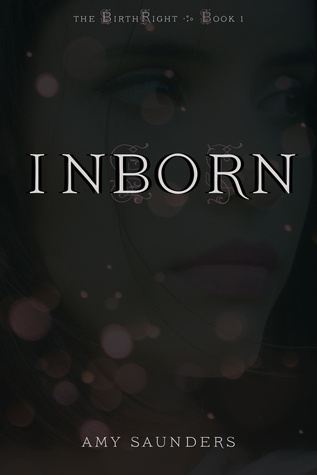 Synopsis:
Rosamund Brandt has had a semi normal life for sixteen years. Well, semi normal for a family descended fro aliens. Sure, she could create portals and her family had a secret basement. But she went to school, had a best friend, and got her driving permit like every other teen.

However, her definition of "normal" unravels when a killer with multiple powers and an agenda steps into town. When Rosamund herself becomes a target, she has a choice between playing the killer's game and saving a few, or getting to the core of the murders and stopping them for good.

Rosamund's choice will save everyone she cares about--or unleash a new era for herself and her family, shattering whatever hope for going back to normal she had!

After getting scratched by branches I couldn’t see and tripping on underbrush, I picked up my pace just to get out of there, transitioning into a jog. I wouldn’t be able to keep it up with the backpack, but I figured I could go in bursts.

I started running, my light bouncing up and down. I dodged a tree just in time, but then my toe caught and I crashed facedown in the leaves. My flashlight flew out of my hand, landing a few feet away and spinning around to shine right in my eyes. I shut them, sitting up and pausing a moment until the spots in my vision cleared.

When I could see again, I almost wished I couldn’t. The flashlight spotlighted what I’d tripped on–a girl–sprawled on her stomach across the dead leaves, her eyes frozen on me, her skin beyond pale. I screamed, grasping at the leaves to get on my feet, grabbed the flashlight and ran.

I got two feet when I got tangled in something wet and sticky. It wrapped around my face and body like wet strands of hair and I flailed, getting more entangled, sucking in shallow, rapid breaths. My heart raced so fast I couldn’t hear anything else.

I wanted to scream again, but I choked it down, forcing myself to take a few deep breaths, trying to think about this rationally. This was a drill. So…maybe this was just part of the drill and that’s why Dad made us go on foot. He was testing us–me–to see how we handled an actual scary event. The body was just a dummy or even a person they’d hired to play dead or something. It was just another test. I didn’t know what this stuff was that I was wrapped up in, but I could get out of it. All I had to do was focus. 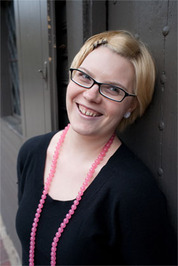 Amy Saunders has always loved stories. From bedtime tales her parents told her about their childhood (over and over again) to the Berenstain Bears, she lived to hear the next story.

So she guessed that it's not surprising that she came up with her own stories and started putting them on paper as soon as she could write. She remembers carting notebooks with her to school and working whenever she had the chance (some things don't really change). Later, she branched out into poetry and plays and experimental works, but she always came back to stories.

Weirdly enough, even though she loved mysteries and sci-fi/fantasy, she focused on writing literary short stories for several years. But everything changed when she wrote her first novel as a challenge in 2009. Not only was it a novel, but it was also a mystery (actually, it'w what became The Jester's Apprentice). She was hooked, and over the last few years, novel writing has grown into a full-time pursuit. According to her sister, she talks waaayyy too much to write short stories.)

Beyond writing, she's a Massachusetts native with strong ties to the Rhode Island coast, and she loves to bake, watch movies, and tackle graphic/web design projects. 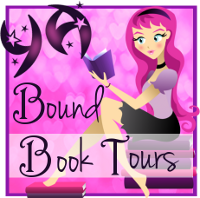