As a FINNClub member, we get exclusive first looks at material for Blurred Lines, the fifth novel of the Out of Line Series, by Jen McLaughlin! Today, we are absolutely thrilled to reveal the book trailer with you!

Finding my fiancée naked on my couch might’ve been a good thing, if her ex-boyfriend hadn’t been with her. For the past eight years I’ve been a witness to the power of true love, but after getting burned I’d decided there wasn’t any hope for me finding it for myself. Until I met Noelle Brandt in a hotel bar. Maybe it wasn’t the most romantic meeting, but the moment I met her I knew I had to have her. The more I learn about her, the more I know I’ll do whatever it takes to keep her.

I’d already found the love of my life, but I’d lost that love forever. And I’d been lost ever since. But one night a wounded man makes all of that go away. He makes me laugh, live, and feel alive. When he tells me he has no intention of letting me go, I finally begin to believe in the power of true love again. That is, until I find out who he really is…and by then, it’s far too late to correct the mistakes we’ve already made. By the time we both know the truth, the lines have already been blurred beyond recognition. 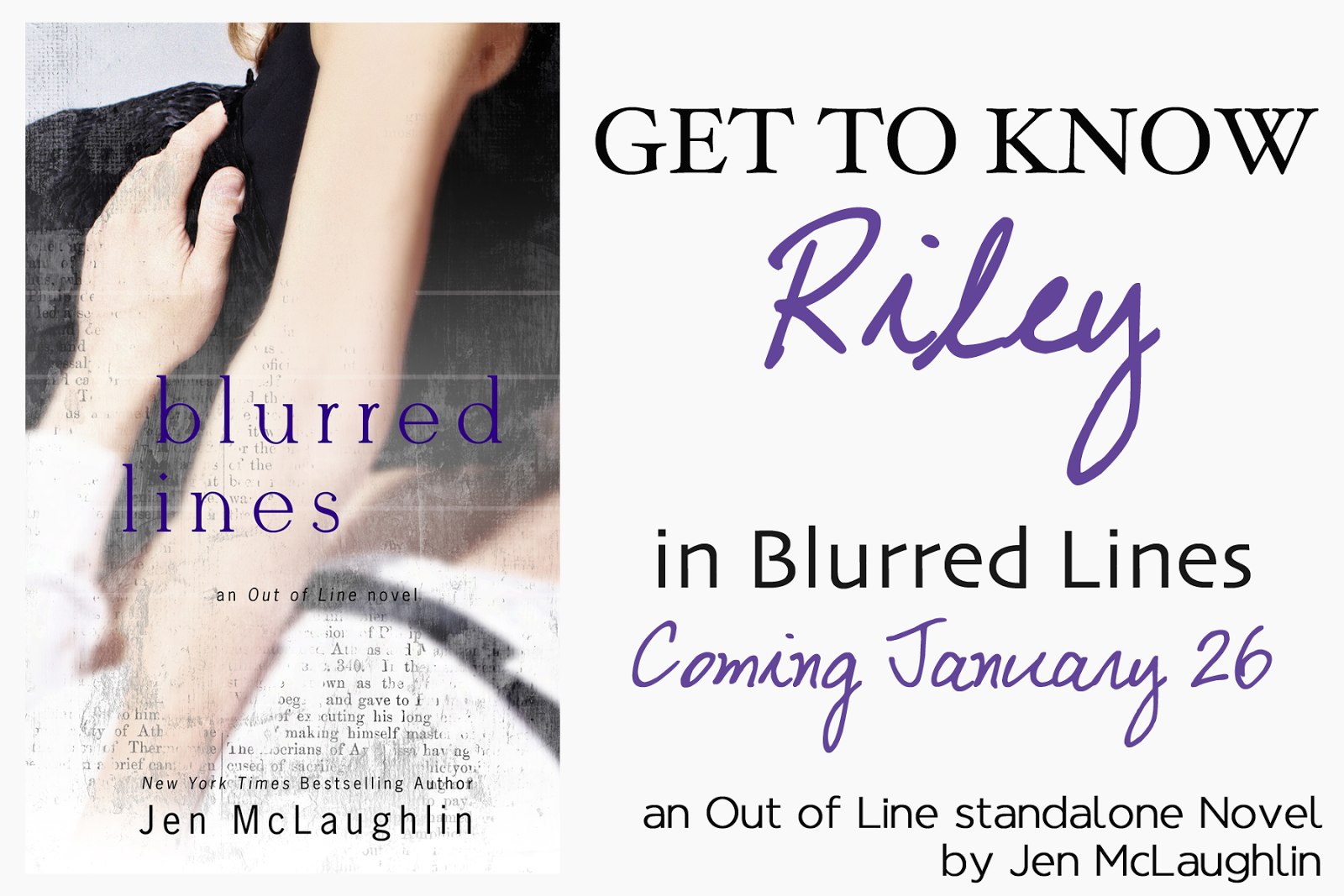 Here it is!!! The Blurred Lines book trailer! Watch it now!

Jen McLaughlin is the New York Times and USA Today bestselling author of sexy New Adult books. Under her pen name Diane Alberts, she is a multi-published, bestselling author of Contemporary Romance with Entangled Publishing. Her first release as Jen McLaughlin, Out of Line, released September 6 2013, and hit the New York Times, USA Today and Wall Street Journal lists. She was mentioned in Forbes alongside E. L. James as one of the breakout independent authors to dominate the bestselling lists.

She is represented by Louise Fury at The Bent Agency.

Though she lives in the mountains, she really wishes she was surrounded by a hot, sunny beach with crystal-clear water. She lives in Northeast Pennsylvania with her four kids, a husband, a schnauzer mutt, and a cat. Her goal is to write so many well-crafted romance books that even a non-romance reader will know her name.