Welcome to the exciting Book Blitz for Henge, the first book of the Le Fay series, by Realm Lovejoy! However, this is not just a Book Blitz! Nope! This is also a trailer reveal...oh yeah! Scroll on down...and you will find the book trailer for Henge! Don't forget there's also an awesome giveaway at the end of this post! 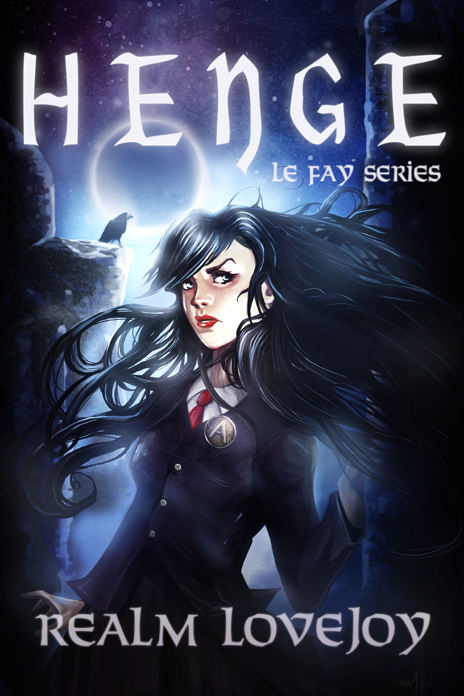 Summary from Goodreads:
Modern-day Camelot. Where knights no longer carry swords. Magic is dangerous. And those who seek control are not to be trusted.


Along with the other fire, water, and wind users in Arthur’s Round, Morgan is rigorously trained and tested. The handsome Merlin, a brilliant water user, takes a particular interest in her. Is his friendship to be trusted, or is Merlin simply trying to win the position of Maven for himself? Among the many rivals Morgan faces is the current Maven, Mordred, who seems determined to see her fail.

But Morgan has a secret—years ago, her mother was executed for using fire magic, and Morgan’s desire for justice makes her more than ready to take on the challenge before her. Can she prevail in Camelot’s tests of survival and magic? Only time—and Morgan’s powerful fire—will tell.
_________

"Camelot meets Hogwarts meets Panem in this intriguing, well-written beginning to a planned YA series."--Kirkus Reviews

Realm Lovejoy is a writer and an artist. She was raised in Washington State and the alps of Nagano, Japan. Her father is a Japanese ex-monk and her mother an English teacher from Rhode Island. Her art is influenced by both the East and the West.

Realm aspires to tell stories through her writing and art.

She is agented by Jessica Regel.

Her YA sci-fi debut novel Clan was released November 2013.

Posted by Jasmine Albitos at 10:07 AM