Today we are revealing a special announcement from author Nazarea Andrews. Check out the author's note, excerpt, and teaser below for details! 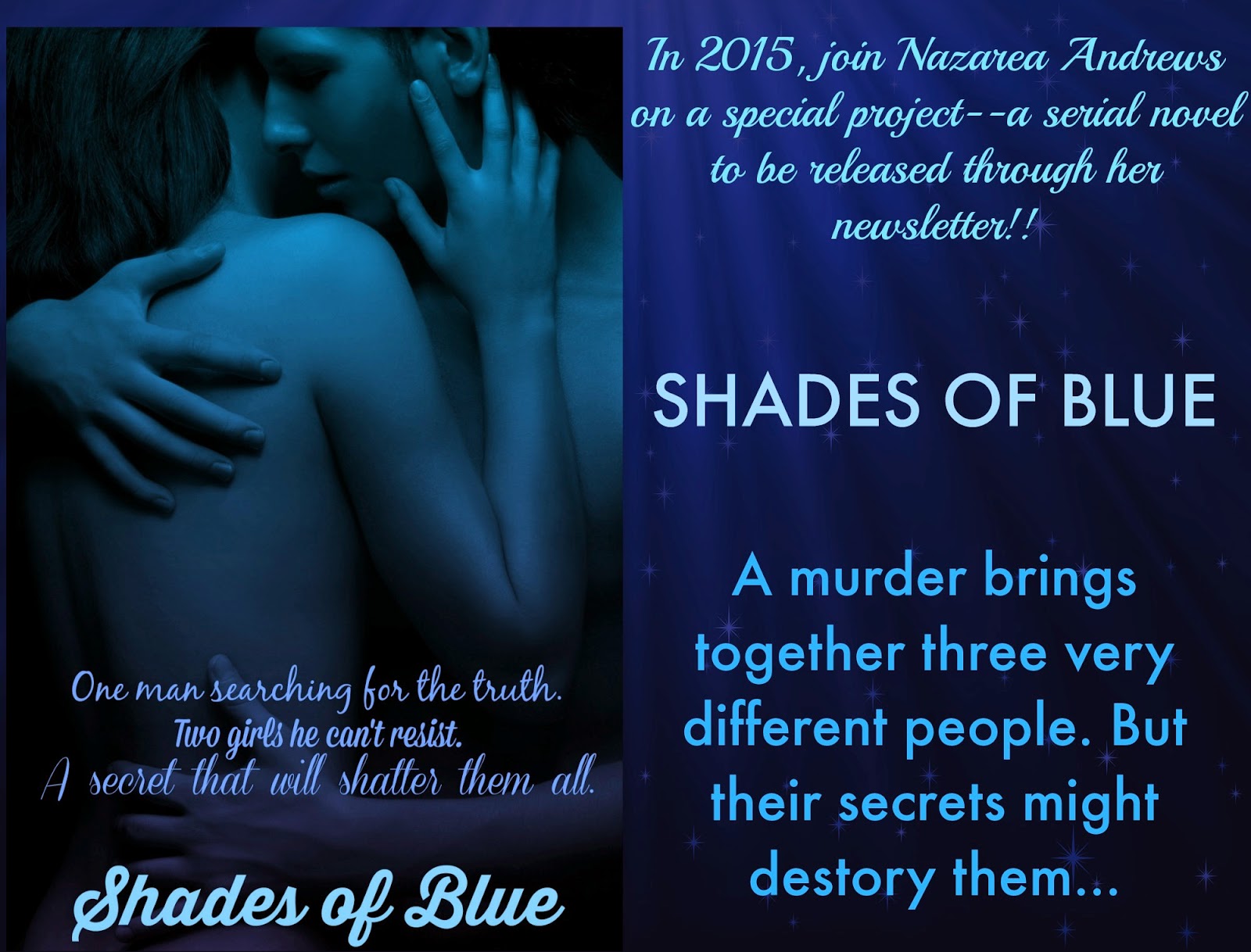 Note from the Author:
This year, I’m doing something super fun—I’m releasing an entire novel in serial format, with a new installment coming every week. And the only way to read it is to sign up for my newsletter!!! I know, I know! Newsletter—all the spam. But I promise. No spam. Aside from the weekly story updates, I’ll probably send one newsletter a month announcing new releases or upcoming events. And that’s it.
So here’s a bit about this sexy new thriller.About Shades of Blue
Caledon Peterson came to Northern University for one thing: to find his missing brother. But the college is a hive of secrets, and he’s quickly drowning in them.

Indigo Kennish is a junior, an activist and an enigma, someone he can’t quite figure out with electric blue hair, a bad attitude, and lips he can’t quit thinking about. Violet Rice is the picture perfect sorority girl, daughter of the dean and blatant about wanting him. But neither girl is telling him the whole truth.

And someone is killing students at the university.

As the body count grows, and the truth about his brother comes to light Caledon is drawn closer to both girls, and the secrets threaten to bury them all.

Go back to Northern in a new novel that tells the curse of Bluebeard in a modern dark thriller where you never know who to trust. 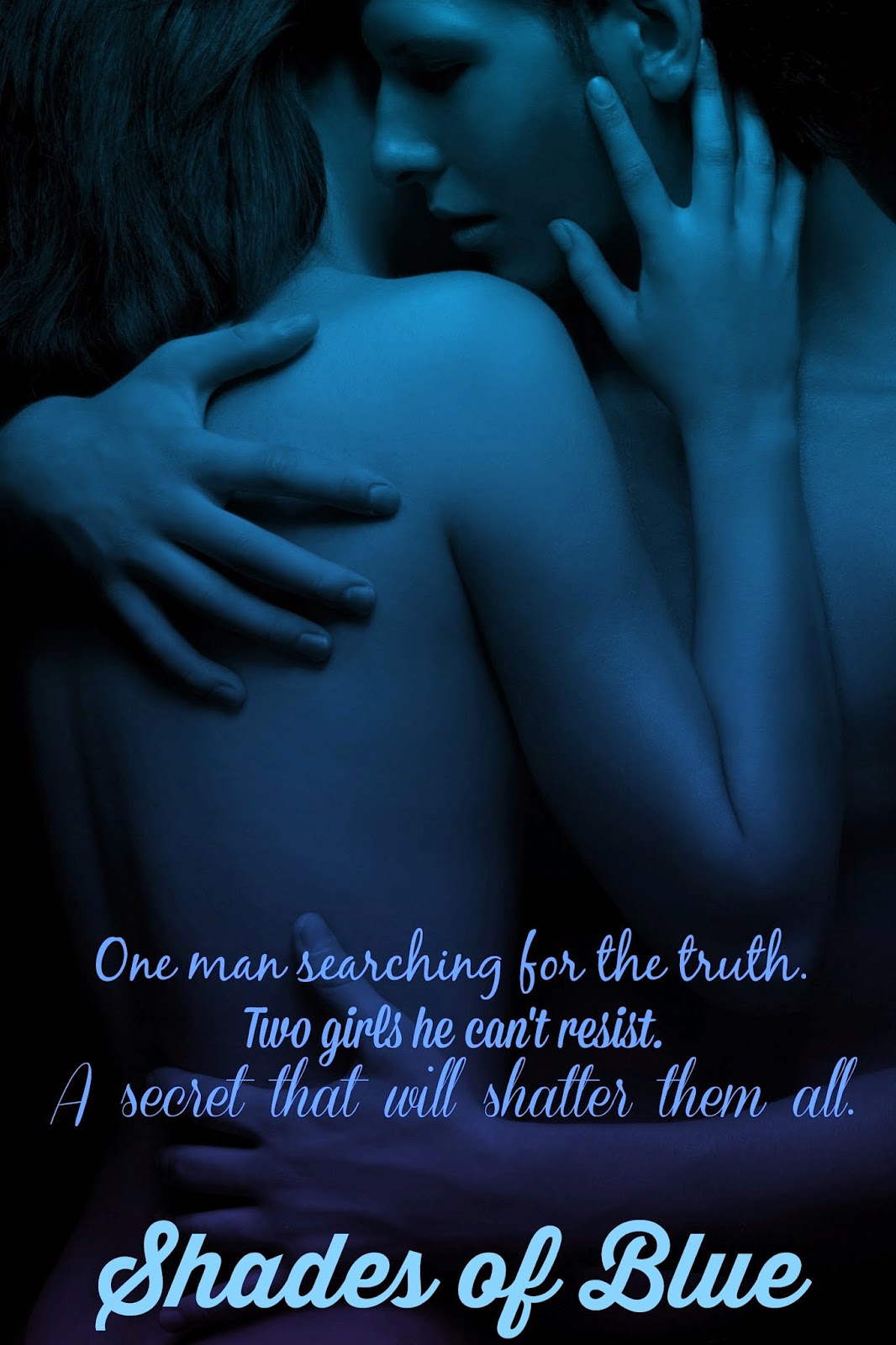 *Excerpt*
I hate Northern. I hated it when I visited it the first time, when I told Dad to fuck himself and his alma mater. I hated it every time I came back, for one of my brother’s graduation. I hate it now, more than ever. Because this time I’m here to find the brother who vanished on its fucking campus. I sit on the stone stoop, and stare at the students bustling around campus like it holds the secrets to their entire world. Hell, maybe it does. For me, it holds the secrets of my brother, and that’s enough. Freshman orientation is in an hour, and I stretch my legs. It wouldn’t do to be late, not at my first official function. A few girls sashay by, and I can feel their eyes, hot and assessing. It’s not terribly surprising. I’m a Peterson, after all. We are born lucky, blessed with wealthy and intelligence, and damn good genetics. I flash them a quick smirk, and one, the one in the middle, blushes, a deep bloom of color that trails down her neck. I laugh soundlessly as the ringleader pulls away her minions, gossiping as fast as they go. Lane has been missing for six months. Since March. And the cops say nothing happened—he answers his emails, and he says he’s in Europe for a while, getting a fresh look on shit after a bad breakup. But I know my brother. And Lane isn’t in fucking Europe. He hated Europe—we always ditched mom and dad, ending up in some shitty hotel in Amsterdam, blitzed out of our minds. Dad hated that I subverted Lane. The older guys never fell for my shit. But Lane—we were separated by three years, but he was the best friend I could ask for. I shake my head, and glance down at the email again. It’s from last October, talking about a girl he had just started seeing, a girl who would break his heart. They’re saying he ran from her.