NERD BLAST: The Cold Is In Her Bones by Peternelle van Arsdale

Today, is the last day of this Nerd Blast+ Giveaway for Peternelle van Arsdale's The Cold Is In Her Bones! And, of course, we would like to spotlight this novel with a cool giveaway! So... Check it out and enter the cool giveaway for a chance to win! And, grab your copy now!!!

**About the Author**
Peternelle van Arsdale grew up in Newark, New Jersey, where she attended public school through the eighth grade. After that she attended three high schools in three different towns in four years, was deeply unpopular, and counted the seconds until graduation. She majored in English literature at Bryn Mawr College, and then landed in book publishing, thinking it was a good way to be paid to do what she liked to do anyway (she was only partly wrong). She worked her way up from editorial assistant to executive editor of adult fiction and nonfiction, and eventually struck out on her own as an independent editor.
Her first young adult novel, The Beast Is an Animal, is being developed by Amazon Studios for a feature film produced by Ridley Scott’s Scott Free and directed by Bert & Bertie. Her essays have been published by LitHub, Hypable.com, and Culturefly, and her short fiction has been published by The Whitefish Review. 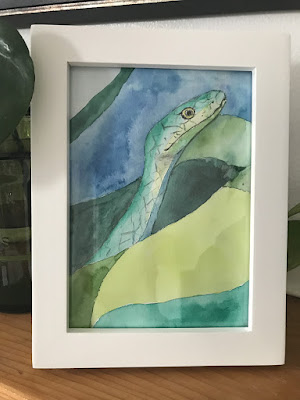