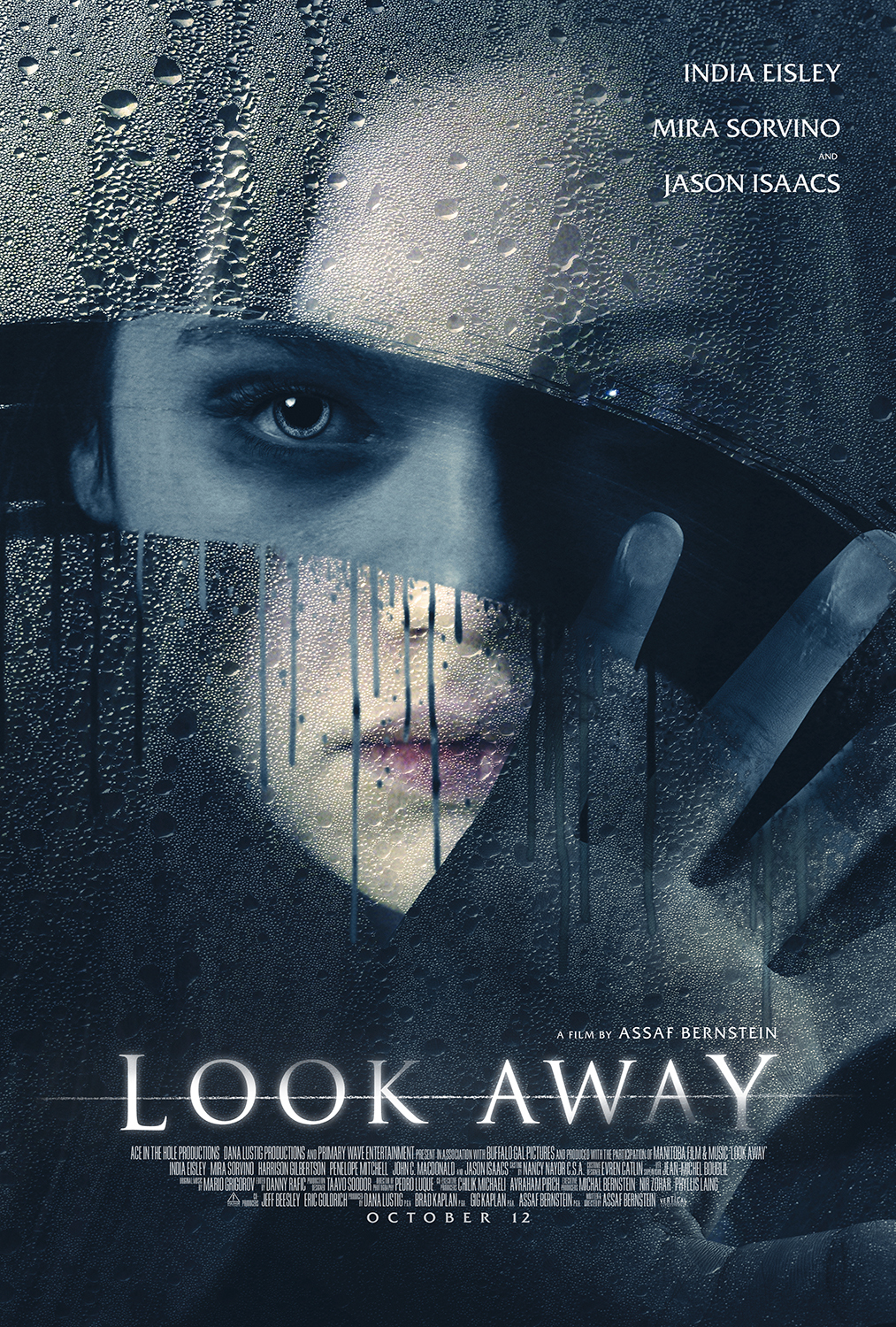 Directed and Screenplay by:
Assaf Bernstein

Plot Synopsis:
Look Away is a new psychological thriller starring India Eisley, Mira Sorvino and Jason Isaacs. Written and directed by Assaf Bernstein, the films tells the story of Maria (Eisley), a shy 18-year-old high schooler who feels utterly alienated by her parents and outcast by her peers. Lonely and insecure, she opens up to her reflection in the mirror, only to discover that the reflection has a mind of her own.

As Maria’s isolation worsens at home and at school, her relationship with her alter-ego in the mirror intensifies. She switches place with the twin in the mirror and experiences freedom and confidence for the first time.

But this newfound freedom unleashes suppressed feelings, and violence erupts. Will Maria be able to return to her true self? Or has she just discovered who she really is?
source

Chilling, haunting, and slow paced, I would say Look Away is an underrated psychological thriller. Look Away is a film about a life where 18-year-old high schooler, Maria, has all the resources she needs to live a comfortable life, but having it doesn’t necessarily mean she is happy. The film introduces an overused trope for the main character. Maria is clumsy, bullied, and overall ostracized for her meek personality. She is beautiful but lacks the confidence needed to express or defend herself. The overall setting takes place during winter in Maria’s hometown. It’s gloomy, cold, and creates a superficial mood that says, “everything is just fine.” It has a pristine appeal to it and all it takes is one mishap to change everything.

During Look Away, Maria finds a sonogram of twins tucked into her vanity mirror, but Maria does not have a twin or sibling in the film. This acts as a foreshadow of Maria’s reflection, who calls herself Airam, coming to life. Maria is later pushed over the edge and humiliated during the winter dance, wherein she is dragged across the ice while everyone else points and laughs. This acts as the catalyst to Maria finding solace in Airam and by some method, either magical or psychological, they switch places. It takes a mentally ill teenager to creepy and murderous extremes. While unleashing your opposite half or deepest desires is an interesting concept to venture into, unfortunately Look Away didn’t offer anything new, but it makes you wonder what would happen if people always acted on their most real or deepest thoughts. By the end of the film the viewer can understand that Airam is simply Maria. After every piece of Airam’s revenge is completed, Maria does not respond when Airam looks into the mirror one last time. In a sense, Maria’s family is complete with the presence of Maria and Airam or Maria herself is complete by accepting Airam. While Look Away may not add anything new to the psychological thrillers, it is oddly satisfying to watch.

Posted by Mariah Bonifacio at 9:31 AM