JASMINE's THOUGHTS on The Devil Aspect by Craig Russell 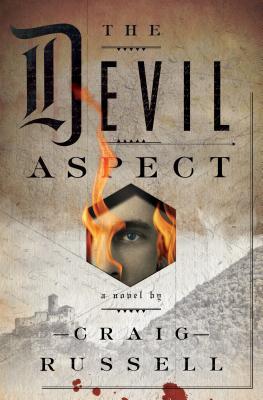 Synopsis:
Prague, 1935: Viktor Kosárek, a psychiatrist newly trained by Carl Jung, arrives at the infamous Hrad Orlu Asylum for the Criminally Insane. The state-of-the-art facility is located in a medieval mountaintop castle outside of Prague, though the site is infamous for concealing dark secrets going back many generations. The asylum houses the country's six most treacherous killers--known to the staff as The Woodcutter, The Clown, The Glass Collector, The Vegetarian, The Sciomancer, and The Demon--and Viktor hopes to use a new medical technique to prove that these patients share a common archetype of evil, a phenomenon known as The Devil Aspect. As he begins to learn the stunning secrets of these patients, five men and one woman, Viktor must face the disturbing possibility that these six may share another dark truth.

Meanwhile, in Prague, fear grips the city as a phantom serial killer emerges in the dark alleys. Police investigator Lukas Smolak, desperate to locate the culprit (dubbed Leather Apron in the newspapers), realizes that the killer is imitating the most notorious serial killer from a century earlier--London's Jack the Ripper. Smolak turns to the doctors at Hrad Orlu for their expertise with the psychotic criminal mind, though he worries that Leather Apron might have some connection to the six inmates in the asylum.

Steeped in the folklore of Eastern Europe, and set in the shadow of Nazi darkness erupting just beyond the Czech border, this stylishly written, tightly coiled, richly imagined novel is propulsively entertaining, and impossible to put down.

**About the Author**
Craig Russell is an award-winning, best-selling and critically-acclaimed author, published in twenty-five languages around the world. The Devil Aspect was acquired by Jason Kaufman, Dan Brown’s editor at Doubleday. The movie rights to the Devil Aspect have been bought by Columbia Pictures. Biblical, his science-fiction novel, has been acquired by Imaginarium Studios/Sonar Entertainment for development into a major TV series. Four Jan Fabel novels have been made into movies (in one of which Craig Russell makes a cameo appearance as a detective) for ARD, the German national broadcaster, and the Lennox series has been optioned for TV development.
source

Huh... Interesting and dark. This was a well-written read which was rich with history and detail. The synopsis/blurb alone drew me in with its dark and mysterious setting. The pacing of the story was like a slow burn of apprehension that gave me goosebumps from beginning to end. Although seems deliberate to set the "stage" of this story, I felt it dragged for my liking. However, I think this is a contemplative horror mystery that fans of this genre will definitely enjoy. And, that's just it... The Devil's Aspect is not a read that one just breezes right through it; but, this is one that is engrossing and thoughtful which adds to the rich history of the time period that this takes place in.

Posted by Jasmine Albitos at 12:15 PM