Today, we have a Cover Reveal for Christina Bauer's Kaps, book 4 in the Angelbound Offspring series! To celebrate this reveal, we have an author-hosted giveaway to share! So, check it out and pre-order your copy now! 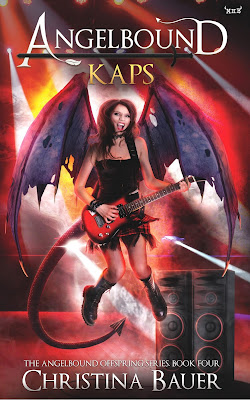 Synopsis:
Meet Kaps: renegade, dragon shifter, and general pain in her parent’s backsides. Kaps turns away from the dragon world in order to become a rock star on Earth. Everything is going well—Kaps has fans, fun, and unconditional support from her best friend Rhodes—until one concert in the desert changes everything. 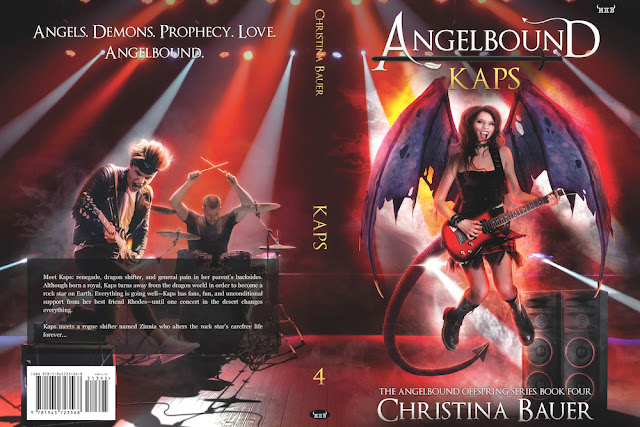 "I can NOT wait for the next installment of this series. These characters are some that you care about and want to know what goes on with in this magical world. Even the bad ones keep your attention. I'm going to go take a cold shower and see if I can calm down some." - Flying Monkeys Reads

"From the first chapter I was hooked." - Urban Fantasy Investigations

Get started on the Angelbound Offspring series now!

Don't miss the exciting titles in the Angelbound Origins series!

Get your FREE copy of Christina’s novella, Beverly Hills Vampire, when you sign up for her personal newsletter: https://tinyurl.com/bauersbooks
***Not available in stores***

Note: Not Responsible for Lost & Damaged Prizes in Your Mail Box
a Rafflecopter giveaway
Cover Reveal Organized by