Today, we are kicking off this 5-day Nerd Blast for Shane Morales's She Doesn't Know! There's a cool blitz-wide giveaway, so enter for a chance to win! So... Check it out and grab your copy now!!! 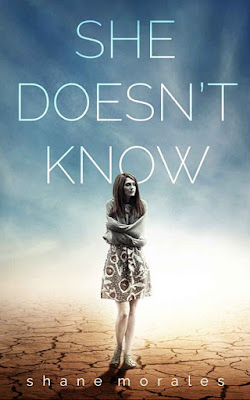 Synopsis:
Chloe Parker has just been uprooted to a tiny American compound in Saudi Arabia. You’d think after fourteen years of being an Air Force brat, she’d be used to being the new kid, but it still sucks. At least until she meets charming, charismatic Alex and falls for him hard.

But Alex is a year older and is heading off to boarding school in Switzerland. Chloe won’t see him again for nine months and it’s breaking her heart. She doesn’t even know if Alex likes her back until he gifts her his private binder of hand-written stories and song lyrics to remember him by. That has to mean something, right?

At long last the wait is over and Alex returns, but he's a haunted shell of his former self. Something bad happened while Alex was away, something that killed the light in hi

s eyes, and Chloe is determined to help him. She has to get the old Alex back.But Chloe doesn’t know you can’t bring someone back from a place you’ve never been. All you can do is be there when they finally decide to come home.

**About the Author**
Forever young and living on the fringes of society, Shane Morales delights in questioning authority and challenging social norms. Drawing from his own teen experience, he writes young adult stories about first love and second chances.

Shane grew up overseas and attended a boarding school in Switzerland during the 80s. He went to college in Maryland where he earned a degree in physical geography with an emphasis in comparative paleo-anatomy (he knows a lot about dinosaur hip structure). After graduating, he disregarded his training, promptly fell in with a bad crowd and spent the next 17 years in IT.

He can usually be found at his computer writing, coding, or wreaking pixelated havoc online with his friends.

Shane currently lives in Florida with his wife and two Feline Masters. 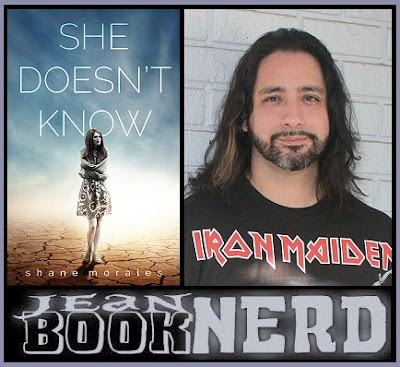 Note: Not Responsible for Lost & Damaged Prize in Your Mail Box
a Rafflecopter giveaway
Nerd Blast Organized by