Welcome! Welcome! We are excited to share with you this 5-day Nerd Blast for James Preller's The Fall! Another unflinching book about bullying and its fallout. We have a sneak peek excerpt...just in case you haven't read the book yet! Plus, we also have blast-wide giveaway to share! Check it out and grab your copy today! 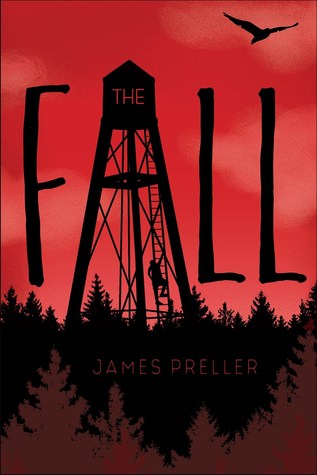 Synopsis:
An innovative new perspective on the tragedy of teen suicide. The summer before school starts, Sam's friend and classmate Morgan Mallen kills herself. Morgan had been bullied. Maybe she kissed the wrong boy. Or said the wrong thing. What about that selfie that made the rounds? Morgan was this, and Morgan was that. But who really knows what happened?As Sam explores the events leading up to the tragedy, he must face a difficult and life-changing question: Why did he keep his friendship with Morgan a secret? And could he have done something-anything-to prevent her final actions?From James Preller, the author of Bystander, another unflinching book about bullying and its fallout.

*Excerpt*
NOT LIKE METwo weeks before Morgan Mallen threw herself off the water tower, I might have typed a message on her social media page that said, "Just die! Die! Die! No one cares about you anyway!"
(I'm just saying, it could have been me.)And I say "could have" because the message was anonymous. Untraceable. Nobody knows who said that horrible thing. That was the beauty of the deal. Nobody knew exactly who said what, except for Athena, I guess. The rest of us sent messages from the shadow places and let them run loose like wolves in the forest.No one was responsible.I sure don't know who typed what. Whose fingers punched the keys? Who said such cruel, unspeakable things? I wonder, Could it have been me?No, that wasn't like me at all.CAST OUTI barely knew her. Not many people did. But I knew this: She was out there.Ladies and gentlemen of the jury, I ask you: Am I not allowed to say even that? It doesn't make me a bad person for stating the obvious. It was a fact-Morgan Mallen was different, but not in a good way. Like in a waaaaay way.For example: The sky is gray, the grass is green, and Morgan Mallen became the saddest girl I'd ever seen. It even rhymes. Green, seen, mean, teen, sardine.(Etcetera, etcetera.)Some girls in school claimed she was this and alleged she was that. There was also a selfie that famously made the rounds. She maybe kissed the wrong boy. Who knows what really happened.Once a message was spray-painted on the girls' bathroom door, and another day it appeared on the side of the snack shack by the football field: "Morgan Mallen is a slut."Check that tense. Was, not is.Was a tramp. A selfie-sharer. An outcast.None of this makes me a bad person.Right?Copyright © 2015 by James Preller

Praise for THE FALL“With its timely, important message and engaging prose style, Sam's journal ought to find a large readership.” ― Kirkus Reviews“Preller returns to themes addressed in his 2009 novel, Bystander, in an equally painful story about the aftermath of a teenager's suicide. After relentless bullying online, high school outcast Morgan Mallen throws herself off a water tower, leaving her tormentors to grapple with guilt over how they treated her. The narrative is composed of confessional journal entries written by one of Morgan's classmates, Sam Proctor... The journal format closely chronicles Sam's transformation from follower to leader, yet Preller avoids sermonizing, instead focusing on one individual's complicated process of grieving, accepting responsibility, and moving forward.” ― Publisher's Weekly“A compelling look at the aftermath of bullying, from the bully's perspective. . . . Readers will relate to the teen, who's less a bully than an average guy who gives in to peer pressure and inaction. This fast-paced story will spark discussion on cyberbullying, depression, and how to deal with tragic events.” ― School Library Journal“The pace is fast, yet the story unfolds slowly, one piece at a time. Readers will put this puzzle together, eager to see whether Sam ultimately accepts his role in Morgan's death, and wanting to see the whole story of what one person could have, and should have, done for Morgan.” ― Booklist 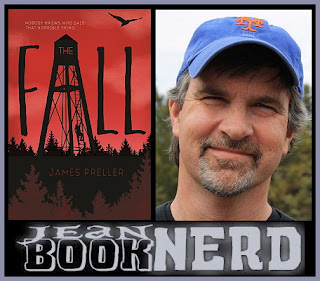 James Preller (born 1961) is the children's book author of the Jigsaw Jones Mysteries, which are published by Scholastic Corporation. He grew up in Wantagh, New York and went to college in Oneonta, New York. After graduating from college in 1983, James Preller was employed as a waiter for one year before being hired as a copywriter by Scholastic Corporation, where he was introduced (through their books) to many noatable children's authors. This inspired James Preller to try writing his own books.

James Preller published his first book, entitled MAXX TRAX: Avalanche Rescue, in 1986. Since that time, James Preller has written a variety of books, and has written under a number of pen names, including Mitzy Kafka, James Patrick, and Izzy Bonkers.

James Preller lives in Delmar, New York with his wife Lisa and their three children.

*Note: Not responsible for Lost or Damaged Prizes in your Mail Box*
a Rafflecopter giveaway
Nerd Blast Organized by