JASMINE's THOUGHTS on The Historian by Elizabeth Kostova 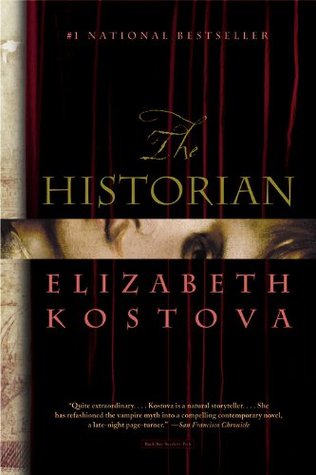 Synopsis:
To you, perceptive reader, I bequeath my history…

Late one night, exploring her father’s library, a young woman finds an ancient book and a cache of yellowing letters addressed ominously to ‘My dear and unfortunate successor’. Her discovery plunges her into a world she never dreamed of – a labyrinth where the secrets of her father’s past and her mother’s mysterious fate connect to an evil hidden in the depths of history.

The letters provide links to one of the darkest powers that humanity has ever known-and to a centuries-long quest to find the source of that darkness and wipe it out. It is a quest for the truth about Vlad the Impaler, the medieval ruler whose barbarous reign formed the basis of the legend of Dracula. Generations of historians have risked their reputations, their sanity, and even their lives to learn the truth about Vlad the Impaler and Dracula. Now one young woman must decide whether to take up this quest herself-to follow her father in a hunt that nearly brought him to ruin years ago, when he was a vibrant young scholar and her mother was still alive. What does the legend of Vlad the Impaler have to do with the modern world? Is it possible that the Dracula of myth truly existed-and that he has lived on, century after century, pursuing his own unknowable ends? The answers to these questions cross time and borders, as first the father and then the daughter search for clues, from dusty Ivy League libraries to Istanbul, Budapest, and the depths of Eastern Europe. In city after city, in monasteries and archives, in letters and in secret conversations, the horrible truth emerges about Vlad the Impaler's dark reign-and about a time-defying pact that may have kept his awful work alive down through the ages.

Parsing obscure signs and hidden texts, reading codes worked into the fabric of medieval monastic traditions-and evading the unknown adversaries who will go to any lengths to conceal and protect Vlad's ancient powers-one woman comes ever closer to the secret of her own past and a confrontation with the very definition of evil. Elizabeth Kostova's debut novel is an adventure of monumental proportions, a relentless tale that blends fact and fantasy, history and the present, with an assurance that is almost unbearably suspenseful-and utterly unforgettable.
source 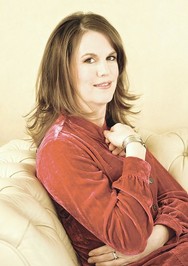 Elizabeth Z. Johnson Kostova was born Elizabeth Z. Johnson in New London, Connecticut and raised in Knoxville, Tennessee where she graduated from the Webb School of Knoxville. She received her undergraduate degree from Yale University and a Master of Fine Arts from the University of Michigan, where she won the 2003 Hopwood Award for her Novel-in-Progress. She is married to a Bulgarian scholar.

Her first novel, The Historian, was published in 2005, and it has become a best-seller.

Kostova released her second novel The Swan Thieves on January 12, 2010.

Since starting this blog, I have started to remember books I have read before this. And, there have been some that were memorable reads. The Historian by Elizabeth Kostova is one read that I enjoyed. It's funny that when I first saw this book at Borders... Yes! Borders...LOL! It has been a long time. It caught my interest when I was looking in the store. The first thing that caught my interest was that... It's about vampire lore, then it refers to the Dracula lore....that pretty much was it! I just had to get it and read it! But, before making the purchase, I read the synopsis, and I was hooked.

Well, first off, I have to say that it is not an easy and quick read. I pretty much figured as much when I got the book. Well, don't let that deter you from reading it, especially if you like "hard" and "long" read on the classic Dracula/vampire lore. That's right! It's not one of those contemporary vampire fantasy books that are out now....Haha! Don't get me wrong, all these books with twists on vampire lore, is very entertaining and swoon-worthy since vampires are made to be irresistible.

Anyways, Elizabeth Kostova's The Historian takes readers on a journey throughout Eastern Europe where readers go on a "hike" through history. Hence, this book may seem "slow." I thought it was slow, but methodical, as these characters search for the "truth" on the Dracula lore...the "truth" of the existence of vampires. It's deep and engrossing read, filled with rich detail which sets up the historical views and atmosphere. The style of writing is fitting for this story...thoughtful, suspenseful, and engaging.

I would have to say that this is one that I can add to my "favorite reads ever"...that's if I even kept track...haha! But, I do have to say that, despite the long and complex read, The Historian is definitely a memorable and intriguing read that kept the mystery of Dracula "alive."

Posted by Jasmine Albitos at 4:15 PM