We are thrilled to be taking part of this exciting Blog Tour for Abbie Roads' Saving Mercy, the first book in a brand new Paranormal Romantic Suspense series, the Fatal Truth series! This is an Excerpts and Reviews tour. On our tour stop today, we have a sneak peek into the book with an excerpt! We even have the book trailer to share with you, too! Plus, we have a tour-wide giveaway to share! Follow the tour and check out all the various reviews and excerpts... tour schedule at the end of this post!

*Excerpt*
The rain came down gray and thick as a shroud, blurring his vision of the world. He flipped on the wipers and pulled out of the hospital parking lot onto the road. Fat blobs of smacked the windshield loud as marbles being tossed against the glass. Was that hail? As if it mattered. His car was trashed.

Cain had covered the passenger seat and all Mac’s blood with a blanket he kept in the trunk. Even though his view of all that crimson was blocked, his mind knew it was there and his eyes kept wandering to the blanket, calling up the image of the dark stickiness coating the seat and the floor. All that blood was playing touchy-feely with his sanity. And he wasn’t in the mood for games.

He drove past a gas station, a fast food restaurant, a person walking alongside the road. His foot hit the brake before his brain had a chance to talk him out of it.

Her hair was slicked to her skull, her clothes—his clothes—were sucked to her body, doing a shitty job of hiding her curves. At least the T-shirt she wore was black, not white. He pulled over to the berm and watched her in the rearview mirror.

She stopped walking, stared at the car—knew it was him—but didn’t move. Could he blame her for not wanting to be around him after what he’d said to her? Not really. And yet, he couldn’t leave her alone and walking in the rain with Payne still out there. Not to mention that she didn’t have anyone or anywhere to go.

She still hadn’t moved from her spot. He left the car running, opened his door and got out. The rain slapped him—frigid, bordering on icy, soaking his clothes and dripping in his eyes. The pressure of it hitting the wounds in his bicep and shoulder made him wince. But that was all the attention he’d give to the pain.

“Get in the car.” The words came out harsher than he’d intended.

She crossed her arms in front of her chest, lifted her head, and somehow managed to stare down her nose at him even though she was almost a foot shorter. “No.” She said the word as if it didn’t matter that they were standing in the middle of a downpour.

“Get in the goddamned car.” This time the words came out loud and angry sounding. Like that was going to win her over. What was his problem?

“Fuck you.” She looked miserable—all wet and shivery and yet feisty and taking none of his crap.

He should soften his tone. He should try to be nicer. He should, but his inner asshole seemed attracted to her inner bitch. “Where are you going? No where. You don’t have anywhere to go. You don’t have any money. You don’t have friends.” His voice softened and filled with some emotion he couldn’t name. “You don’t have anyone looking out for you, caring for you, able to help you in a pinch. You got no one.” He sucked in a breath and when he spoke next his voice was soft and pleading. “Except me.”

The moment he finished speaking he wanted to retract every goddamned one of those words he’d spoken. “I’m…Shit…” He ran a hand through his soaking hair. “Goddamn it. I’m a dick. Okay?” He softened his tone. “Now will you please get in the car?”

Her shoulders straightened, her chin lifted, and she walked forward without looking at him. He expecting her to stomp past the car, but she yanked open the passenger door and got in. Seconds passed where he just stood here, getting even more wet, and staring at the back of her head poking above the headrest.

“Now what?” He asked himself. Just what was he going to do with her? Drop her on Dolan? Yes. No. Yes. No. No. No. The last time he tried dropping her on someone she’d almost gotten hurt. If Mac hadn’t been able to keep her safe, he sure as shit wasn’t going to trust Dolan with her.

He got back in car. Every inch of him soaked. He brushed his hair back off his face and wiped the water from his eyes.

She stared out the passenger window, refusing to look at him. He reached over and touched her shoulder. Underneath his hand, her body tensed, then trembled. Shit. Was he scaring her?

He wrenched his hand off her and wanted to use the damned thing to slap himself around a little. Maybe then he’d get it through his stupid brain that she was fucking frightened of him. Too many words flooded his mind and he didn’t know which ones to say. The I’m-sorry ones. The I-won’t-hurt-you ones. The I’m-an-asshole ones. The I-don’t-know-what-to-do ones.

She turned to him. Rain slicked her cheeks. Or was that tears? Her beautiful eyes were the color of tropical waters—deep and fathomless. He held up his hands in a show of surrender and she flew across the console at him.

He closed his eyes, braced for the blows, but none came.

Instead, slender arms wrapped around him, her hair, cold and wet dripped against his chest, but her cheek over his heart was warm—so warm.

Maybe he’d had a stroke or something because this felt like she was hugging him. And that couldn’t be. Could it? He opened his eyes and looked down at her.

Yep. She was wound tight around the front of him. And suddenly his brain let him feel the total sensation of it. Of being held tight as if he mattered to her. He let his arms fall around her and squeezed, pressing her tighter to him. Damn, this felt good. She felt good. It was oddly comforting to have her clinging on to him so tight.

He closed his eyes and memorized the pressure of her arms around him and the way her hands pressed into his back. The way she felt in his arms, the subtle ripple of her spine and ribs underneath his fingers, the way her skin felt warm against his when every other part of him was cold.

If he’d been given a Stop Time button. This was the moment he would’ve used it. Here, holding her—the gentle lullaby of rain playing in the background—was the only perfect moment of his entire life. 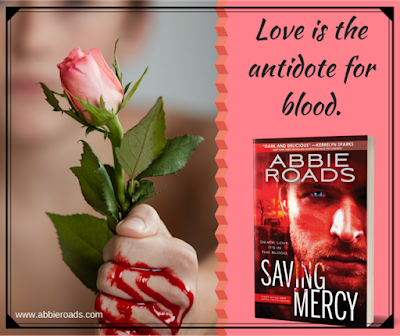 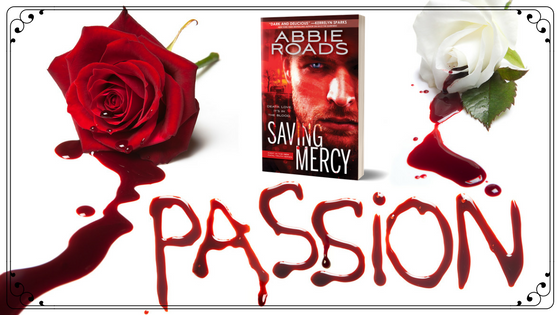 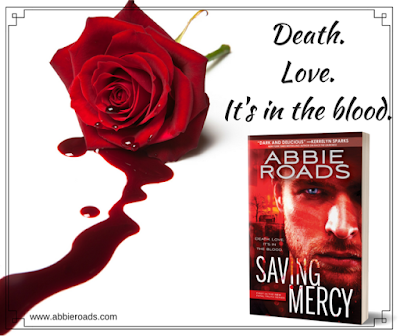 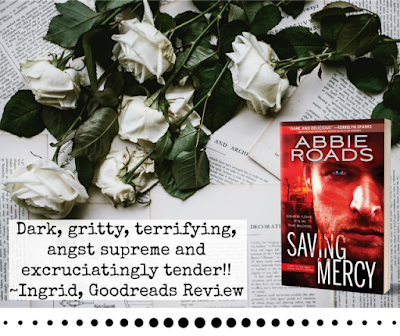 April 14
Words We Love By – Review

April 17
A Fortress of Books – Review