We are thrilled to share with you this Excerpt Reveal for Kristen Proby's Easy Magic, the fifth title in the Boudreaux series! Take a trip to the Big Easy and fall in love with Beau and Mallory's passionate story in this next sexy and captivating standalone title in this series! Check out the excerpt below and pre-order your copy today! 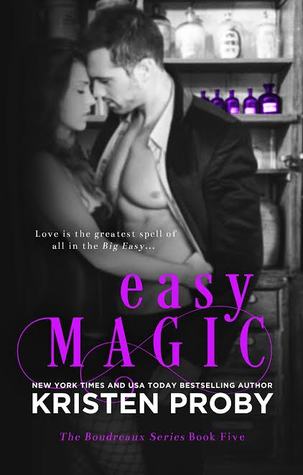 As the co-CEO of Bayou Enterprises, and the eldest of the Boudreaux clan, Beau is the epitome of these. Now that his baby sister Gabby is happily settled down, Beau has moved into the company loft in the heart of the French Quarter to be closer to his office while his own home is built. He doesn’t have time for anything but the family he adores and the company that drives him.

If only the bewitching owner of the herb shop downstairs from Beau’s loft wasn’t so damn tempting.

Mallory Adams is living the life. The good life. The best life for her. After years of hiding who she is, and the gifts she’s been cursed with, Mallory opened her little shop in the French Quarter, offering herbs and lotions for anything from soothing a sunburn to chasing those pesky ghosts New Orleans is known for out of a client’s home. Some call her eccentric, and some say she’s simply odd, and that’s okay with her. She is a bit odd, but in her experience, all of the best people are.

When an old pipe bursts in the loft above her store, flooding her storeroom, Mallory comes face to face with Beau Boudreaux, and she doesn’t need the clairvoyant abilities that have been passed down through generations to know that she’ll never be the same. Beau is her exact opposite; serious, straitlaced. He wears suits for Pete’s sake and probably wouldn’t know the difference between arnica and flaxseed if his life depended on it. But when he touches her, the electricity is through the roof and she’s smart enough to know that a chemistry like theirs doesn’t happen every day.

Can two people so very different possibly find their way to happily ever after?

*Excerpt*
I turn to look at him and he’s leaning against the door jamb, watching me with lust written all over his face.
I don’t have to be psychic to see it.
He wants me.
He slowly pushes away from the door and moves toward me, his shoulders broad in the white button down shirt, his arms hard where the shirt is rolled to his elbows. His jaw tightens as he gets closer, towering over me because he’s so damn tall, but I’m not afraid of him in the least.
He doesn’t say a word as he lifts his hand to cup my cheek, his thumb brushing under my eye. I wrap my hand around his wrist and lean into his touch, soaking up his warmth. God, I’ve missed being touched.
Being touch by Beau is like being touched for the first time in my life, and I never want him to stop.
He lowers his lips to mine, brushes them lightly, nibbles the corner, and then sinks in for the kiss of my life. He gently urges my mouth open, and licks my lips, and devours me. His hand dives into my hair, and the wall is suddenly at my back as he continues to explore me in ways I didn’t even know existed.
He braces his free hand on the wall above my head, and I fist my hands in his shirt at his sides, holding on for dear life.
Finally, he pulls back, breathing hard, his eyes bright and dilated.
And in the moment, I know. His touch is safe. I can trust it. Him. I’m not bombarded with someone else’s emotions, and I am free to simply feel my own while being intimate with him.
“So that’s what all the hoopla’s about.”
He smirks, and I realize I spoke aloud again, but I’m not embarrassed. Not in the least.
He takes a deep breath and drags his knuckles down my cheek.
“I want to keep you here all night,” he murmurs before kissing my forehead. “So I’d better take you home.”
I smile. He could talk me into staying. But he’s not. And I’ll be damned if that doesn’t make me like him even more. 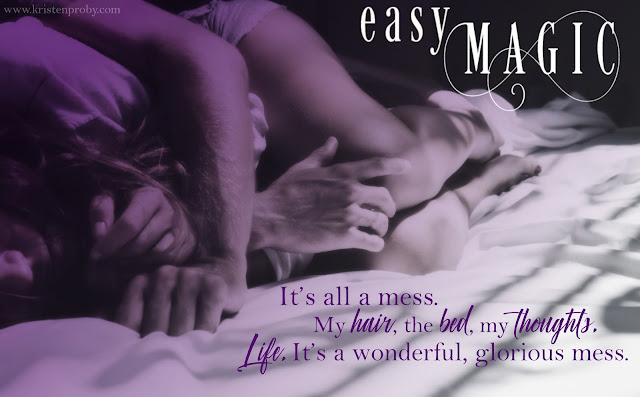 Don't miss the previous titles in the Boudreaux series!