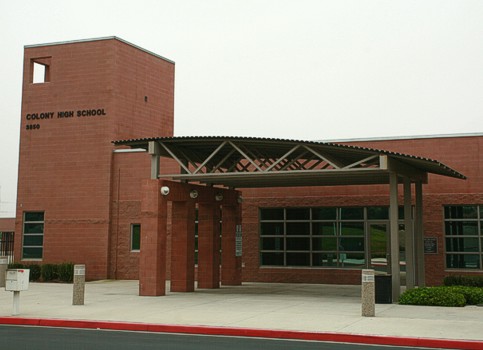 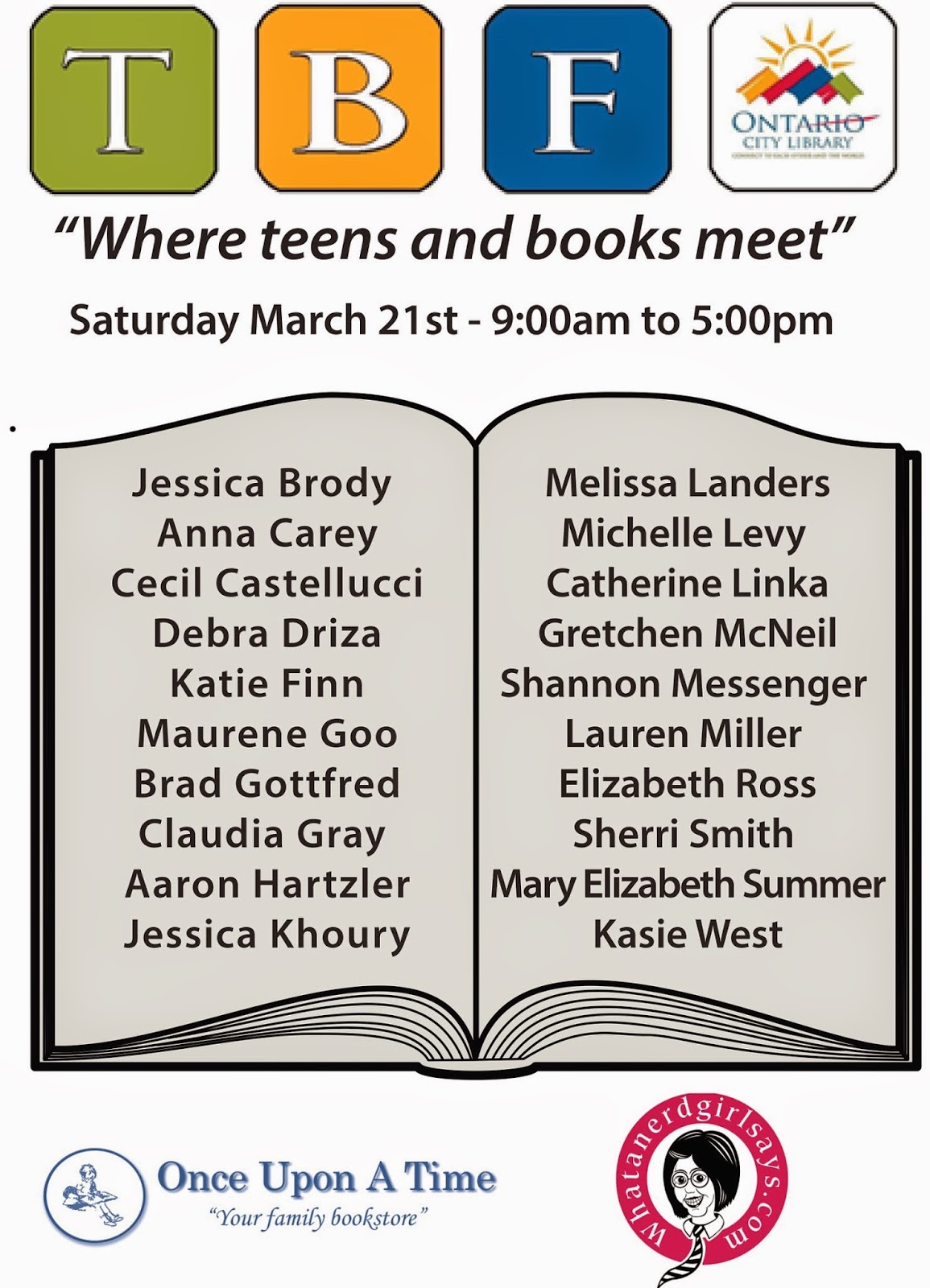 Today, I get to spotlight the amazing bestselling author, Gretchen McNeil!

My daughter and I had the amazing pleasure to have met her at a few events! We found that attending these amazing authors at various events is always memorable and fun as we meet authors and other fangirls, and build that fan-author relationship that many fangirls cherish and respect. 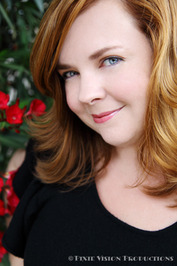 Gretchen McNeil is an opera singer, writer and clown. Her YA horror Possess about a teen exorcist debuted with Balzer+Bray for HarperCollins in 2011. Her follow up Ten - YA horror/suspense about ten teens trapped on a remote island with a serial killer - was a 2013 YALSA Top Ten Quick Pick for Reluctant Young Adult Readers, a Romantic Times Top Pick, a Booklist Top Ten Horror Fiction for Youth, a finalist for the 2015 Evergreen Young Adult Book Awards, and was nominated for "Best Young Adult Contemporary Novel of 2012" by Romantic Times. Gretchen's 2013 release is 3:59, a sci-fi doppelganger horror about two girls who are the same girl in parallel dimensions who decide to switch places. Gretchen's novels have been optioned by Hollywood production companies, and have sold internationally in Chinese, Spanish, and Turkish.

In 2014, Gretchen debuts her first series, Don't Get Mad (pitched as "John Hughes with a body count") about four very different girls who form a secret society where they get revenge on bullies and mean girls at their elite prep school. The Don't Get Mad series begun September 16, 2014 with Get Even, followed by the sequel Get Dirty in the summer of 2015, also with Balzer+Bray. In addition, Gretchen contributed a essay to the Dear Teen Me anthology from Zest Books.

Gretchen is a former coloratura soprano, the voice of Mary on G4's Code Monkeys and she sings with the LA-based circus troupe Cirque Berzerk. Gretchen blogs with The Enchanted Inkspot and was a founding member of the vlog group the YARebels. She is repped by Ginger Clark of Curtis Brown, Ltd.

The Don't Get Mad Series:

Gretchen's upcoming Manic Pixie Dream Girl is set to be released Fall 2016! Here's a short blurb of what her next book is about. Add it to your Goodreads TBR list!

Blurb:
When math-minded control freak Beatrice loses her boyfriend to the quirky new girl in school, she sets out to reinvent herself as a classic manic pixie dream girl in order to win him back.

*My Interview with Gretchen McNeil*

1. Thank you for taking the time from your busy schedule for this interview! I thought we could start with the all-too-common question, especially for readers who are new to your books, what inspired you to become a writer? When did you know you wanted to become a writer?
I came to writing very late - in my mid-30s, actually. And never in my life before that point had I ever wanted to be a writer. I never even kept a journal! But when I was 33, I went through a very difficult, very painful divorce. I had lost my sense of self - had stopped singing professionally, had become involved in my husband's career which was no longer available to me. And one day I woke up and said to myself, "I'm going to write a novel." And I did. And it sucked. But I got addicted to storytelling and seven years later, here I am!

2. Why write young adult books?
My first novel (see above) was actually adult chick lit, which I stubbornly queried. It racked up 134 rejections (see? I told you it sucked!) but there were two agents who, while they didn't offer to rep it, suggested that the voice sounded more like YA. I was like, "What the hell is YA?" Because when I was a teen there was no YA section in the bookstore. We had Babysitter's Club, Sweet Valley High, and Christopher Pike. But I went and picked up a few new YA titles and realized that yes, my voice did sound like it was suited to a 16-year-old girl. And the next book I wrote was YA. I landed an agent within two weeks of querying.

3. Many of your books revolve around the horror/suspense genre, what's your driving inspiration to write in this genre?
Let's see - three for sure, and I think that Get Even and Get Dirty, while lighter in tone, are definitely mystery/suspense. So...all of them? HA! Actually, I have two novels out in 2016, and one of them, Manic Pixie Dream Girl, is a YA contemporary. No dead bodies!

4. Do you have a scary moment in your life that really got under your skin?
I hate spiders. A lot. No joke. I remember distinctly as a child being unable to sleep one night because a spider was slowly crawling across my ceiling. *shivers*

5. What did you enjoy most and least as an opera singer?
I loved being on stage: creating a character, learning and growing with the other actors on stage, becoming someone else for a few hours. But the hours and hours and HOURS of practice involved in order to make a real career? That was my down fall. I'm too ADD.

6. What were you doing/where were you when you found out your first book got published?
I was at my day job.  I had to ask a coworker to answer the phones so I could take the call from my agent.  (FYI, I still work that day job, though only part time now.)

7. What can you tell readers about your latest series, Don't Get Mad Series, and what to expect in the following books?
Don't Get Mad was pitched as "John Hughes with a body count" and I had SO much fun writing them.  A huge cast, a list of suspects a mile long, and hopefully, a satisfying murder mystery wrapping up at the end of the second book. Get Dirty comes out June 16th and I'm really hoping people like the "Further adventure of DGM."  And of my favorite character Ed the Head.  I love him.

But seriously, when I hit a wall it means something isn't working so I either go back and try to figure out where I made a wrong turn, or skip ahead to a scene that's blooming in my mind.  Frequently, I find the scene I skipped was unnecessary in the first place!

9. What are you working on now? What can you tell us about it?
I'm about a third of the way into the first draft of Manic Pixie Dream Girl, coming out in Fall 2016 with Balzer + Bray.  It's about a math-minded control freak who loses her boyfriend to the quirky new girl in school and sets out to reinvent herself as a classic manic pixie dream girl in order to win him back.  I'm also editing a horror project called RELIC that was orphaned by the closure of Egmont USA.  But RELIC has found a home and I hope to be able to announce it soon!

10. What advice would you give to aspiring writers?
Keep your eyes on your own paper.  It sounds trite ,but it's SO true. It's very easy to get caught up in what everyone else is doing - getting agents, getting deals, getting deals that are larger than yours, going on tour when you're not, etc.  You can't control that, so you need to ignore it and focus on the one thing that IS under your control - the writing.

Thank you Gretchen for taking time from your busy schedule for this interview!

Giveaway is U.S. Only 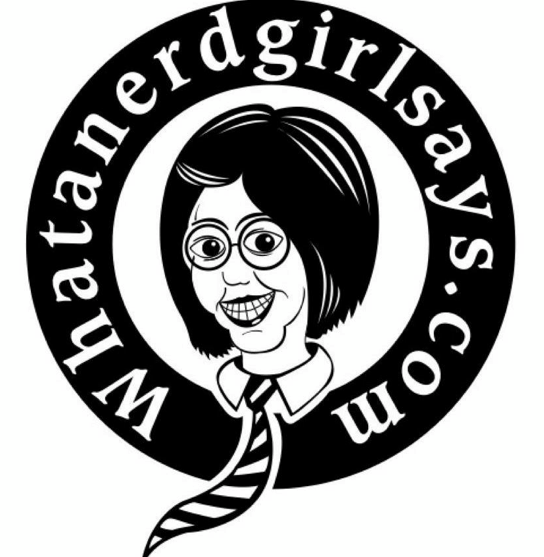