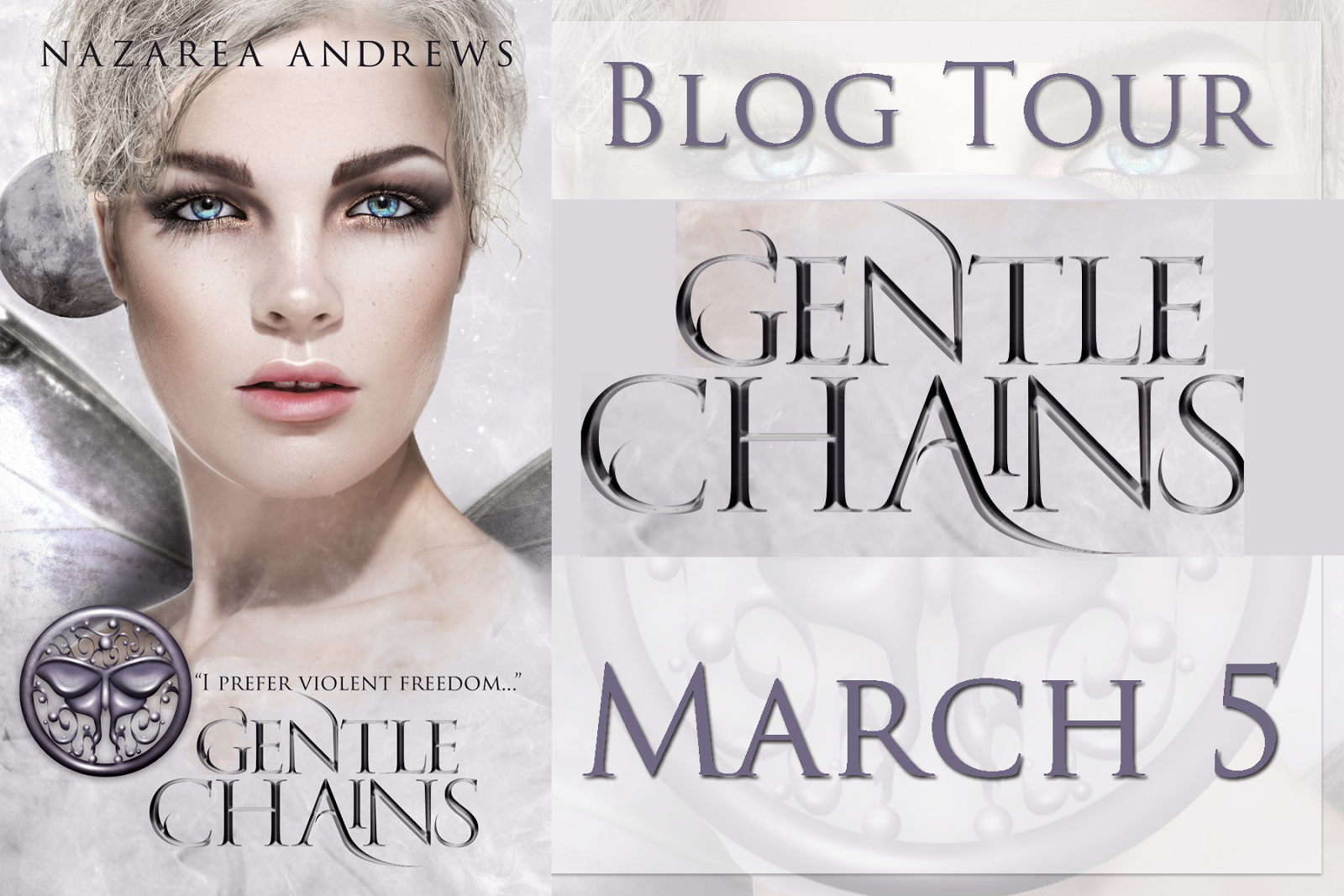 Welcome to the Official Blog Tour for Gentle Chains, Book 1 of The Eleyi Saga, by Nazarea Andrew! Today on my stop, we will share an excerpt from the book! 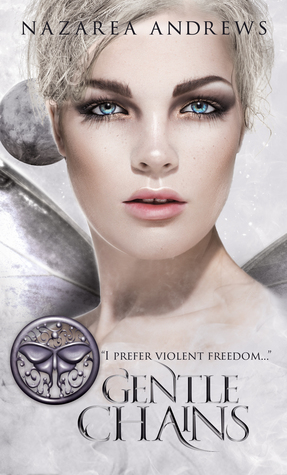 Synopsis:
When slavers steal Juhan and his twin sister Chosi from their home planet of psychics, their only comfort is in the fact that they’re together. When they are separated at auction, Juhan swears to find his sister, no matter the cost.

Juhan is bought by the spoiled daughter of a political scion. Caught in her glittering world of intrigue and politics, Juhan is startled to find Sadi playing a long game to change intergalactic politics and Juhan is merely a pawn in her game. But as his vow and Sadi's lies takes them across galaxies, he begins to wonder if his young owner is more than an arrogant rich girl. And he has to consider the cost of his promise—especially when people they both care for begin to die.

A galaxy away, Chosi is sold into blood sport. With her psychic ability, she earns a precarious position of value within the gladiator school, training the draken—wild creatures of smoke and fire—for the arena. In the midst of that hell, she forges a friendship with the slave Jemes and the draken she cares for. But when her defiance comes with devastating results, Chosi contemplates suicide as an escape from her chains. Yet, she can't forget the brother who promised to find her, and even as she welcomes the risk of death, she clings to that promise.

Spun across space and exotic worlds, Juhan and Chosi try to find each other, and home in a stunning story about the lengths love will take you.

*Excerpt*
He leads me back down the dark hallway, and despite the confinement, I breathe easier out of Henri Argot’s gaze.
“You don’t like being enclosed,” Kristoff says, when my wings twitch restlessly, the long edges brushing against my legs.
“No,” I say shortly and he glances at me, amused, before we enter a small bedroom.
There is only one bed, a detail that makes my stomach twist, threatening to send all I have eaten back up. I can’t do this.
“You’ll sleep on the floor. Henri doesn’t believe in coddling you. Tomorrow we’ll get you some gear, and practice a little—I’d like to get a feel for your strengths before we reach the jakta.”
“Why?” I ask, without thinking.
“Because I want an advantage when we get home. Did he clip your wings? Spread them; let me see.”
I shake my head, and Kristoff’s eyes narrow. Impatience and disgust fill his psyche.
Violence doesn’t. Which is why the blow to my kidneys stuns me. I half-crumple against him, wheezing. “Stand up and spread your wings.”
“No.”
Kristoff sighs, a noise that conveys regret and annoyance, and then he punches me again.
After each blow—the kidneys, my diaphragm, my ear, my face—he makes the same demand. I’m wheezing, blood pouring from my nose, and he cocks his head at me where I’m on the ground. “It’ll be your wings, next. Stand up and spread them.”
I straighten slowly, and this time I let my wings spread. The tips sting, and I flinch as they bump the door behind me. He watches, surprise flickering across his face. “Well, you are a rarity—a fighter and a le,” he murmurs, taking in my translucent, blue moth wings. Moth wings are rare—they usually morph into butterfly at puberty.
And anything rare has more value.
“How much do you know about the Eleyi?” I ask, folding them back and falling into the only chair.
Kristoff shrugs. “As much as you’d expect for a slave raised in the jakta. Enough to be knowledgeable, but not dangerous.” He gets a wet towel and hands it to me before he sits on the bed, watching me. “Do you have a name in mind?”
I shake my head. “I like my name.”
His lips twist, amused, “Your owner doesn’t. And that matters much more than your opinion.” I glare and he laughs. “You’re going to be difficult to break, aren’t you? You remind me of a slave we had from Ceren system. No one expected anything from her. Ja Argot bought her to be beautiful fodder. She was deadly in the arena, even though she was tiny. We called her Brielle.”
I let the name roll around in my head, taking its place. Except, it doesn’t.
It feels alien and Other.
It’s not me.