Plot Summary:
Mia Hall (Chloë Grace Moretz) thought the hardest decision she would ever face would be whether to pursue her musical dreams at Juilliard or follow a different path to be with the love of her life, Adam (Jamie Blackley). But what should have been a carefree family drive changes everything in an instant, and now her own life hangs in the balance. Caught between life and death for one revealing day, Mia has only one decision left, which will not only decide her future but her ultimate fate.

For the fans, made by the fans If I Stay poster! 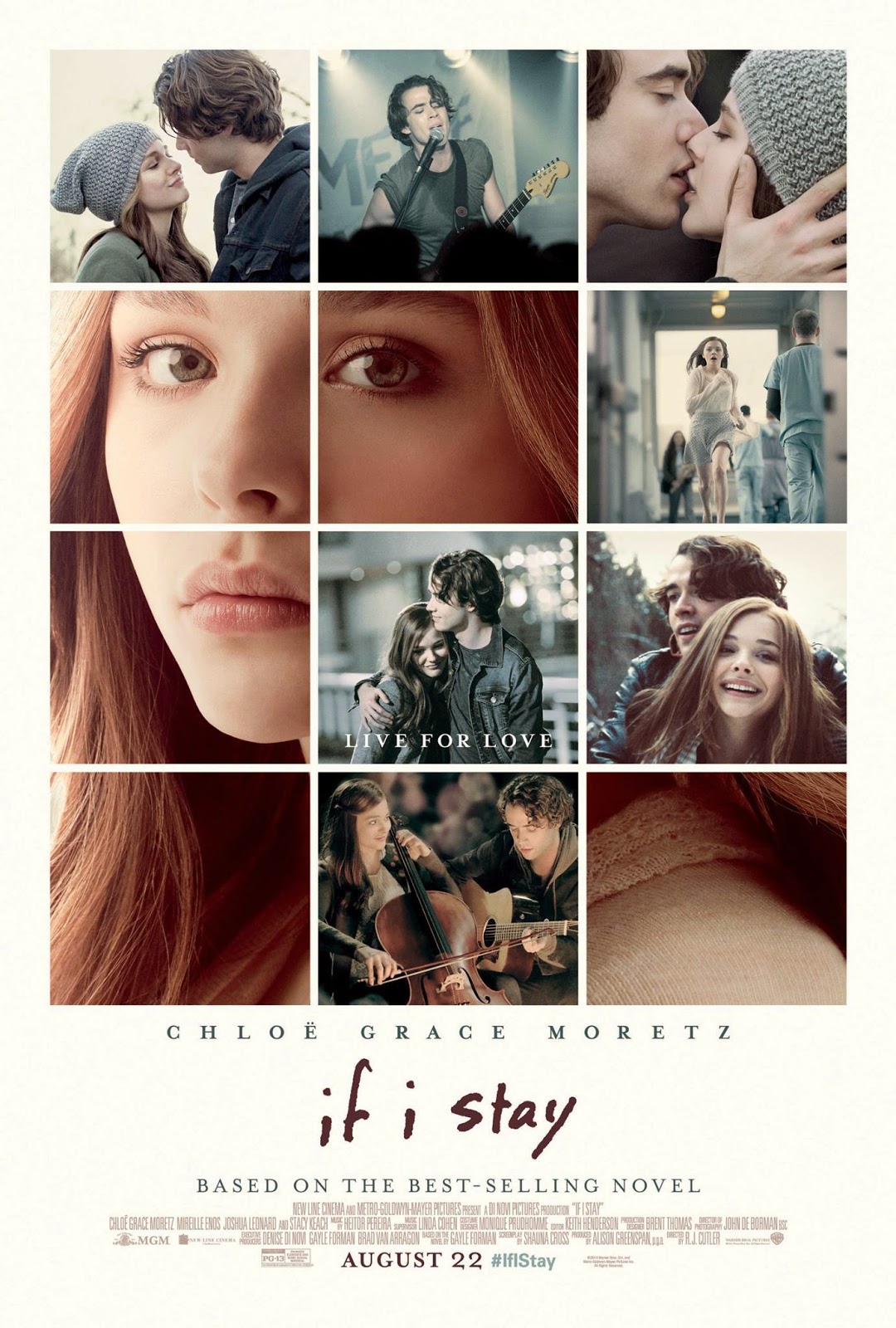 "If I stay, what would be my reason to continue?"

If I Stay is the second teen drama released this year and the first one I've seen out of the two, the other being The Fault In Our Stars. It emphasizes love, decision making, life, and loss. Our main character, Mia Hll, played by Chloë Grace Moretz, is truly relatable as an ordinary girl; the story of life and coming of age. She makes future decisions, romantic decisions, and the most important one: life or death. The characters in her life can easily be parents, her wacky best friend, and "the love of her life." The cast played a beautiful performance and very convincing, not a single moment of hesitation. They brought the characters to life, a family you would love to live next to with troubles you can sit down and talk about; the neighbors you've come to see as family.

The film itself is pictured in a soft, romanticized version of a snowy state; the white snow symbolizing innocence and a bleak hospital, a place to mourn and love. The movie progresses from flashbacks of Mia's life to the current events after the accident that put her in her coma-like state. Although predictable as to when the flashbacks occur they are pleasant short tales. And the music score is spot on.

This melodrama is aimed at teenage girls and young adults going through some tough times; I see it, can feel those feels. But not everyone seems to understand the messages of love and tragedy in If I Stay, to give them deeper meaning.

"All aboard the feels train," If I Stay is heartwarming and a symphony of a movie.

Posted by Mariah Bonifacio at 12:44 PM