Welcome to the release of a NEW COVER for Chelsea M. Cameron's first book in the Whisper Trilogy... 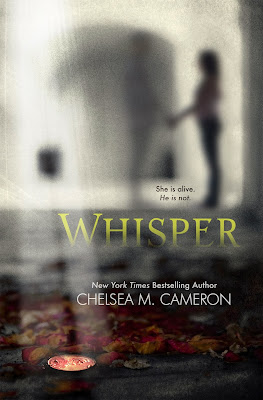 People think I'm crazy. Maybe I am, since I've been able to talk to spirits for as long as I can remember. They are the forgotten, the souls who have unfinished business and can't cross over. I help them, or at least I try to. There's this one in particular, Jack, I call him, who's been following me around a lot. Usually they tell me what they need to do and move on. Not him.


It isn't until he brings another spirit, Tracy, the victim of an unsolved hit-and-run accident, that I know for sure he's something more than just your average spirit. Then I start seeing him. And feeling his touch. And falling for him.

In our quest to get justice for Tracy and help her move on, Jack and I become something more than just a dead boy and a living girl. I'm just waiting to see what happens next… 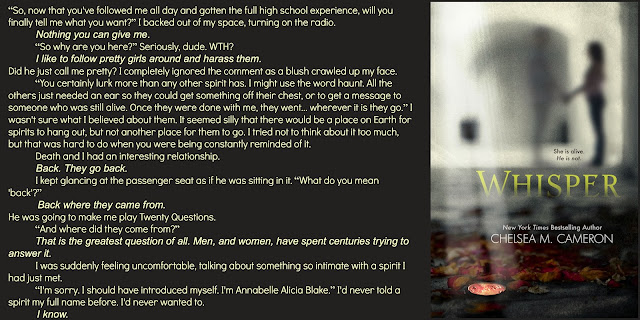