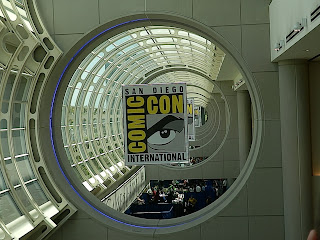 So, we have survived another year at the San Diego Comic Con! And, as always, the Con did not disappoint with the grueling schedules and the abundance of fun in and outside of the convention center. This event definitely brings together fans, from around the globe, of everything from comic books, books, TV shows and movies. And, each year, it just gets bigger and bigger.

This is our third year attending Comic Con, and every year, we prepare an entire year for this. Our excitement mounts as months turns to days, then to hours as we get closer.  What made it all real that the Con was upon us was when the schedule was finally posted.  As soon as we looked over the schedule, our stress level increased...haha!!!

There's so much we wanted to do, but we couldn't do everything. Not only did we try to plan out our four days in the convention center, we had to "squeeze" in panels at The Nerd HQ!!!  Yes! There was no way we could miss that! We have been going to Nerd HQ since it started in 2011! Even though we had planned out our four days, we didn't necessarily stick to it...haha!!! All four days was filled with excitement, fun and chaos...haha! 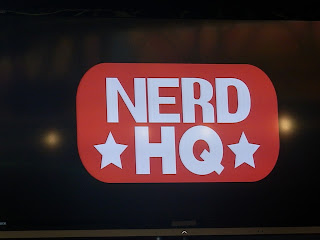 And, for those that are huge fans of Zachary Levi and Nerd HQ, The Nerd Machine merchandise was also available for purchase! It was totally AWESOME!!! Since I didn't purchase any during the Con, I will just order merchandise from their site. I definitely need to get some new Nerd Machine stuff!
The wasn't just confined to the convention center and the surrounding hotels, we also enjoyed our time at the Nerd HQ sitting in panels and checking out the games that were set up for fans to play and to enjoy. This year, we sat in two panels at Nerd HQ...The Maze Runner and I, Frankenstein!

To make these amazing panels (Conversations for a Cause) at Nerd HQ, all proceeds from Nerd HQ goes to benefit Zac's favorite charity, Operation Smile! 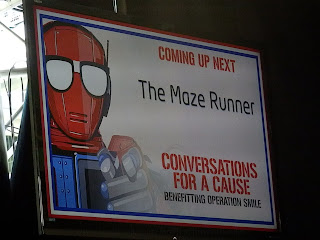 As always, the talents from The Maze Runner and I, Frankenstein were fun and entertaining as they answered fan questions. Yup! Zachary Levi has definitely put together an amazing line up of panels at the Nerd HQ! 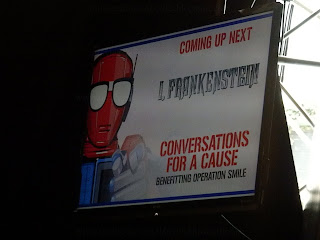 Check out the video of the I, Frankenstein panel at Nerd HQ!

For more videos of the various panels held at Nerd HQ 2013, go to:
http://www.thenerdmachine.com/nerd-hq/conversations-for-a-cause/ 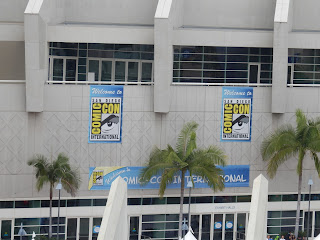 The entire Gaslamp Quarter was decked out for the festivities, from banners to elaborate set ups...and the amazing booths in the convention center!


Oh yeah! it's "no holds barred" when it came to putting up elaborate booths to draw in attendees. Many fans, as well, went all out dressing up in their favorite cosplay. 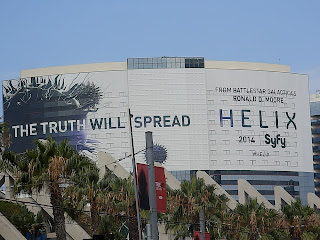 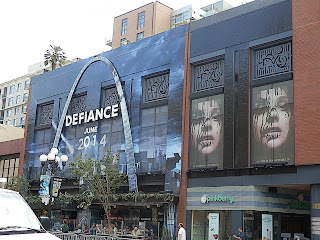 We met a variety of fans in the lines for signings, swag and just walking the exhibit hall! Amazing how thousands of people come together to this massive convention of comic books, books, television, movies, anime and video games. We even ran into friends! It can be difficult to put into words...but, the pictures! The pictures can show how massive, exciting, fun and exhausting this Con can be...haha!! 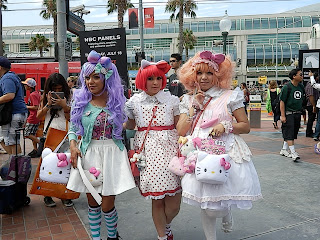 No matter which way we turned, the Gaslamp Quarter was completely decked out with movie banners... 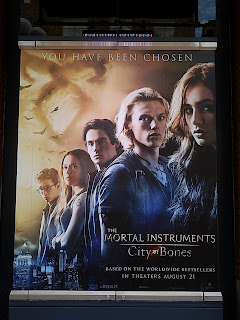 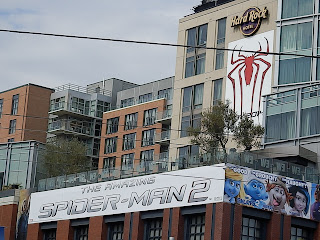 In addition to meeting a variety of celebrities, we met a few favorite authors! These meetings definitely added to a memorable ComicCon experience!
All in all, we had a blast! We were definitely exhausted...haha! Nevertheless, every year, we attend the San Diego Comic Con, the fun doesn't stop for the entire four days! Five days...if you got preview night! Now, we have to get ready for next year! Yes! It takes us a great amount of time to prep for the next Con!! Hahaha!!!
Til the next San Diego Comic Con!!!

Check out the full photo albums of our fun-filled four-day adventure at the San Diego Comic Con!

Posted by Jasmine Albitos at 9:58 PM