After Leigh Bardugo's Fierce Read Tour, she still made time for a few signings in the Los Angeles, CA area. Hence, my excitement for her signing event at Mysterious Galaxy bookstore event in Redondo Beach. At first, my plan was to go to Barnes & Noble at The Grove, but there was a conflict with another author event...but, I'm not going to go into that quite yet. That's another post for later...haha!!

Where to start!! Friday morning, June 21, 2013, I checked out my Twitter feed, low and behold, Leigh Bardugo has been tweeting about the event! She even mentioned that she will have "swag!" Not only "swag" was mentioned, a guest host was also mentioned, Robin Lafevers, author of the His Fair Assassin series, Grave Mercy and Dark Triumph! Now, my excitement escalated another notch. Now, knowing that traffic can be a "pain in the ass," I decided to leave somewhat early...we pretty much left Coachella about 1PM.  Well, that was how excited I was..haha! My daughter and I were soon on our way to a fun night with a couple of awesome authors. 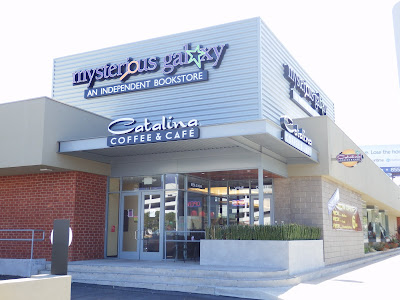 It was a sunny and beautiful day in Redondo Beach! We made good time to Mysterious Galaxy bookstore where this exciting author event was held.  We purchased our books and patiently waited in the coffee cafe that also shared the building with the bookstore. Not only were we waiting for the authors, other booknerd friends were also on their way to this event. As time passed, fans trickled in to the store to meet these fun authors. With that said, the excitement in the atmosphere was definitely filling the store. Soon enough, the staff arranged the event area. 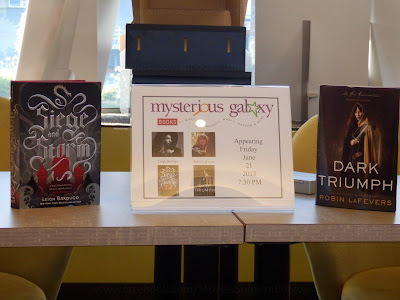 Soon after everyone took their seats, Leigh Bardugo and Robin Lafevers arrived. And, the event and the fun began! It was such an amazing night! Both authors enlightened the audience with so much animated discussion on their books, their characters, ideas and writing. Not only did they share their thoughts about the whole YA trend, they also discussed points of views in their stories and advice for aspiring writers. It was definitely a fun night filled with awesome information about the great books readers enjoy! Wow! What an amazing turn out! With the arrival of more fans, the event area became "standing room only" since all the seats available were all taken.

The discussion began with the "favorite character" question in which Robin Lafevers asked of Leigh Bardugo, as seen in this first clip:

As talks on books continued, the topic of the "beauty standard" in YA novels was discussed with quite a bit of amusement, as seen in this second clip:

After host questions, the Q&A continued with audience questions in the next couple of clips:

In this fourth clip, a fan asked their thoughts on possible books on their character's points of view:

For a few of the fans, whom are aspiring writers, both authors were asked for advice on what references to use on how to start writing. Another fan then asked about character being inspired by real people they know, as we can view in the final two clips: 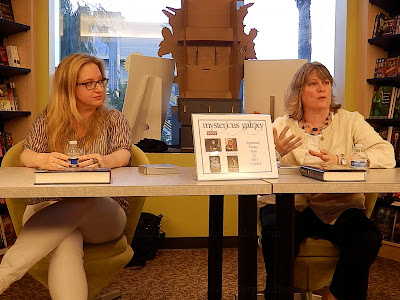 As the discussion ended, the signing began. The staff asked that everyone in seats to remain seated so that the fans that were sitting on the floor and that were standing could line up for the signing first. It was great that everyone proceeded with the signing "in an orderly fashion." Despite the excitement to meet both authors face to face, everyone did proceed accordingly. In addition to meeting Leigh Bardugo and Robin Lafevers face to face, we were able to take posed photos with them. They absolutely rocked that night!  Leigh even had some swag for her eager fans...me included! Robin even told me that she usually has swag for fans, but it was such short notice that she didn't bring any. I could only reply, "next time at another event." And, when there is another event, especially when the third book in the His Fair Assassin series is released, we will definitely be there. I'm just thrilled that she signed my books and got a pic with her!! Yup!!! I am so a booknerd...haha!!!

What a way to have a fun Friday night!

For more photos of this fun event, go to:
Movies, Shows & Books

Enjoy!
Posted by Jasmine Albitos at 4:11 AM