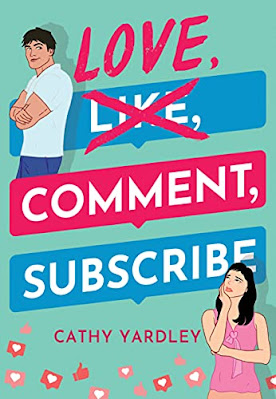 Genre:
New Adult
Contemporary Romance
Romantic Comedy
Series:
Ponto Beach Reunion, #1
Publish Date:
October 1, 2021
Publisher:
Montlake Romance
(imprint of Amazon Publishing)
Synopsis:
Back in high school, Lily Wang wanted to be popular, but she considered herself lucky to be part of a tight group of oddballs and honors students called the Nerd Herd. Now, at twenty-eight, she feels like she’s finally on the cusp of succeeding as a beauty influencer—if she can hit five million subscribers, brands will take notice and she could get her own makeup line.
Fellow Nerd Herd alum Tobin Bui has had a lot of success as a YouTube gamer. But the road to online stardom has been rocky. First, he disappointed his parents by dropping out of college, and now, after years of pranks, skits, and playthroughs, he’s struggling to come up with new content to satisfy his ever-growing fan base. His agents say he needs cross-audience appeal, a new twist.
When Nerd Herd frenemy Lily approaches Tobin about teaming up to do a video to bolster her brand and reinvigorate his, he agrees. But when their first collab video goes viral, their relationship heats up too. With the whole internet watching, will these two former misfits finally realize they’re perfect together?

*FREE on Kindle Unlimited*
Through September, Love, Comment, Subscribe is on Amazon First Reads, so Amazon Prime members get to read it FREE! 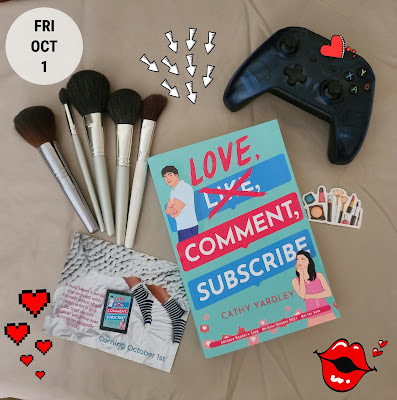 ~~~~~
*My Thoughts*
Note: This review contains NO spoilers
A first for me reading a Cathy Yardley book. Love, Comment, Subscribe did not disappoint. A sweet New Adult romantic comedy. Yes, the humor, the drama, the entertaining banter, the obvious chemistry among the characters, and (of course) the developing romance made this an entertaining and charming read. The love/hate friendship/relationship between Lilly and Tobin was adorable; the chemistry was not difficult to disguise. I found myself smirking, laughing, smiling, and tearing up through their story.
Revolving around a contemporary setting made this story relatable and realistic on some level or another to current contemporary social culture and relationships/friendships. Although I am not very well versed on social media culture, Love, Comment, Subscribe touches on the behind-the-scenes of such... I can only guess. I am no expert, but this delightful story delves in the complexities of relationships in today's social media world.
In the end, Love, Comment, Subscribe has that HEA (happily ever after) that's fitting for today's modern times...in particular, Lilly and Tobin's story. I absolutely enjoyed reading this touching and captivating romcom. I am definitely looking forward to the next story in this Ponto Beach Reunion series.
My rating:

Posted by Jasmine Albitos at 9:38 AM