We are excited to kick off this 5-day Book Blitz for Christina Bauer's Lincoln, the second title in the Angelbound: Lincoln series! Read an exclusive excerpt! Enter the blitz-wide giveaway for a chance to win. So, check it out and grab your copy now!

Synopsis:
***Experience the events of Angelbound from Lincoln’s perspective!!!***

When it comes to fighting demons, Prince Lincoln is the greatest warrior in the history of his people, the thrax. Now Lincoln faces his hardest fight yet…and it’s not on a traditional battlefield.

Lincoln is falling in love. And the girl is part demon.

Between a fated dance at the Ryder mansion…a life-changing walk through a hedgerow maze…and a massive battle with none other than the King of Hell…Lincoln realizes that he wants to share his life with Myla Lewis, the part-demon girl who has captured his heart. However, an evil thrax noble—the powerful Earl of Acca—is prepared to do anything to stop Lincoln and Myla from having a future.

But Lincoln won’t give up on his Myla. Ever.

To fight Aldred, Lincoln works to create a different kind of marriage—an Alliance of the lesser thrax houses against Acca. Sadly, just as Lincoln starts to makes some progress, the nobles who’ve joined his Alliance begin to vanish. Is Aldred behind the disappearances, or is someone else vying for power? When Lincoln discovers the truth, it upends his entire world, threatening his future with Myla in ways no one could ever have imagined. 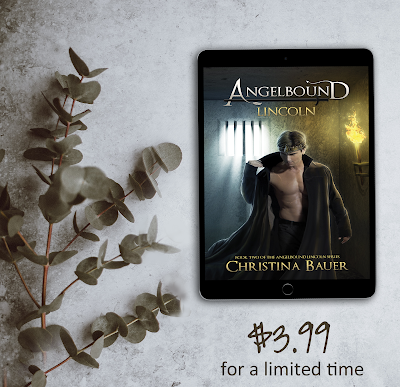 *Excerpt*
Before me looms a dissolus demon. Think about a waist-high glob of mayo—only both alive and deadly—and that’s the general idea.
No face.
No limbs.
Just mega-bacteria with attitude.
For hours, I hunted this creature through the forests of Purgatory. Why? I’m both part angel and a demon hunter. One of the thrax. Killing monsters is what my people do. Now I’ve cornered this slime ball (as in a ball literally made of slime) against the back wall of the royal stables.
All that remains is the kill.
This won’t be easy.
Little by little, I pin the dissolus against the wall with my body. The white goo of the demon’s exterior smears across the legs of my Kevlar armor. The creature’s round form pulses, heartbeat style. Reaching forward, I slip my hands through the monster’s outer layer, careful to keep my palms tipped at precisely forty degrees. Unless I use that exact angle combined with slow speed, the demon’s interior will transform from ugly slop into deadly acid.
Then I’ll be dissolved in seconds. Painfully.
Sweat beads down my spine as I search inside the monster. My goal is to find the creature’s nucleus—the equivalent of its heart—which is solid, transparent and egg-shaped. I shift my arms inside the demon’s gooey interior. Slurping sounds ricochet through the air. Across the stables, a horse whinnies. Adrenaline spikes through my system. There’s a time limit here. If I don’t grab the nucleus fast enough, then the demon’s insides will turn acidic anyway.
Again, death. Not a fan.
It’s an effort, but I somehow keep my motions slow and steady. All thoughts collapse into a single goal: Grasp the nucleus.
A familiar voice breaks up the quiet. “Interesting monster, eh?”
Seriously?
That’s Aldred, the Earl of Acca and an extraordinary scumbag. At this point, he and I are the only people in the stables, if you don’t count the demon. Aldred’s a portly fellow, middle aged with thinning hair and long jowls. His clan, the House of Acca, is a perennial pain in my royal backside. While I spent hours hunting the dissolus, Aldred followed behind at a safe distance. All the while, he released a steady stream of chatter.
“I said,” Aldred really drags out the word said. “Interesting monster, right?”
“Interesting isn’t the word I’d use,” I reply.
“What can I say?” Aldred steps beside me, scanning the scene. “I’m an earl, not a walking thesaurus.”
For a moment, I see myself in Aldred’s eyes. I’m Lincoln Vidar Osric Aquilus, High Prince of the Thrax. My family rules the land of Antrum, which is hidden far below Earth’s surface. The rest of the after-realms consist of the angels in Heaven, demons of Hell, quasi-demons in Purgatory, and the ghouls of the Dark Lands. At eighteen, I’m tall and broad-shouldered with brown hair and mismatched irises. I also happen to be leaning over a possessed blob of white goo the size of an engorged Hippity Hop. Being a demon hunter is rarely glamorous. Neither is being royal, for that matter.
“This is taking too long,” declares Aldred. With mincing steps, the earl creeps up beside me.
“Stay back,” I warn. “That’s for your own safety.”
“No, I shall kick it for you.”
“Absolutely not,” I counter. “You’ll end up losing your leg, and that’s if you’re lucky.”
Aldred holds his hands palms forward, in the universal motion for, it’s not my fault. “No need to get testy.”
Frustration sends my thoughts reeling. How did I end up here anyway? The answer flickers through my mind like images on a carousel. On orders from Verus, the Queen of the Angels, my family and I are temporarily residing in Purgatory, along with all our court. Since my people enjoy a medieval lifestyle, we’ve constructed cabins in Purgatory’s Alighieri Woods. This morning, a dissolus broke free from our royal menagerie. Cue me chasing the monster through the forest while the earl follows behind.
Which brings me to the present moment and imminent death. 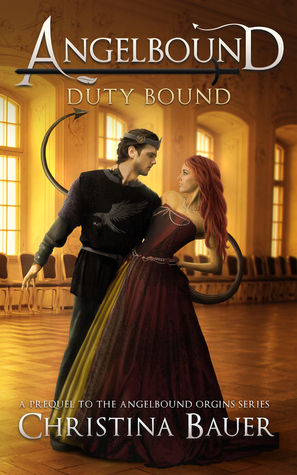 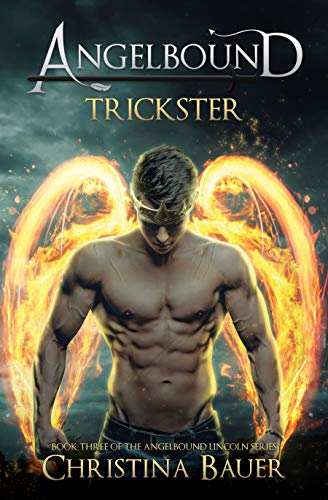 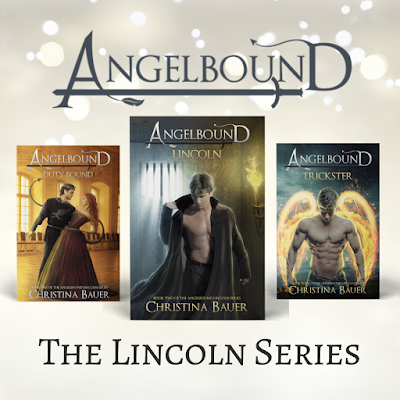