RELEASE DAY BLITZ: His Reason To Stay by Jennifer Hoopes

Today, we are excited to celebrate the release of His Reason To Stay, the first title in the Ellis Family Saga, by Jennifer Hoopes! To celebrate this book birthday, we have an exclusive excerpt AND an author-hosted giveaway to share!! So... Be sure to check it out and grab your copy now!!! 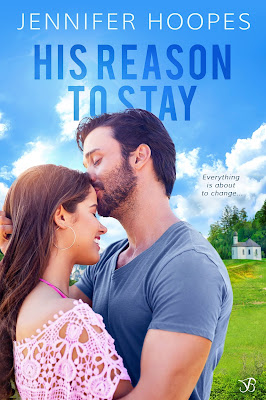 Synopsis:
Award-winning wildlife photographer, Elijah Ellis, has come back home due to the tragic accident that killed members of both his and his best friend Tabitha Brodie’s family. Despite their grief, Eli hopes that he and Tabby can pick up their familiar friendship. He’s never forgotten the way Tabby makes him feel—full of hope and a sense of home—but she seems determined to keep him at arm’s length.

Tabby has always loved Eli. He’s everything she wants in a man. But he left Gatlinburg to make a name for himself outside of his famous family.  Even though there’s no one better to help her through this time, she refuses to be an anchor to a life he never wanted. Not to mention Tabby’s hiding a secret that will change all of their lives.

As Eli and Tabby spend more time together, he’s determined to show her they could be perfect together. Too bad she’s spent years building her walls against him...

*Excerpt*
Fate was being exceptionally bitter today as footsteps sounded on the worn boards. Heavy footsteps.
She pushed off the floor, the damp cloth sliding off and landing with a thwack, just as her unwanted visitor came into view.
Oh, fate was just being a downright witch this morning.
“I knew I’d find you here.” He grinned. “It’s been far too long, Tabby.”
Elijah Ellis strode across the small space and enveloped her in a warm embrace. The heat of his body surrounded her and brought up memories she needed to drown. His scruff tickled her cheek as she forced herself to return the hug as a friend would. Pushed those passionate memories back down. Forced herself to toe the friend line even though their bodies had been more intimately acquainted one glorious—on constant replay—night.
She knew he’d return at some point. He’d missed the funeral, not surprising since no one in either her or his family had known exactly where he was, besides somewhere in Bolivia trying to photograph some elusive cat. But she was surprised at how long it had taken him to come home.
Thankful, but surprised.
Eli stepped back, and Tabby indulged for one moment. Catalogued his jet black hair brushing his shoulders, his brown eyes sucking her in with their charismatic twinkle. His swimmer’s body, firm and solid. And for a moment she needed to confide in him. Tell him her most treasured secret. A gift left behind. One no one else knew. One he could help her bear.
Increasing the distance between them, she forced the crazy notion back into a deep hole where the fantasy of her and Eli resided. Giving him any reason to feel protective of her or, rather, more protective than he normally felt was the wrong move. For all of them.
“It’s good to see you. You’ve been missed.” I’ve missed you.
Eli cocked his head to the side. “Are you okay?”
She waved his concern away. “As well as can be expected.”
He moved closer. “Tabby?”
And the floodgates opened. “I lost my sister, Eli. My sister and my father and brother-in-law in one fell swoop. No one’s okay.”
Steel arms folded around her, his chest shouldering the wracking sobs. No one had seen her cry like this. She’d held it together for almost a month. Not only for her stepmother and stepsiblings, but for the life inside her. But God, it felt good. Safe to be unburdening it to the one person who understood not just the loss but the repercussions. 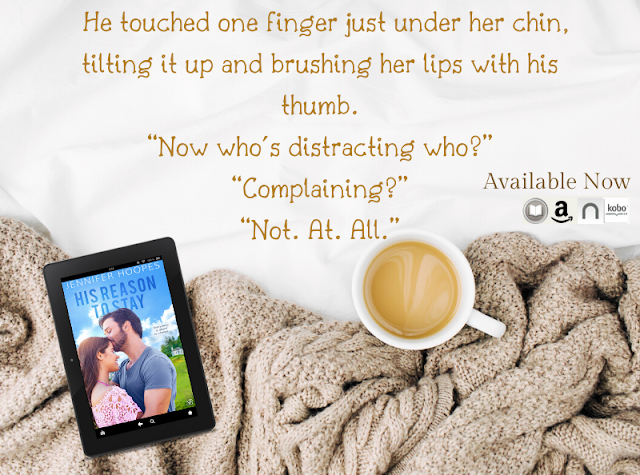 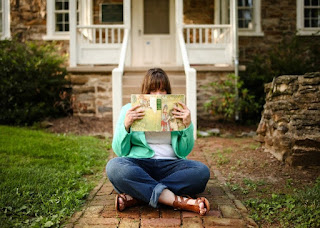 Contemporary romance author, Jennifer Hoopes, lives in a small town in Pennsylvania with her husband, and two daughters. Add two cats and a dog and the fur flies sometimes. Stories have been in her head for as long as she recognized every person had one and figuring out how two people meet and fall in love makes for a rewarding dream job.

When not writing she wears the many mom hats of PTO, dance, and music, all while driving a mean, mom-taxi. She loves caramel and roller coasters, plays a solo version of Carpool Karaoke, and cannot live without coffee and Jane Austen adaptations. 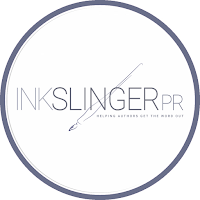